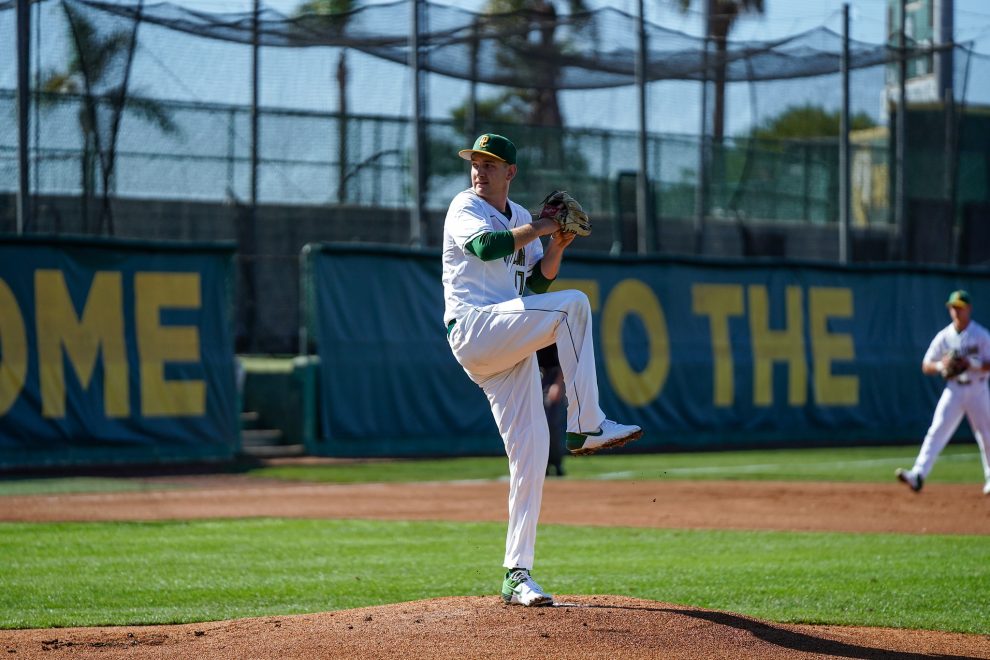 Last spring, the PLNU baseball team went 32-21 and won two games in the postseason before falling to UCSD, but the two postseason wins were the most for the Sea Lions since they moved up to Division II. Coach Justin James emphasized pitching as the most important key to success for the team. “I think that is the answer for any college baseball team is how deep the pitching is and how healthy they can stay throughout the season,” James said. Leading the team’s pitching rotation is senior Zack Noll, who was named PacWest Pitcher of the Year in 2019 and was listed as one of 11 Division II players to watch this year. Coach James is also excited about the depth of his team coming into the season, so a lot of guys could step up for the team. The team has started 4-4, but that includes two close losses to UCSD, who is No. 2 in the nation, and the expectations for the team are high this year.

Women’s golf is unique in that their season goes on during both the fall and spring, but the majority of the season takes place in the spring. The team had a successful fall campaign as they finished in the top-five teams at three of the four tournaments, and junior Alli Kim won the individual title at the Sonoma State Fall Invite. “The key to our team’s success is solid preparation, practicing with a purpose and always practicing with the intent to get better,” Coach Lance Hancock said. With only four players on the team, it is vital that each player perform at their best. “Truthfully, they all need to have breakout, improvement years in order for us to be relevant,” Hancock said. Freshman Tabetha Kang placed fourth at the PLNU Sea Lion Invitational, and she has already exceeded expectations for her first year.

After a middling season last spring where they finished 9-10, the men’s team looks to reload this year with a group of four new freshman joining four returning players, including three seniors: Yuki Okamoto, Tim Soderman and Mark Penner. With lots of new faces, Coach Curt Wheeler expects his team to improve as the year progresses. “Fans can expect to see high energy and very intense matches,” Wheeler said. Wheeler also believes that Okamoto is a player to watch on the team as he may be playing in both the top singles and doubles spot this year after improving his game each year. “I believe that his senior season will be his best,” Wheeler said.

Last season, the team finished 12-8 and made it to the quarterfinals of the PacWest Championships. This year, the team no longer has Shelby Groeneveld playing at the No. 1 singles position, but Ellie Gamble, Taylor McGowan and Gabi Armas will be the upperclassmen who lead this year’s team. The Sea Lions lost their first match with Azusa Pacific, but freshman Faith Pearson scored and won the lone match for the team. Coach Wheeler pointed to senior Ellie Gamble as a player poised for a big year. “Every year she has played at PLNU, she has played higher in the singles lineup, and there is a good chance that trend continues this year,” Wheeler said.

To open the season, the Sea Lions competed at the San Marcos Mangrum Preview, which was different for many of the athletes because the events are typically indoor ones. The top finishers for the Sea Lions came as senior Starr Rodenhurst won the javelin throw, freshman Lauren Foster placed second in the high jump and freshman Rahel Rudel finished second place in the 200m. Overall, the team finished in fifth place. Their home meets are March 14 and March 21.

Long-lasting Bonds: On and Off the Court
Dating over Waiting