Alongside the birds of paradise and seasonal flora, the term “ring before spring” begins to blossom throughout Point Loma Nazarene University’s campus in the spring semester. The phenomenon is common at many Christian universities where students in romantic relationships get engaged by springtime.

Lauren Vanhorenbeeck, first-year accounting major, initially felt that her high school boyfriend was “the one” after one month of dating. Vanhorenbeeck got engaged to her boyfriend of two years after PLNU’s annual Fall Ball on Nov. 13, 2021.

“We have so many coincidences that just show us that we were meant to be together,” Vanhorenbeeck said.

“We are both young and have many goals and aspirations. At a young age, we are able to help each other with our goals” she said.

Vanhorenbeeck and her now-fiancee plan to get married after she graduates college and he finishes his first four years in the U.S. Marine Corps.

“We want to be able to have enough time and money to truly make our wedding day what we want,” Vanhorenbeeck  said.

Dorie Bulthuis, second year child and adolescent development major, became engaged to her high school boyfriend after two years of dating. She realized he was “the one” eight months into their relationship when he offered support during a family emergency.

“I called him to pick up my sister; it was a big deal because my little sister is who I am most protective of and he was the one that I felt confident would take care of her and be what my family needed. That situation gave me the confidence to make this commitment because I really know I can rely on him to show up when I need him,” said Bulthuis.

With a wedding date set for Aug. 5, 2023, Bulthuis and her high school boyfriend also plan to wed after their college graduations. Despite postponing wedding plans, Bulthuis recognizes her engagement has had an effect on her present day life.

“My mindset has been a lot more future focused because of needing to plan everything, so I have found myself needing to try harder when it comes to living in the moment and enjoying the college experience,” said Bulthuis.

Navigating through college while engaged to her highschool sweetheart has not only provided an increased sense of security in their long distance relationship, it has poured over into her friendships as well.

“I feel more confident in making friends and expanding my circle because I know that no matter what happens with people, I get to marry my best friend in a year and a half. I always have someone in my corner, and that security has given me confidence to spend more time with friends making memories,” said Bulthuis.

Announcing their engagement as college sophomores came with some mixed responses. Getting married at a young age is new for the Bulthius’ family. While they were not surprised, the news took some adjusting. After many conversations about their plans, the family felt more at ease and onboard.

Although Bulthius has received support from her family, the response has not always been the same from her peers. Many of her friends who knew the nature of Bulthius’ relationship were excited and supportive, while others have passed judgements.

“There have been certain individuals that mock a situation that they understand absolutely nothing about; these responses have made me feel really reserved in sharing what I feel is good news,” said Bulthius.

After Vanhorenbeeck’s engagement, the couple received an outpour of congratulations and positive responses. Some peers brought up their ages as a concern, but the couple was used to the commentary after starting to date at an early age.

“We’re used to it and are ready to prove to people that we can do this,” Vanhorenbeeck said.

Daniel Jenkins, program director of the masters of arts in clinical counseling program at PLNU, has positive feelings about students who decide to become engaged or married while in school. He too became engaged to his wife of forty years while in university, and had their wedding ceremony during the Christmas break before they graduated.

“Thinking back to my own experience, I remember being very determined to graduate from the traditional undergraduate program and go on to further training, but I was also open to the idea of getting married if the right person came into my life. She did come into my life and I’m so glad that we have tackled the challenges of grad school, children and careers together rather than doing these things alone,” Jenkins said.

Jenkins and his wife decided to have children at a younger age. He said this has led them to be young enough to enjoy their children and grandchildren. Based on his own experience, Jenkins thinks that getting married at an earlier age rather than waiting depends on the maturity level of the couple and whether they can continue on with their original goals together as a team.

“The benefit of waiting, of course, is that you have more time to focus on school and you can establish your career before taking on the responsibilities that come with married life. It is in my opinion that younger individuals tend to be more flexible and adaptable to major changes compared to those who wait until midlife to tie the knot,” Jenkins said.

While it was challenging to be in college while adjusting to married life, Jenkins looks back on those early years with fond memories.

“She was a tremendous partner through a time of turbulent change and adaptation. I also know that I was very naive and, in retrospect, very fortunate to have picked the person I married,” Jenkins said.

Jenkins advises students who are getting engaged or married while in university to seek premarital counseling.

“Along with constant support, always talk things through no matter what and push each other to reach your goals,” Vanhorenbeeck said as her advice to students who are in relationships. 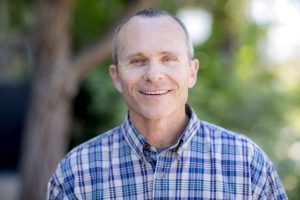 A Weekend of Holiday Markets Encourages Students to Shop Local