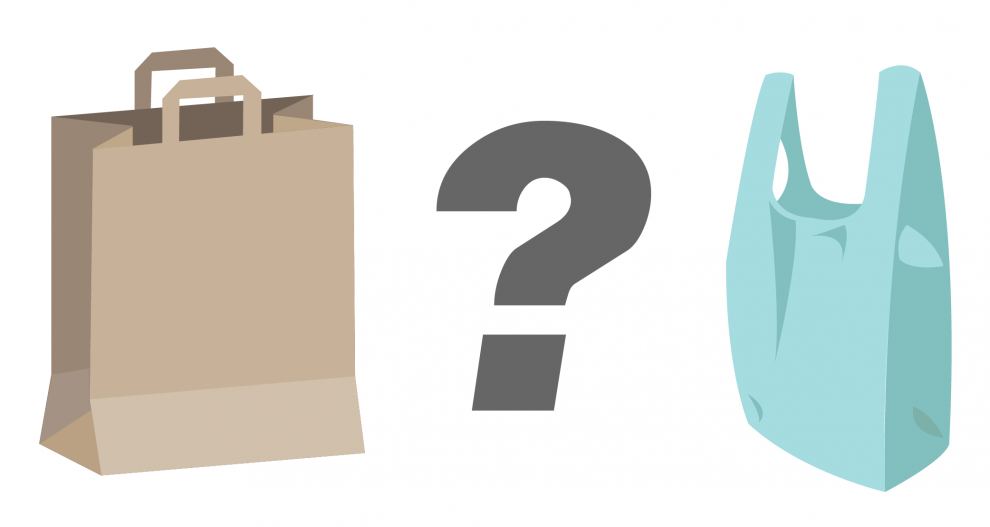 I love doing my part in saving the earth as much as the next Gen Z-er, but I must admit that saving and reusing every single plastic bag after a grocery run or shopping trip is almost a religious practice in my household. So when grocery stores started banning plastic bags and replacing them with paper, my family was devastated to find out that their large stash of environmental sin was now a scarce resource.

Over the years, states have been implementing legislation on this very issue. California became the first state to enact legislation imposing state-wide bans on single-use plastic bags, a bill that also requires a 10-cent minimum charge for recycled paper bags, reusable plastic bags and compostable bags.

Sure, plastic has a bad reputation (and reasonably so), but before quickly trying to go green with a brown bag, let’s look at paper as a replacement. How much better is it?

To answer that, one can look at production. Sounds boring, right? Wrong, because I bet you didn’t know that, according to research by the Northern Ireland Assembly in 2011, it actually takes more than four times as much energy to manufacture a paper bag as it does to manufacture a plastic bag. It also, and I’m sure you thought of this one, requires forests to be cut down and, according to the research, the manufacturing process also produces a higher concentration of toxic chemicals compared to making single-use plastic bags.

And yet, of course, plastic isn’t a turn off for no reason. Negative resource input costs, litter, recycling difficulties, endangering wildlife and long-term degradation are still valid concerns.

This is not to shame anyone who feels more inclined toward paper; I’ll be the first to say that I feel like a full-on activist when I suffer through that paper straw from Bobby B’s. All this to say, both have their downsides, but the main point is, regardless of what you use, there is always an environmental impact to be conscious of. If you can learn to reuse what you do have and reduce what you can, then that’s the first step.

But maybe try to remember every once in a while that you have reusable bags in your trunk.

Is California a Sustainable Place to Live?
The Madness of March: Picking a Perfect Bracket