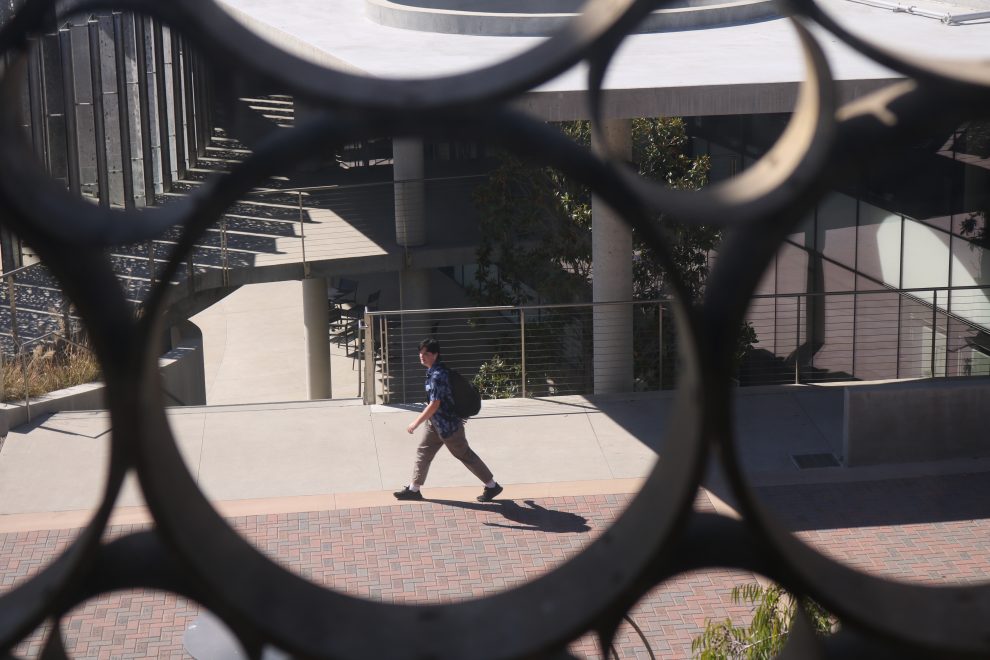 “In the old model, when we were waiting for students to come to us, we were only serving about 35% of our students. That made me sad,” Smith said.

As a program coordinator, Propson meets with a wide range of employers in the community to discuss ways that they can connect to PLNU students looking for jobs. This happens through job listings on Handshake, or by establishing a partnership with that business.

Smith assures that Career Services is fostering a focus on connecting students to a plethora of local work experiences through two ways. One is intentional work with alumni employers. Another is focusing on supplying students with connections that are relevant to what is needed in the community. This is done via PLNU’s membership with The San Diego Regional Economic Development Corporation, on which President Bob Brower serves as a board member. The corporation is made up of about 250 local businesses that are the top drivers in terms of hiring. The members work to identify the 10 industry sectors to be used as a resource.

As members of that organization, equipped with their research and Career Services having a new structure and team under the academic umbrella, Smith said they can more intentionally go after those 10 different sectors.

“I think what you’re seeing is that higher education is changing and becoming more about the academic program,” Smith said.

According to a Forbes article, entitled College Should Produce Tripple-Threat Graduates, graduates need tangible experiences with three critical elements including engagement in several long-term projects, work experience through an academically-linked internship, co-op or job and an industry-recognized credential.

Smith was recently asked to speak at the upcoming academic council meetings, in which she will be addressing the heads of all of the academic chairs on the topic of experiential education. She will be questioning academic leaders on which of the departments require experiential learning, which in this case is defined as internships, research and service learning.

“I think the big thing is realizing that right now it is uneven,” Smith said in regard to the imbalance between the departments that do require some form of experiential learning and those that do not.

PLNU provides industry credentials for students, which has proven especially successful within the math, computer science and information technology department. “I remember taking a call from an employer who basically said ‘I could hire every single one of the students out of that department if I could. And here’s why: because they not only have a degree, but that department bakes in all these credentials.’ Those credentials actually make them that much more desirable as new employees out in the world,” said Smith.

However, some majors are a lot more difficult to establish a metrical credential for, so what happens to the sociology, history, or art major in pursuing this process?

“An employer is going to say: Send us someone who has drive, who knows how to work with people, who understands how to solve problems, who communicates very well, who can meet deadlines, who’s open to learning. Those are all career readiness skills and that is not the realm of any major, that’s the realm of all of the majors,” said Smith.

The competencies listed as NACE career readiness criteria are career and self-development, communication, critical thinking, equity and inclusion, leadership, professionalism, teamwork and technology. These standards are created by a committee made up of employers and college career center leaders who do an extensive survey of employers to determine what skills students need to enter the workforce successfully.

In addition to career readiness competencies, Smith encourages the practice of mentorship for undergraduates. Finding a mentor is “100% absolutely essential,” said Smith.

Smith also mentions local professional associations that offer mentorship to students who apply. However, beyond a formal mentorship, Smith encourages students to find people in their own lives informally by reaching out to people around campus who inspire you.

What does all this look like as tangible steps that can be taken over the course of your four years at PLNU?

Ethan Clark, a first year finance major, worked at In N Out over the summer. Clark hopes to enter into the finance world and one day own his own company. Clark has not yet explored the resources offered by Career Services.

Second year visual arts major, Annessa Chirgwin, has hope that her future career will be something that she loves and brings her fulfilment. “I want to be a photographer but I’m not really sure what that’s supposed to look like,” said Chirgwin.

Mason Plum, a third year graphic design major, imagines himself using his degree to work for surf or skate companies creating graphics for clothing, magazines or ad campaigns. “I have not interacted with Career Services but I may look into it soon,” said Plum.

Rachel Struble, a fourth year marketing major, worked as a social media manager for a private jet company over the summer. Struble hopes to work in media and content marketing or event planning after graduation. Getting a job that pays well enough to set aside money to pay off loans is important to Struble.

When asked about the degree of her interaction with Career Services over her time at PLNU, Struble said, “I think I took a few tests that they sent out, but other than that I tried to figure it out on my own talking with family and friends.”Career Services is offering virtual small group advising sessions on the topics of interview preparation, job and internship search strategies, resumes, and more. To register for an advising session or to look at other resources, login to Handshake through your PLNU student OneLogin.