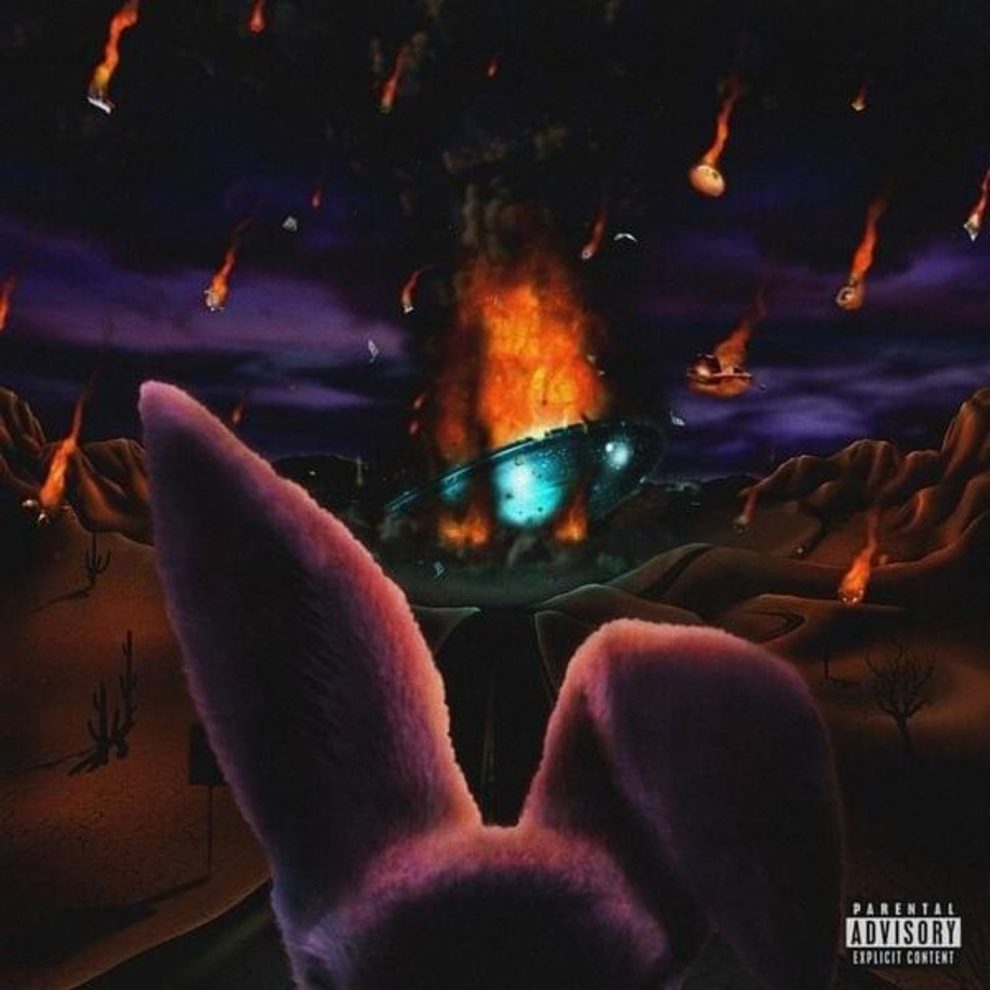 I had my house address plugged into Google Maps as I prepared to pull out of the Young parking lot. According to my phone, I had 50 minutes to listen to something as I cruised up the Interstate-5. I wasn’t feeling the typical Kanye, Kendrick Lamar and Drake songs that would have been my go to for a drive like this. I stared at the “New Releases” page on Spotify, and staring back at me was Freddie Gibbs.

Could I handle 46 minutes of Gibbs’ gruffy, deep voice? I enjoyed his 2020 project, “Alfredo,” but it was a brief 35 minutes and I remember impatiently waiting the whole time for Gibbs’ song with Tyler the Creator to come on. I was worried those jazzy beats Gibbs so heavily relied on would put me to sleep behind the wheel before I could make it halfway home. The drive and Gibbs’ album were nearly the same length, so I said forget it, hit play and prayed Gibbs would deliver.

He delivered. “$oul $old $eparately,” the fifth solo studio album from the 40 year-old rapper, is by far his best solo album. A project that Gibbs has hyped up for some time now is an excellent follow-up after Gibbs’ brilliant collaboration album with producer, The Alchemist. The pressure was on for Gibbs, considering he’s an older artist in a young man’s game, and fans were going to want a project of the same quality or better than “Alfredo.”

The album welcomed listeners with a sped up sample of Norman Feels, paired with lively horns and a fast-paced trap drum beat. 27 seconds into the intro song and Gibbs — with more expression in his voice than I’d ever heard before — began gliding on the beat. If every song sounded like this, I thought, we may be in for a treat. Feels’ soulful voice continued to loop in the background, and eventually the eloquent vocals of Kelly Price wrapped up the first two and a half minutes of “$oul $old $eparately.”

The album was off to a hot start, but Gibbs quickly resorted back to his typical style. The trumpets and trap drums faded out, and were slowed down into a lower beat for an even lower voice. I wasn’t necessarily complaining, but I was already longing for more of what I had just heard. Gibbs had finally sounded alive rapping on a beat that didn’t play like it was sampled elevator music.

Nevertheless, the unapologetic rapper moved at his own pace. The next two songs after the electric intro were slow listens that screamed trademark Freddie. The jazzy beats faded out and made way for a feature from Moneybagg Yo on “Too Much.”

This was by far Gibbs’ catchiest song of the project. The beat was crafted specifically for mumble rap, and ultimately took some of Gibbs’ lyricism out of play. However, he gave listeners a chorus that was easy to rap along to and Moneybagg Yo thrived with the new school beat.

Gibbs took the experimentation to the limit on this project. His voice goes high, drops low, he quickly rambles off bars and also shows off his lyricism. The experimentation can also be credited to Gibbs inviting producers like DJ Paul, James Blake and Kaytranada to work on the album. The trio’s fresh style is a change from The Alchemist’s on “Alfredo” and provides Gibbs with a clean canvas to boast his range of talent.

The multitude of styles we see from Gibbs work heavily in his favor. He manages to conform to each artist he works with and this never allows them to outshine Gibbs on his own album. He raps fast and loud with Moneybagg Yo, but a song later Gibbs is a new artist. “Lobster Omelette” with Rick Ross forces Gibbs to lower his voice and slow down. His lyricism paired with Ross’ aura takes us out of the Memphis club with Moneybagg, and into a Miami penthouse.

Not only does Gibbs experiment with his tone and tempo, but there are also some brilliant transitions between songs. A series of phone calls from hotel concierge and celebrities close to Gibbs provide the listener a story within a story. I knew I was in for a treat when, early into the album, NBA superstar Kevin Durant was sent to voicemail by Gibbs. The interludes kept me on edge and for 46 minutes I was eager to see who else would call, looking for Gibbs.

This trend of using phone calls as interludes has become a common theme; as of recent, phone calls were omnipresent in Brent Faiyaz’s “WASTELAND” and Giveon’s “Give or Take.” All three albums were turned into stories through the use of phone calls, and Gibbs receiving calls from Joe Rogan and comedian Joe Ross makes his story a colorful one.

Gibbs makes fans wait 12 tracks for the most memorable run of songs on the album. The menacing “Dark Hearted,” with the flawless “Gold Rings” and mellow “Grandma’s Stove,” is one of the greatest trio of songs I’ve heard this year. Gibbs gives us the gruff sounding rapper of the past, with the fast-paced artist of the present in this run.

He does all this alongside the genius Pusha T and angelic vocalist Musiq Soulchild. The 11 minutes and 28 seconds it took to listen to those three songs were the best 11 minutes and 28 seconds of my day. Pusha T and Gibbs’ collaboration on “Gold Rings,” had me doing a stank face. The type of face you make when an artist is spitting the craziest bars over the hardest beat that it’s almost gross how good it sounds.

Pusha T skated, surfed, glided and grooved on the beat. His feature was like a Sunday afternoon; you try to enjoy it, but you’re dreading when it’ll come to an end and all the fun will be over. When he said, “I’m the ultimate create-a-player, 2K21, Savage like 21,” I left my morals at the door and took my phone out, as I sped down the freeway, to rewind 10 seconds. I respect a genius bar when I hear one, what can I say?

Musiq Soulchild’s heavenly voice put the finishing touches on a beautiful project from Gibbs. The experimentation throughout the album showcased the versatility of Gibbs, and freed him from the labels he carried for quite some time now. The uniqueness of this album puts Gibbs back on the map for good after he’s struggled to stay on fans’ radar for an extended period of time. If Gibbs’ discography was a sundae, “$oul $old $eparately” would be the cherry on top that solidifies Gibbs as a dominant figure in the rap game. He’s a veteran still making noise in a young man’s sport, and it’s about time he receives the proper recognition he deserves.

One Step Forward, One Hundred Steps Back: “Blonde” Review
You Might Want to Worry Darling: Contains Spoilers