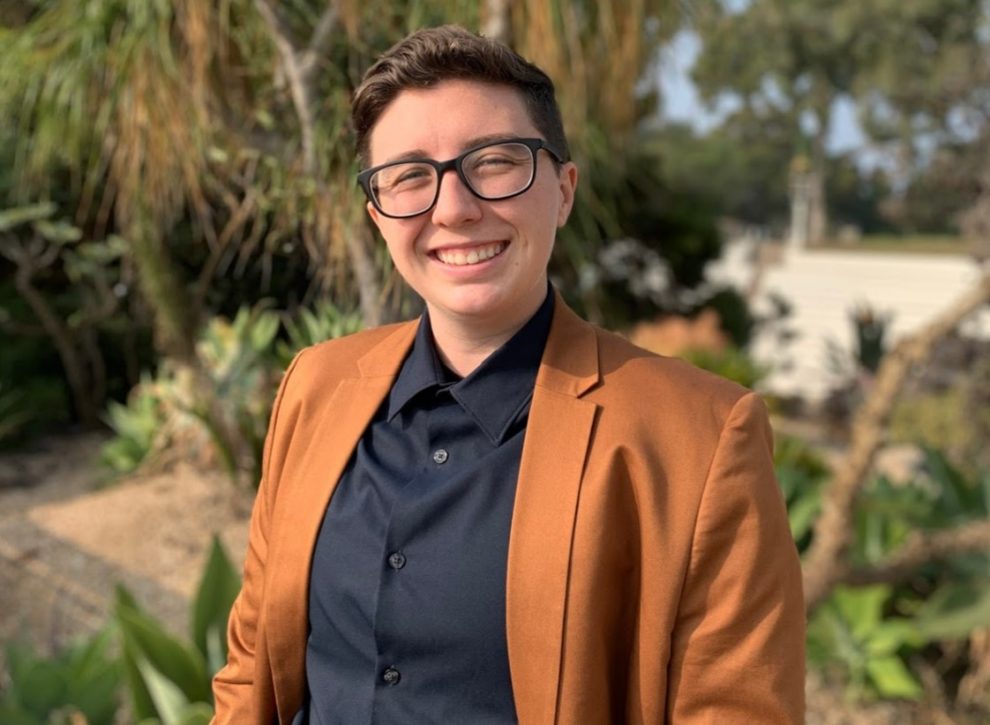 A few weeks ago a message popped up on my phone: “How LGBTQ friendly is PLNU?”

PLNU’s Instagram shared a post on their story from our Literature, Journalism, Writing, & Languages department (LJWL). It was a photo of me with information on an award I’d recently won. Not even half an hour later, I received a notification that someone wanted to send me a direct message. Normally these requests are from random accounts worth ignoring, but I decided to check anyway. The aforementioned question came from a parent, wanting my insight.

This was not the first time I’ve gotten this question, but I was suddenly at a loss for how to respond. Existing as a visibly queer student, whose appearance might be similar to Rachel Maddow, has prompted many discussions with professors in classrooms, peers who might not have met people like me before and parents as they tour the campus with their kids.

There is a lot of power in being able to shape the way someone sees the university you attend. The Instagram message was from a parent who, like many others I’ve spoken to, wanted to know whether their child’s identity as a part of the LGBTQIA+ community would limit their ability to fit in or feel safe at PLNU.

As an intern for the university’s marketing and creative services department, I have written ambassador emails encouraging high school seniors to apply while sharing my own positive experiences during my time here. I enjoy the work, but I cannot continue to share this love for PLNU without also lamenting the ways it has deeply wounded me.

I have tried to take derogatory comments or inappropriate questions in stride, wanting so badly to be part of this community. But as I sit with my role as a leader of Voices of Love and as a visibly involved student, I realize my silence is dangerous.

By wanting to be permissive of bigotry so I could find a place among the masses, I spent time ignoring how these remarks impacted my sense of self, faith and safety. When I tried to find the words to share this hurt, I knew it was much larger than me and deeper than I could know.

I felt my role as a transfer student might limit the scope of knowledge I could bring to this conversation, so I spoke with alumni who still feel unable to truly claim a place with their university because of who they are. I spoke with professors who spent time pushing for their place of employment to do better, while trying not to put their jobs at risk. I also spoke with those currently working to shape these efforts for change within the system and structures of PLNU.

I was at a loss for how to communicate these past and present traumas as well as the patient but persistent efforts to create a shift toward better — somehow occurring simultaneously. It  occurred to me that this silence I was trying to hold because of how complicated this issue is, remains the most dangerous part of my time here. The ambiguity is something the institution as a whole has committed to retaining, whether or not it is intentional.

We are told when we apply to PLNU that all Christian denominations are welcome, that PLNU values having a diverse body of students. I was excited to experience the full range of this community. My first semester here, I felt like I’d found a place to fit in until a chapel walkout about proclaimed “liberalism” prompted an open forum where students engaged in conversation with the university president, Bob Brower. This chapel included a discussion on racial equity at PLNU, a separate yet equally critical lament within our community.

I sat five rows away from a student who stood up to talk, asking the university to reinforce its conviction that marriage is between a man and a woman, when the chapel speaker a few days before had not condemned unions outside of this. Brower confirmed the doctrine of the Nazarene denomination and opted to reassure the student that this is the umbrella of beliefs the school adheres to.

I remember so clearly being sick to my stomach as the heat rushed to my face. I could barely stay in my seat.

To say that was an isolated incident would be laughable. I have faced the uninhibited stares of classmates who wait for my reaction when a lecture discusses the necessity of a man and a woman for a child’s “proper” development. I have been in a room of peers and been asked “What are we supposed to call you?” An attempt at clarifying my pronouns, maybe, but something about being the only one facing questions about gender identity is inherently uncomfortable.

When I cannot see myself or my life reflected in the teachings of my professors, the chapel themes or the conversations on our campus, I feel like the spaces in which I am allowed to exist as myself are taken even further from my reach. I’m not the only student who deals with these experiences, and that is why sharing my story is necessary.

When students do not know who their allies are, when they trust someone in a position of power only to have that expectation of acceptance disrupted, when they are reminded that while all Christian denominations are accepted, this is the one they abide by — lives are put at risk.

I’m not offering any shock value in relaying my story. Surely, any current student or alumni may be able to picture these moments reflected in the experience of others during their time at PLNU, or even in their own journey. The problem is the way this dialogue is put on the shoulders of a student, though I am still trying to create a conversation around the topic with compassion. I continue to carry a hurt I did not cause, trying to cope with this turmoil by gently probing for change.

The school faces an identity crisis as they try to uphold the stances of the Church of the Nazarene while concurrently trying to offer queer students a place on campus. Until this confusion is faced directly, individuals will not know whether they come to a place where all are welcomed for who they are, or if this “middle ground” is a mask for the sake of convenience. We need to start talking, because what remains unspoken holds a lot of harm.

When parents ask what PLNU is like for the LGBTQIA+ community, I want to be able to reassure them all are welcome here. Right now, I cannot say this with certainty because of my own experiences, so I must continue answering the question with the dichotomy it demands. I want to tell parents I love this university and can be fully accepted for who I am here but I’ve also had some difficult experiences and conversations which put a liminality on that sentiment. 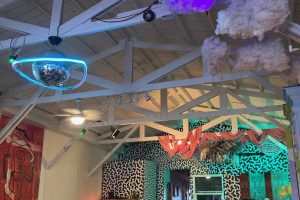 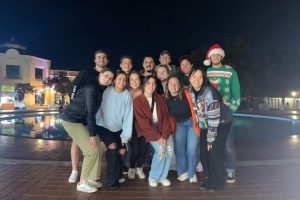 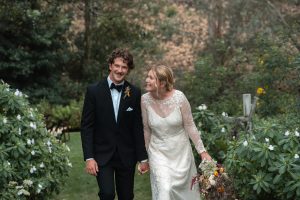 Rosecrans Republican Reflects on the Election
Honorlock: How It Works and Who’s in Charge