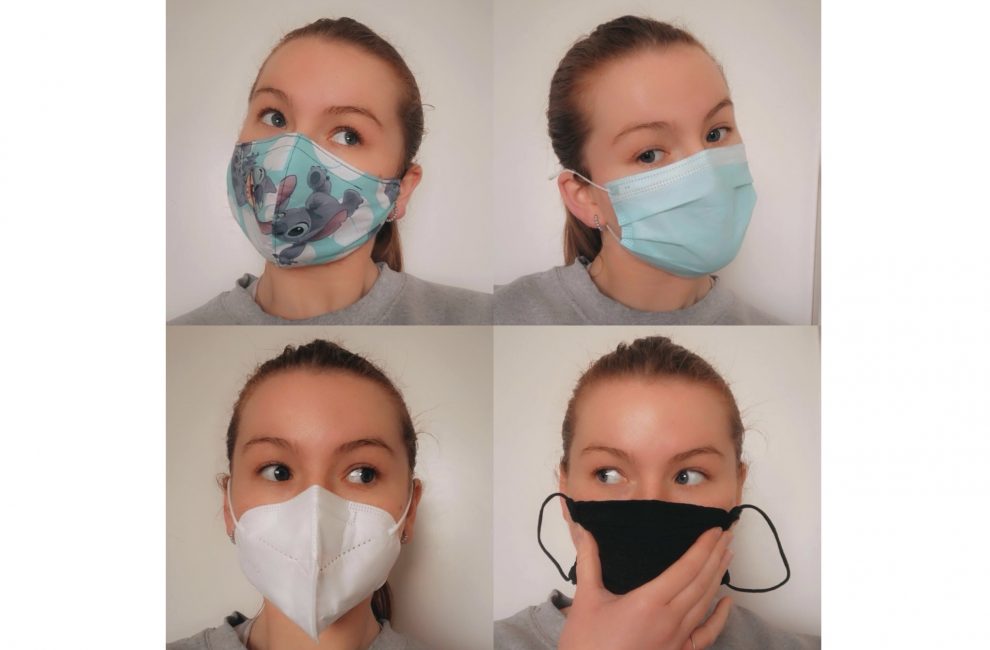 Masks have been used by society through different eras in various forms. Currently, it is a medical device to slow the spread of COVID-19. At the 63rd Annual Grammy Awards ceremony, it became a fashion trend. Nominees and winners posed for pictures with their masks on and matching outfits. But in different historical periods, face coverings were used in different forms of style. Whether they block virus particles from entering the body or are used as artistic accessories for entertainment, masks have been around for centuries.

After the initial COVID-19 outbreak, our modern world quickly discovered we faced a global pandemic through television news and social media. More than 2000 years ago, a different pandemic occurred. The Bubonic Plague took over the lives of those living in 17th century Europe. Kelli McCoy, professor of history at Point Loma Nazarene University said news back then had a different form of exchange. Word of the outbreak spread along trade routes, over land regions and seas.

“As people conducted trade they spread the news,” said McCoy. “Unfortunately, that meant disease was also spreading along those same trade routes at the same time.”

As the disease spread, society relied on those in the medical field to aid the sick. Doctors became Europe’s best hope to save those from the fatal disease. McCoy said these doctors were the only ones who wore this particular mask. Hence the reason this face covering’s name: the plague doctors masks.

This sinister looking mask was the image of walking death when traveling through European towns and villages. National Geographic describes the physician’s face covering as a half-foot long bird-like beak attached with spectacles. However, their reasoning for it is actually a misconception.

“At the time, they did not know what caused the bubonic plague and thought that it was carried by bad-smelling air. It is actually caused by bacteria from the bites of fleas that are carried by rats or other rodents,” said McCoy. “So, when the doctors were treating plague patients, they wore these long beak-masks stuffed with good-smelling herbs in the hopes of keeping the plague at bay.”

This menacing face covering that doctors stuffed with perfumes, nosegays and incense has now become a symbol of death. The look is so iconic, it is seen as a staplement in Italy’s commedia dell’arte and carnival celebrations — cultural festivals where dressing up with a mask is part of the entertainment.

Similar to the Italians, the ancient civilizations of Greece had their own form of face coverings used for entertainment. The Greeks placed their own flare and creativity in storytelling that made the activity a classic form of amusement.

“Masks have probably been used since the dawn of storytelling and ritual. The Greeks adopted it for theatre not only because it was a tradition, but because it was also functional,” explained Walter Williams, professor of communication and theatre at PLNU.

Williams said that in the earliest versions of the drama Aeschylus, only two actors performed the roles of all the characters. Therefore, masks were used for the audience to understand that the actors shifted characters.

During this period, women weren’t allowed on the stage. This meant the actors and those in the chorus were all men. Williams said, “The masks called onkoi were a combination of face and a wig, so the male actors could play the female roles, or gods, or animals.”

PLNU’s Greek amphitheater is a perfect replica to showcase how grand and tall these spaces were where people watched performances during that era. Those who have sat in the Greek know how difficult hearing would be if it weren’t for the modern technology that helps events like chapel occur. Back then, there were no microphones or technical crews to make sure attendees could hear the plays. It was the masks the actors wore that helped their voices travel through the stadium because the mouths were designed a special way.

“The plays took place in huge open air amphitheaters that seated between 10 and 15 thousand spectators. Since there was no electrical amplification, the masks served as megaphones,” Williams said.

Along with the mouths designed in the form of a megaphone, other quirky attributes were designed with the ancient face covering used in the two main genres of theatre: comedy and tragedy. For comedic plays, Williams believes the elements used for the masks would be unacceptable nowadays. But, these face presentations were viewed as self-mocking affairs by the Greeks.

“The comedic characters would be old, or bald, or fat because those traits were considered funny. The tragic masks onkoi were usually very serious and sober. Imagine Oedipus’ mask with his empty eye sockets bleeding and you get the picture,” said Williams.

Perhaps musical artists such as Billie Eilish and Harry Styles’s face mask at this year’s Grammys were influenced by the trendy face coverings of traditional Greek plays. Whatever the case, masks are now a fashion trend to look fierce while being safe during this pandemic. Who knows, someone might show up at next year’s show with a beak-like face covering. Bets are on Lady Gaga to pull that off.

The Challenges and Benefits of On-Campus Learning
Princess Diana and Meghan Markle: History Repeats Itself