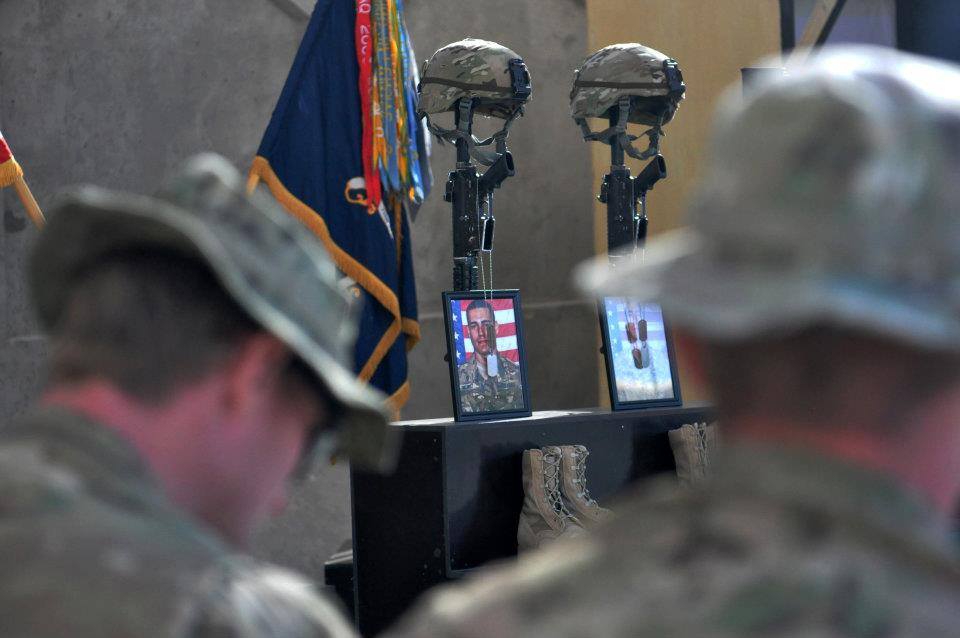 On Sept. 29, the nation watched as their Democrat and Republican presidential candidates joined each other on a mutual stage for the first presidential debate. As a disabled combat veteran with a younger brother still in service, I was sad to see President Donald Trump and Democrat nominee Joe Biden discuss little about military or veterans’ issues, besides a set of remarks Trump was called out on by The Atlantic earlier in September.

The alleged remarks, which Trump apparently uttered in 2018 during a trip to France, were in regards to visiting a cemetery for American soldiers lost during World War I. According to at least four sources he was against visiting the site because “it’s filled with losers,” also stating that the Marines lost in combat at Belleau Wood were “suckers” for getting killed.

The article also recounted an instance from Memorial Day in 2017 when Trump and his former Chief of Staff, John Kelly, stopped at Arlington Cemetery to pay respects at the grave of Kelly’s son, Second Lt. Robert Kelly, a Marine who was killed at age 29 in Afghanistan in 2010.

“I don’t get it. What was in it for them?” the magazine reported Trump saying to Kelly in the moment.

It’s infuriating to me how in the midst of Kelly’s grief, Trump lacked even the most basic empathy or sympathy for this father who stood next to him mourning the death of his son while at his very grave. If there were ever a moment to act like you gave a damn, that was most likely the moment. Trump himself is a parent. Even if he didn’t have the gumption to muster a semblance of empathy, at least he could fake a modicom of sympathy for his mourning colleague.

Since the article posted on Sept. 4, Trump has come out, along with a few other sparse members of his administration, denying the statements. Unfortunately these statements sound very much in alignment with a slew of other remarks he’s made in the past about service members, many of which were made in publicly recorded forums.

In a 2015 appearance in Iowa for his 2016 presidential campaign, which was recorded on C-SPAN, he criticized the military heroism of the late Senator John McCain, who spent five years as a prisoner of war after his plane was shot down in Vietnam. The president was recorded stating, “He’s not a war hero. He’s a war hero because he was captured. I like people that weren’t captured.”

If you’re not already appalled by his disrespect for the war dead and prisoners of war, you won’t be surprised to find he also has an aversion to those wounded in war. We can all remember the controversy surrounding the president’s big military parade that he wanted to have for Veterans Day in 2018. In the end, the projected cost of this parade with Air Force flyovers, tanks and more was close to $100 million.

Many of us veterans balked at the cost and the sheer arrogance of the event. Those millions could be put into our creaking Veterans Affairs system, already struggling and oversaturated with veterans from our nation’s time fighting two wars in the Middle East since 2001. Then, to add further insult to injury (literally) he was reported as saying he did not want wounded veterans in the parade, stating “no one wants to see that.”

I actually avoid politics these days because of Trump’s enraging disrespect of women, minorities and even our nation’s heroes who have fought at war losing life, limb and comrades. I am a 170% disabled combat veteran who has served her country at war three times. Two years after service, I collapsed from Addison’s Disease, an adrenal insufficiency instigated by the stress of my third tour. The shock to my system caused fibromyalgia, a pain disease. I also live with post-traumatic stress disorder.

In my service from 2003 to 2013, I served as a photojournalist in Operation Enduring Freedom, otherwise known as the Afghanistan War. These disparaging remarks not only enrage me, but just plain hurt. Can you imagine the pain of serving your country at war and losing an arm or a child, or like me, coming home with health issues and PTSD, to be told by the president of the country you fought for that your sacrifices are insignificant?

One of my jobs in service was to photograph the memorials of our fallen. I’m not sure I could even count how many times I photographed the age-old memorial of the boots, dog tags and weapons of a warrior lost on the battlefield. I can’t count how many times I watched soldiers clutch each other in front of that symbol and cry, trying to understand the price of war. I’ve cried plenty myself.

Our nation’s fallen are not losers, nor suckers, Mr. President. They were normal men and women, many of them just boys and girls, barely out of high school. They were sons, like John Kelly’s, and they were daughters. They were people I knew, people I loved. They worked hard, fought hard and put their lives on the line, not for an ideal like patriotism, but for each other.

In the end, it is not for God or the country we fight; in the end soldiers fight in trenches for each other. In the end, soldiers fight and die in the name of selfless love for their comrades. That is something I don’t think our president has the capacity to understand. I believe our current president is the most selfish, cowardly president we’ve ever experienced. I believe his admonishment of our country’s disabled veterans and war dead stem directly from his own insecurities and lack of intestinal fortitude.

The leaders, military and otherwise, I have loved and respected in the past exhibited all sorts of different characteristics: courage in the face of adversity, compassion, intelligence and logic. Each leader takes the helm in their own way, except for those who were never meant to be true leaders, like Donald J. Trump.

Middle East Peace: Are the Abraham Accords Really the Deal of the Century?
Students Respond to the First 2020 Presidential Debate