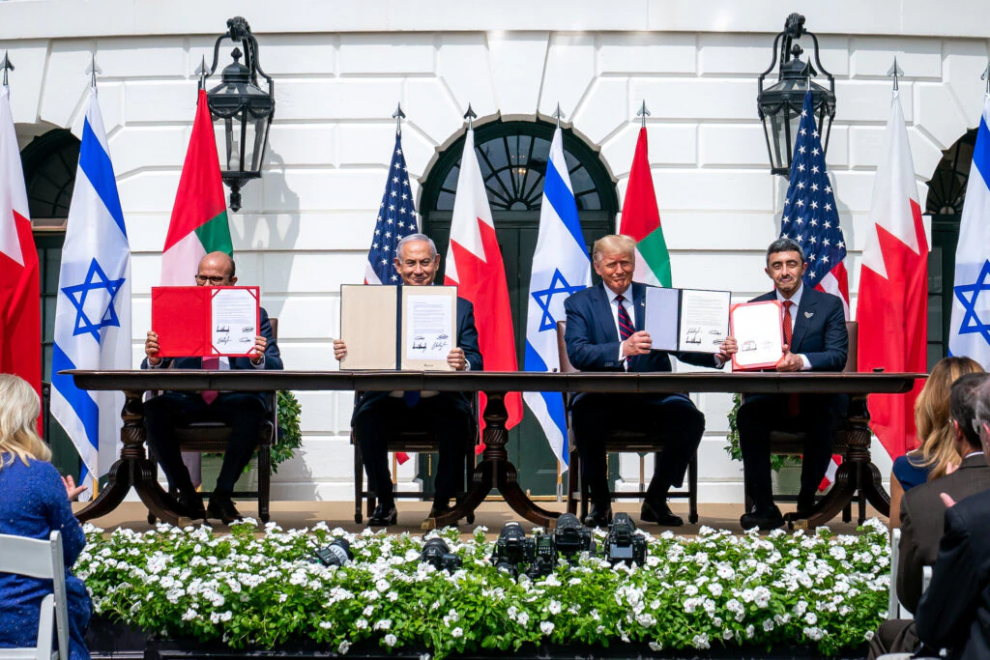 President Donald Trump declared the recent Abraham Accords would bring about “the dawn of a new Middle East.” Some celebrate the agreement as the deal of the century. But is it really?

The Abraham Accords will formalize full diplomatic relations between Israel and both the United Arab Emirates (UAE) and Bahrain. This promotes the normalization of increasing political and economic relations between Israel and the rest of the Middle East. Before the Accords, the only Arab countries that maintained relatively open relations with Israel were Egypt and Jordan. Adding the UAE and Bahrain to this short list of Israel-friendly nations is a significant step toward reducing related hostilities in the region.

Additionally, as a part of the deal, Israel’s Prime Minister, Benjamin Netanyahu, agreed to postpone his previous plans to further annex the Palestinian-inhabited West Bank. However, Israel’s annexation goals were already looking doubtful before the deal; so in reality, the Abraham Accords simply provided a platform to officially postpone the plans, rather than actually influencing Netanyahu’s decision to hold off.

So, the Abraham Accords do indeed mark an important milestone in the promotion of international cooperation in the Middle East. Full diplomatic relations between Israel, the UAE and Bahrain will result in significant opportunities for trade, tourism and travel, which are vital elements for success in the region.

However, it can be argued the Abraham Accords are certainly no “deal of the century.” The agreement should be critically examined with all of the complexities of the circumstances in mind. First of all, it is crucial to note the UAE and Israel already had a relatively calm relationship and increasingly close relations before the deal officially formalized their cooperation. Unless other Arab countries suddenly start following the UAE and Bahrain’s example, the actual impact of the deal on the economic and political dynamics of the entire region is uncertain. So, while the results of the Accords will benefit the three countries involved, they do not promise much about “[changing] the course of history” as President Trump declared.

Additionally, when considering the tide of public praise for the agreement, it should be noted both Trump and Netanyahu are currently facing criticism from their own populations while elections loom close around the corner. The sense of triumph arounds the Accords may be inflated in order to boost their reputations of diplomatic success as the elections approach.

While questions about its actual significance and its leaders’ true motivations should encourage scrutiny about the deal, the element that is most concerning is the total disregard for the Palestinian people. If the Abraham Accords were truly a beacon of hope for the Middle East, they would at least address the humanitarian dilemma of Israel’s continued aggression toward remaining Palestinian lands. The deal did not ask anything of Netanyahu other than to postpone further annexation of the West Bank.

This annexation is a blatant violation of international law. By supporting Israel without directly condemning this, the Abraham Accords condone and reward these illegal practices. The Palestinian people have been and still are being forcibly displaced. While it is important to move forward and promote the normalization of Israel’s integration in the Arab world, we cannot forget the crimes of the past and the injustices of the present.

Ultimately,  the Abraham Accords mark a moment of progress toward peace in the Middle East. The deal deserves to be recognized for its merits in furthering the normalization of Israel’s integration in the Arab world. However, as with most cases in the Middle East, the full complexity of the situation must be considered with a critical eye.