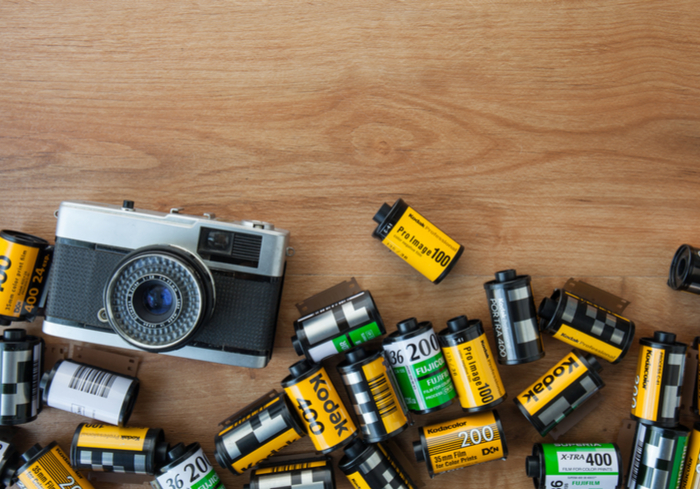 Disposable cameras are back and better than ever. With just 27 exposures, photographers have 27 opportunities to capture moments of most value to them. Despite a culture fixated on social media with pressures of presenting a picture-perfect life, the authenticity of film cameras offers a different outlook. As camera qualities become better, people have a unique appeal for the grainy, old-school look of dated cameras.

The unlikely comeback of the disposable camera has shocked photo company, Fujifilm’s sales. The company’s disposable sales have almost doubled to 7.5 million since 2015. The company can accredit their newfound success to Millenials and Gen Z as they hop on the trend of film.

Celebrities are also hopping on the bandwagon. Youtube Star, David Dobrik, launched an Instagram account, @davidsdisposables, exclusively for his film photos. The account’s most-liked photo features a candid shot of Beyonce on the red carpet. A number of influencers and everyday Instagram users have created second accounts dedicated to their film photos.

Others use photo editing apps for film effects. The popular app, Huji Cam, resembles pictures just like a vintage disposable camera. Taken right off a smartphone, the app gives pictures light flares, leaks, and grain for the retro aesthetic. These effects offer a creative factor to rather simple photos.

Many Point Loma Nazarene University (PLNU) students express their art through film photography. Whether it be vintage or disposable cameras, PLNU students snap photos and share them in various art events and platforms. With a limited amount of film and a delayed developing process, photographers are challenged to make every photo count. This process tremendously differs from digital photography where photographers have the capability to aimlessly take thousands of pictures. For about $10, consumers can partake in the disposable camera trend. Go back in time with your film photos!