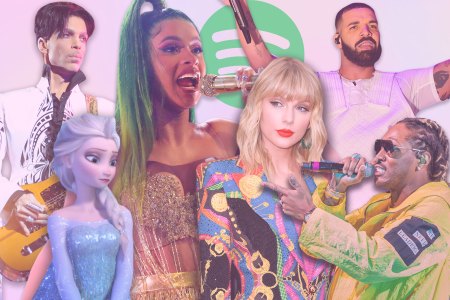 Although it’s impossible to embody the 2010s at one time, we did our best cutting out the stars themselves that defined social movements, the absurdities, and the great achievements that made this decade memorable.

A Star is Born:

A Star is Born is easily one of the most memorable major-motion films of the decade. As of its release in October 2018, the drama music romance earned a staggering $43M during its opening weekend. Bradley Cooper’s and Lady Gaga’s performances in the film rocked the social scene and also earned them three Grammy awards.

Instagram has come a very, very long way since the original launch of this picture-sharing app in October 2010. Updates have both organized and confused its users (why can’t Instagram agree to show posts in chronological order again?) and have implemented more updates soon to come into the 2020 New Year (no likes no problems? Maybe it’s not that simple.)

Instagram has shapeshifted into an incredible advertising and marketing empire. According to the Facebook-owned app’s algorithms and 105 million U.S. users, many of us continue to watch the “influencer” era blossom. The app has single-handedly morphed our culture, our expectations of others, and expectations of ourselves into its own breed of sub-realities.

The superstar’s headlining Coachella 2018 performance stamped her into history as the first black woman to headline this popular music festival. The show, delivering all aspects of spice and impressive coordination, featured a Destiny’s Child reunion and arrival from contemporary R&B artist and sister of ‘Yonce, Solange Knowles.

This 2015 Broadway musical gained massive critical and box office success- trumping all other contemporary musicals for the decade. The storyline, revolving around the President and America’s founding father Alexander Hamilton, was seasoned with catchy, contemporary rhythms and a strong script that seemingly won the 2010s overall.

In 2016, Former U.S. President’s daughter Malia Obama was spotted by the paparazzi smoking at Chicago music festival Lollapalooza. Headlines blasted her name in bold all over print and digital platforms for shaming the then 18-year-old for smoking what was thought to be marijuana. Malia’s response to the media? Showcasing a handmade shirt that read “smoking kills” that was tastefully paired with a Harvard baseball cap a few months later at Philadelphia’s Made in America Festival.

The Nine Inch Nale sample turned hip-hop song allowed artist Lil Nas X to skyrocket beyond our stratosphere and into stardom in and beyond the decades that came before him. The song, briefly taking over the country music chart, was removed from the Billboard Hot 100 for wandering too far in between country and contemporary hip-hop.  Regardless, the twang of the single caught country artist Billy Ray Cyrus in a feature for the song. The now country-made beat trumped the Billboard Hot 100 chart for a record-breaking 19 weeks. This will be Lil Nas X’s and Billy Ray Cyrus’ first record-breaking song and their first song that is certified diamond.