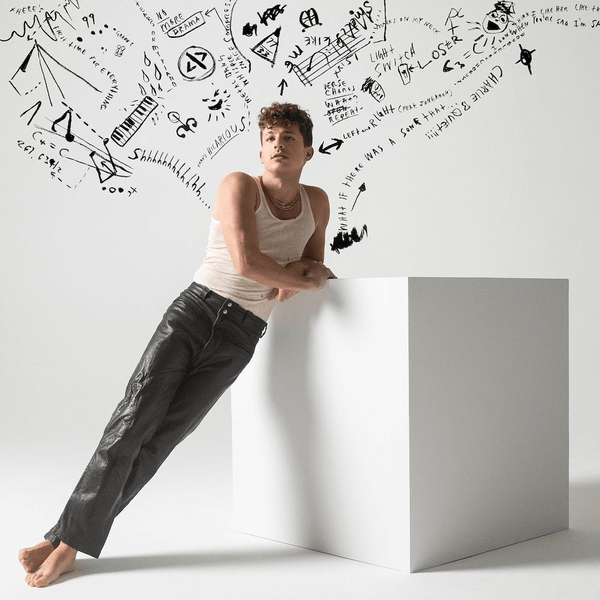 Despite having been released only a week ago, Charlie Puth’s new album still feels late to the party. Charlie Puth’s newest, self-titled album “Charlie,” is jumping onto a trend of 80’s revivalism that kicked off with Carly Rae Jepsen’s 2015 album “Emotion.” Since 2015, the glimmery, shimmery, nostalgic afterglow vibe has been done to death primarily thanks to The Weeknd, with his 2020 album “After Hours.”

This take from Charlie Puth merely swipes what is easily marketable and trending among producers’ children in order to appeal to the widest possible consumer base and explore the widest profit margins. You know, like a Walmart. What Puth confuses for creativity and hard-work is just his natural advantage, being born with perfect pitch (the ability to recognize any note just by hearing it), and record company bankrolling.

The lack of effort is immediately audible; from beginning to end the mixing is absolutely awful. The 808 percussion is bland and repetitive, as well as being so high in the mix, that you have to strain to hear either Puth’s uninspired singing or the derivative instrumentals.

I can’t decipher what Puth is trying to be. Despite pulling from the sonic flavors of a-ha and Marvin Gaye, his lyrics and melodies are written to sound like teeny-bopper jams of the Jacob Sartorius or early Justin Bieber variety. Even more confusing is the inappropriate and ill-placed use of swear words. I can imagine the committee putting this together like, “What do the kids like these days? Swear words? Alright let’s throw some in there, we can appeal to the Billie Eilish crowd.”

Who is the target audience for this project? The man is already 30 years old, why is he still trying to pass for a teenager? Who is Puth reaching out to?

That question becomes moot when you really stop and listen to the lyrics. For a self-titled album, “Charlie” feels awfully impersonal. “You turn me on like a light switch/When you’re movin’ your body around and around/Now, I don’t wanna fight this (No)/ You know how to just make me want/You turn me on like a light switch.” I never have any idea what the context is for the lyrics, there is a total lack of story-telling; it’s as if the lyrics were an afterthought to the studio work. Which is embarrassing because the studio work is trash.

Given his age, you would think Puth would understand stereo sound by now, but he seems to have just discovered it. “Left and Right” was a track that was strongly advertised in a series of Youtube videos by Puth, where he pans his voice from the left speaker to the right, using the sound space to complement the lyrics, “(Left Side)You can hear me over here” followed on the right side by “You can hear me over here.” I think Puth is trying to be clever, but it comes off as elementary and pedantic. Stereo recording has been an industry standard since the ‘60s; it was impressive when Jimi Hendrix and The Beatles started doing it, but that was over 60 years ago. This man thinks he’s discovered what’s been commonplace since before he was born.

The pedantry shines at its strongest on the piano ballad, “When You’re Sad, I’m Sad.” There have been countless sappy piano ballads forced upon mainstream listeners over the years, but this one might take the cake for being the most obviously manipulative and shallow of them all. The lyrics brazenly tell you how to feel, while mimicking a descending melody, which aside from being terribly cliche, feels insulting to any listener with even a hint of human emotion, “So I take you back ’cause when you’re sad, I’m sad/Baby, don’t do that ’cause when you’re sad, I’m sad/Yeah.”

With Puth’s musical know-how and ability to sing as good as a high school choir kid, I predict he might have a very successful future as a singer in an above-average cover band. This album involved no music making, solely market planning, with idea ripping and a lack of self-awareness of Puth’s own ego and self-perception. He’s not a pop star, he’s not Harry Styles, he’s an industry kid who got really popular on a Wiz Khalifa song, which a bunch of out of touch baby-boomer record executives decided to invest a bunch of money into.

Thank God the album is only 33-minutes long; contrary to the opinion of baby boomers, my generation does not have a problem with low attention span, we just have a lower tolerance for bulls**t.