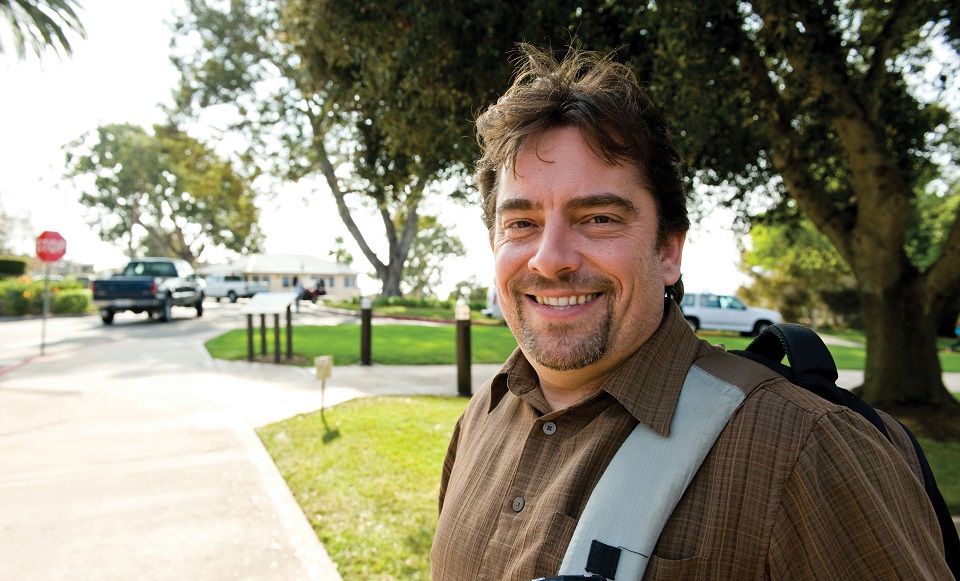 This semester, a big shift has occurred in PLNU’s Center for Justice and Reconciliation: PLNU Professor of Sociology Jamie Gates has stepped down from his role of director to teach full time, according to now Interim Director Kim Berry Jones.

Jones served as the director of external relations and development for the last two years before taking on the position as CJR director. The CJR is transitioning from an academic center in order to be more community focused, as opposed to an academic center’s typical focus on student engagement and academic research.

According to Jones, the CJR has grown substantially in recent years, and Gates could no longer split his time between teaching and the center. Gates said that the center’s anti-trafficking work has grown to the point it needs someone with different administrative skills and the ability to make it their sole focus.

“One way I’ve been describing the change for me is that it has been like raising a child from birth for 18 years and now needing to let go so that the work can grow and thrive…” Gates said about his departure. “I am excited that the university is deeply committed to strengthening and growing our anti-trafficking work in the community, and I believe the work is in good hands with Kim Jones’ leadership.”

According to Jones, she is currently working with PLNU President Bob Brower and the university’s cabinet to reshape the CJR with a focus on a variety of social issues alongside their current anti-trafficking efforts.

“It doesn’t really fit [the academic center] model anymore because of how many programs we now operate out of the center,” Jones said. “It’s not typical for academic centers to do that. It’s a new thing for the university.”

According to junior marketing and CJR student staff Ana Gates, Jones is well equipped to take on the growing responsibility of the CJR, though Jamie Gates will be missed and is still involved with the center.

“Honestly if [Gates] doesn’t ever work for the CJR again, he has done so much for it, just the legacy he left behind,” Ana Gates said. “[Jones] is a woman of many talents. [She] has been such a big part of really running the CJR the past few years.”

While the CJR is figuring out what their future will look like, Jones said they will continue to be dedicated to educating members of the PLNU community.

“Our focus is continuing to grow towards an outward community presence, but in the middle of that we are still very committed to continuing to engage with our students and our faculty,” Jones said.

Jamie Gates said he will be stepping back completely for right now, but will likely to get involved down the road when he is invited to do so.

“I have all the hope in the world that the CJR will continue to thrive and continue to make a deep impact on campus and in our community,” Gates said. “I have strong confidence in Kim Berry Jones and her ability to lead and to bring the right people around her to help the CJR succeed.”

The Holy Spirit in Conversation
Great Escapes Becomes Loma Outside