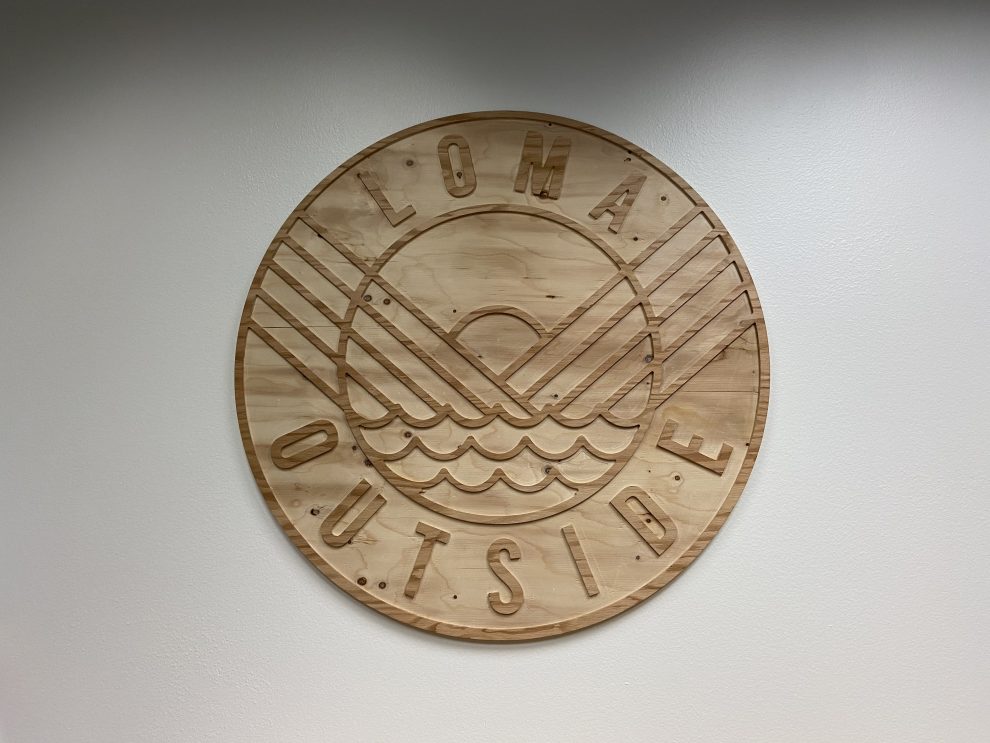 S’mores, free water bottles, camping mugs and t-shirts: These are just some of the things students enjoyed Thursday, Jan. 30, when PLNU celebrated the official storefront opening of Loma Outside in the ARC. Loma Outside, previously known as Great Escapes, is PLNU’s new outdoor leadership program, which was rebranded and restructured late last fall.

AJ Pitkin, director of student leadership and outdoor recreation and PLNU alum, is the face of the transformation. Pitkin stepped into this role in September of 2019, just weeks after the fall semester had started.

As director of student leadership and outdoor recreation, Pitkin equips students to lead and serve while overseeing Loma Rentals located in the ARC, Lomad (a “formative wilderness excursion for incoming freshmen and transfer students,” previously called “The Way,” according to Loma Outside’s website), and Loma Outside.

In spring of 2019 previous director Jonathan Morell left after serving in the role for almost five years, Pitkin said. “Students continued to keep the program afloat while they began a search for the program’s next director,” Pitkin said. Amy Smallwood was hired in May of 2019, but left prematurely in the summer when offered an alternative job, according to Pitkin.

As a result, last semester, the office of Outdoor Leadership pressed pause on leading trips and shut down Loma Rentals, Pitkin said. This allowed Loma Outside time to regroup, rebrand and plan for the future. “[Now] we have a strong following of students who are meeting every week and coming up with some pretty rad ideas,” Pitkin said.

Examples include Run and Coffee, where students, faculty and staff meet Fridays at 6 a.m. for a quick run followed by free coffee and donuts, as well as S’mores Indoors, an event the last Thursday of every month filled with s’mores, games and karaoke.

In addition, Loma Outside will have one to two trips, similar to what was offered with Great Escapes, planned each month. This semester includes a ski trip, a surf trip, a five peak hiking challenge and an overnight desert exploration trip to name a few.

“In its most basic form, Loma Outside is all about getting students outside,” Pitkin said. “It’s often in these types of settings, that people learn who they really are and it’s a chance to pull away from all of the distractions of life.”

A primary goal and distinction, however, between Great Escapes and Loma Outside, is Loma Outside’s intentions. Great Escapes seemed to present the idea that the outdoors is only for certain people, a group of particular people that seems already prevalent at PLNU, according to Pitkin.

“The outdoor industry as a whole lacks diversity and inclusion. As we looked at our own program at PLNU, we were historically reaching a particular demographic of students,” Pitkin said. “We want to change that.”

Tyler Mattson, senior finance and accounting double major and Emma Vahle, senior physics major, were both involved with Great Escapes prior to its shift to Loma Outside.

“I think what AJ is doing with the program is really awesome,” Mattson said. “He has a great vision that will hopefully reach more people around [PLNU]. It’s also great to see some of the underclassmen so fired up about the new program!”

Vahle, who spent two years working for the office of Outdoor Leadership, said although she believes Loma Outside is going to do some cool stuff, she wishes there were more room for student input throughout the transition process.

“They kind of scrapped the program,” Vahle said. “It’s different than what it was and it was kind of hard because I was hurt by the transition process. We just received an email one day that said, ‘Here’s the new program!’”

Loma Outside, according to Pitkin, is striving to reach opportunities in leadership development for all students, without assuming all participants want to go rock climbing, backpacking or canoeing.

Although trips including these activities will still be available, Loma Outside wants to walk alongside other student groups and departments on campus to learn how they can best serve them, Pitkin said.

“The Outdoor Leadership program has been in transition for quite some time,” Pitkin said. “The University has known for a while that it was time to make some changes and rethink how we could best serve our students.

“I am really proud of all that we’ve accomplished thus far,” Pitkin said. “And there are a lot more exciting things coming down the pipeline.”

Changes Ahead for CJR Following Director’s Departure
Benefits of Crossfit