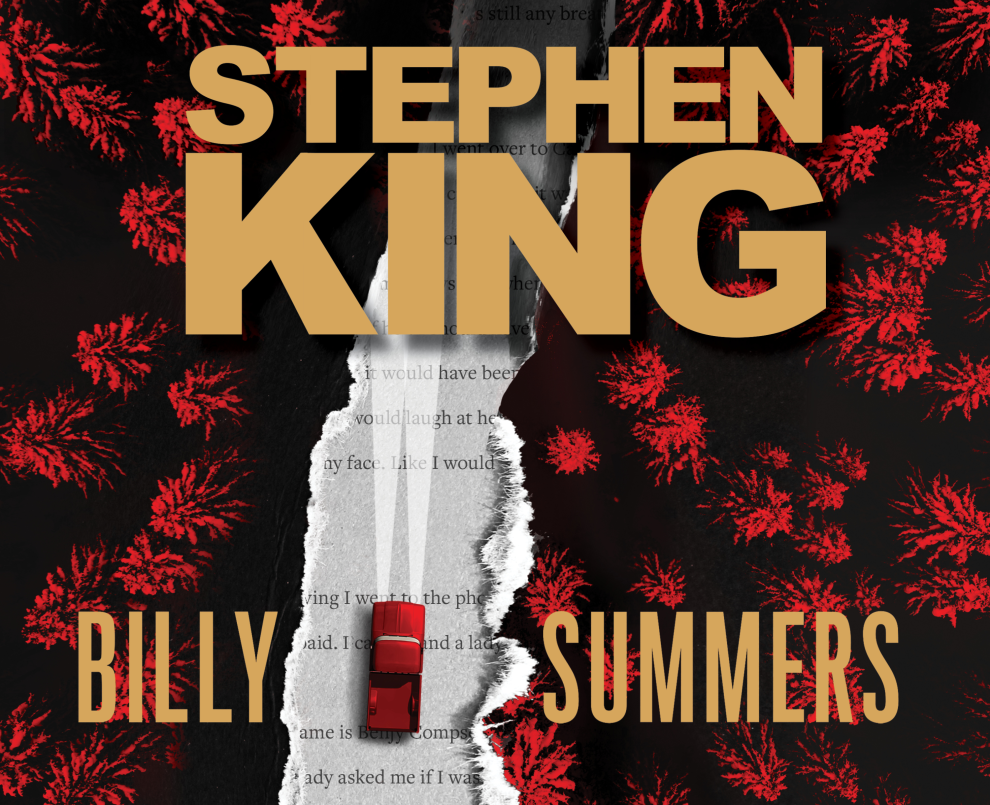 King is a household name for horror; works such as “The Shining,” “Carrie” and “It” have made him famous for being able to craft a creepy and positively bone-chilling story. He creates an atmosphere that keeps a reader uneasy from start to finish, a skill particularly on display in “Salem’s Lot” and “Pet Sematary.”

However, in “Billy Summers,” King departs from his usual genre and fully leans into action, albeit action that takes a while to build. Billy Summers is a middle-aged assassin who is the best at his job, but comes with an iron-clad moral code: he only kills bad people. The book begins with an amazing character description, establishing who Billy is and what he stands for within a few pages. I actually had to read some paragraphs out loud to my roommate in order to fully appreciate how deftly King establishes his main character.

The first half of the book is arguably slow, but the people I met along the way made the time pass quickly. King manages a full cast of characters who all feel distinct with enviable flair; I rarely got people confused and he didn’t fall into the temptation of mere caricatures.

The novel takes a sharp turn after Billy completes his “final job,” and from there I got to watch his entire world begin to fall apart. Billy’s humanity is called into question, and his compassion wrestles with his desire for revenge, but it isn’t clear which will emerge victorious by the end of the book. In true King fashion, both compassion and revenge get their time in the sun.

This isn’t the first of King’s works that leans away from the horror genre. “Rita Hayworth and the Shawshank Redemption” is a classic jailbreak story, and “The Long Walk” is dystopian. However, “Billy Summers” is a novel that’s firmly in the action genre, and it knows it. Billy thinks early on that he’s falling into the trap of “one last job” and he predicts to himself, correctly, that it’ll all go wrong because that’s what always happens in a ‘one last job’ movie. The irony could come across as cheap; instead, it’s clever and fits right into Billy’s character.

About halfway in, I ran into my biggest critique of King: gratuitous sexual violence and a very weird, borderline inappropriate, sexual relationship. You might think that’s a bit too specific to claim as a critique of King as a writer, but works like “It” and “Under the Dome” and “The Stand” all employ a level of sexism that I don’t think can be entirely attributed to the characters in the novels. It shows up a bit too often, and a bit too freely for my taste. I acknowledge sexual violence and sexism in the real world, but the prevelance of it in King’s novels isn’t something that I necessarily enjoy, and “Billy Summers” is, unfortunately,  no exception.

Despite these drawbacks, I stayed up late finishing the novel because by the time I got to the final act, I was so hooked on the story I couldn’t put it down. If anyone were to see me through my living room window, I apologize for my posture. Hunching over the kitchen table isn’t exactly the best for chiropractic health, but I couldn’t even tear myself away long enough to go to the couch. “Billy Summers” ends in a way the genre demands, but King employs a clever way around it that makes him still seem in control. Ending the story was satisfying, but not world-altering.

“Billy Summers” gets its strength from its powerhouse main character, vivid supporting characters and villains as varied as evil is in real life. King trades mythical monsters for real-life evil, and he pulls it off with the attention to detail his fans have come to love. Plus, there’s a reference to the Overlook hotel from “The Shining?” It’s a surprise treat for his loyal reader base. King simultaneously knows where he comes from and where he’s going, displaying his range as a writer while also falling into a familiar pitfall I’d hoped he’d avoid. “Billy Summers” is a novel that takes its time without feeling slow and dives deeply into what makes us human and what lines we’re willing to cross for the people we care about.