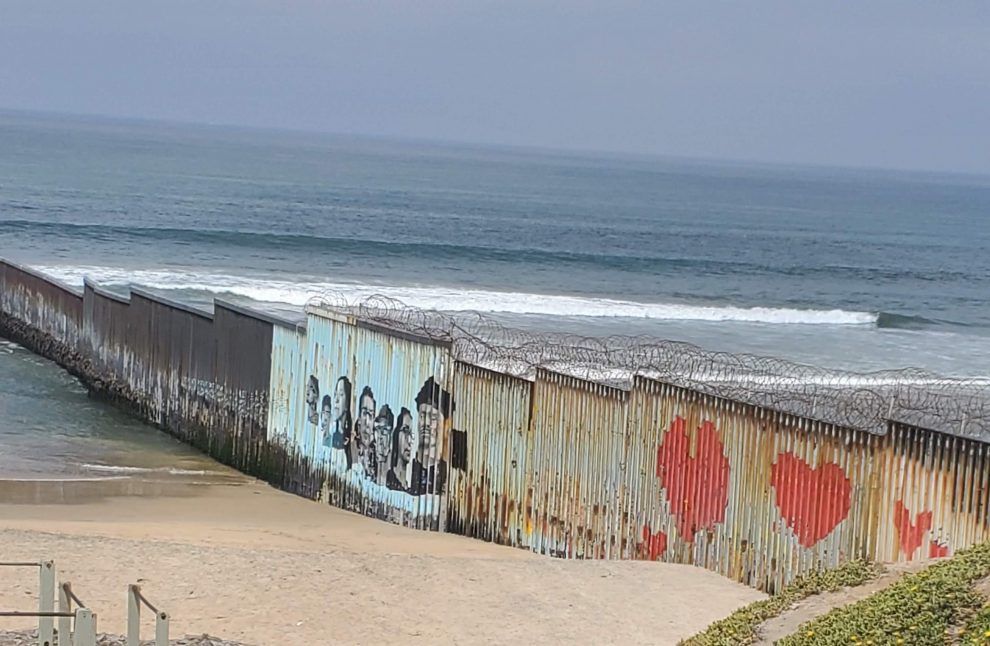 Being a student at Point Loma Nazarene University comes with the privilege of being just a 30 mile drive from Tijuana, Mexico. After receiving my passport in the mail and realizing PLNU’s last mental health day happened to land on Cinco de Mayo, I determined the stars had aligned for the perfect opportunity to spend a day in Tijuana. The biggest challenge was finding people to go with me. There was no shortage of people saying not to go alone and telling me what to expect; however, no one seemed down to join me on my quest for the legendary street food I heard so much about.

Determined to get tacos in Tijuana, I watched a few YouTube videos, told my roommate to start looking for me if I didn’t get back that night and drove across the border. I crossed back into the U.S. that same day having enjoyed good food and beautiful weather. During my time in Tijuana, I learned that a lot of what I had been told was exaggerated or just wrong. These are some of the things I was told before going to Mexico and how they hold up against my experience after spending a day by myself there.

“Tijuana is the most dangerous city in the world! You’re gonna get stabbed/robbed/killed if you go alone.”

This was the most popular warning I was given before my trip. It is slightly exaggerated. According to a ranking done by Statista in 2020, Tijuana is the fifth most dangerous city in the world. Whether you will die going by yourself is more of a case-by-case situation. Sticking to tourist-y areas is a good safety measure. In addition to that, I made sure to always know where I was going, kept my stuff in my pockets unless I needed it at that moment and minded my own business. At one point, there was almost definitely an illegal exchange of some sorts taking place in the middle of the sidewalk. I just sidestepped the exchange without a second glance and kept walking.

“The border is closed right now for non-essential travel.”

My trip almost ended before it even began when I read that travel restrictions were still in place at the border. I decided to risk it. Coming back, the border guard asked why I came to Mexico. I was honest and said, “Just to visit.” He nodded and after a few more questions and checking my trunk let me back in the U.S.

“You don’t need to know Spanish. Everyone there speaks at least some English.”

This one is almost true. You don’t need to know Spanish, but a little goes a long way. Whatever I was able to remember from two semesters of Spanish class a few years ago helped some, but I almost always had to switch to English when it came time to ask how much something was. Spending some time learning numbers up to 100 before you go will save a lot of confusion. One man who didn’t know any English tried to sell me a giant blanket. I wanted the blanket, but it took several embarrassing minutes of him holding up fingers to show me how much it was and me pulling out money to confirm.

“You need to change your dollars to pesos.”

Not really. Everyone will take dollars, in fact some places only have the price in dollars posted. Pesos are more popular though. The conversion is about 20 pesos to one dollar, so keep that in mind if you don’t have pesos and don’t want to be taken advantage of.

“You’re brave for going on Cinco de Mayo, it’s probably going to be crazy over there.”

Nope. No one cares about Cinco de Mayo in Mexico. A gift shop owner confirmed my observation saying that some tourists come thinking it’s going to be a huge party in Tijuana, but for everyone there it’s just another day.

“Driving is insane over there. No one uses their signals.”

This is partially true. Google maps is your friend and will still navigate, but with kilometers instead of miles, so watch out for that difference (one kilometer is a little more than one half of a mile). Big taxi-buses will just stop on the side of the road and block a whole lane of traffic for a few minutes, but they’ll usually throw on a signal before doing so.

“Be careful parking your car, it’s probably better to just park outside the border and Uber/taxi around.”

You can probably steal my car with a flathead screwdriver. With this in mind, I parked my car on a residential street next to two cars that looked slightly more valuable than mine and walked around. I came back two hours later to my car right where I left it.

“Get the tacos! They’re amazing!”

Much to my delight, this was true! For 63 pesos – about $3 – I ate three of the best tacos I’ve had in my life. Pick any cart parked on a sidewalk and ask for two or three tacos. Some have multiple options, the one I went to did not. The birria tacos – shredded beef or lamb marinated before cooking – were tender, juicy and full of flavor.

“Crossing the border coming back is going to take like three hours. Good luck!”

I waited in line for less than 15 minutes coming back at 7 p.m. Everyone I’ve told has been shocked and I’m fairly certain the pandemic is playing some role in the extremely low wait time. No one told me there would be vendors selling every food item you could imagine while waiting in line though. Save some pesos for the trip back and enjoy elotes – Mexican street corn – while you wait in line.

This is not at all meant to downplay what it takes to visit another country. Do some research, bring a friend if you can and be safe. If anything, the hope is to bring some positive attention to a place that has so often been villainized by stories passed on by others, some of whom have never even been there themselves.