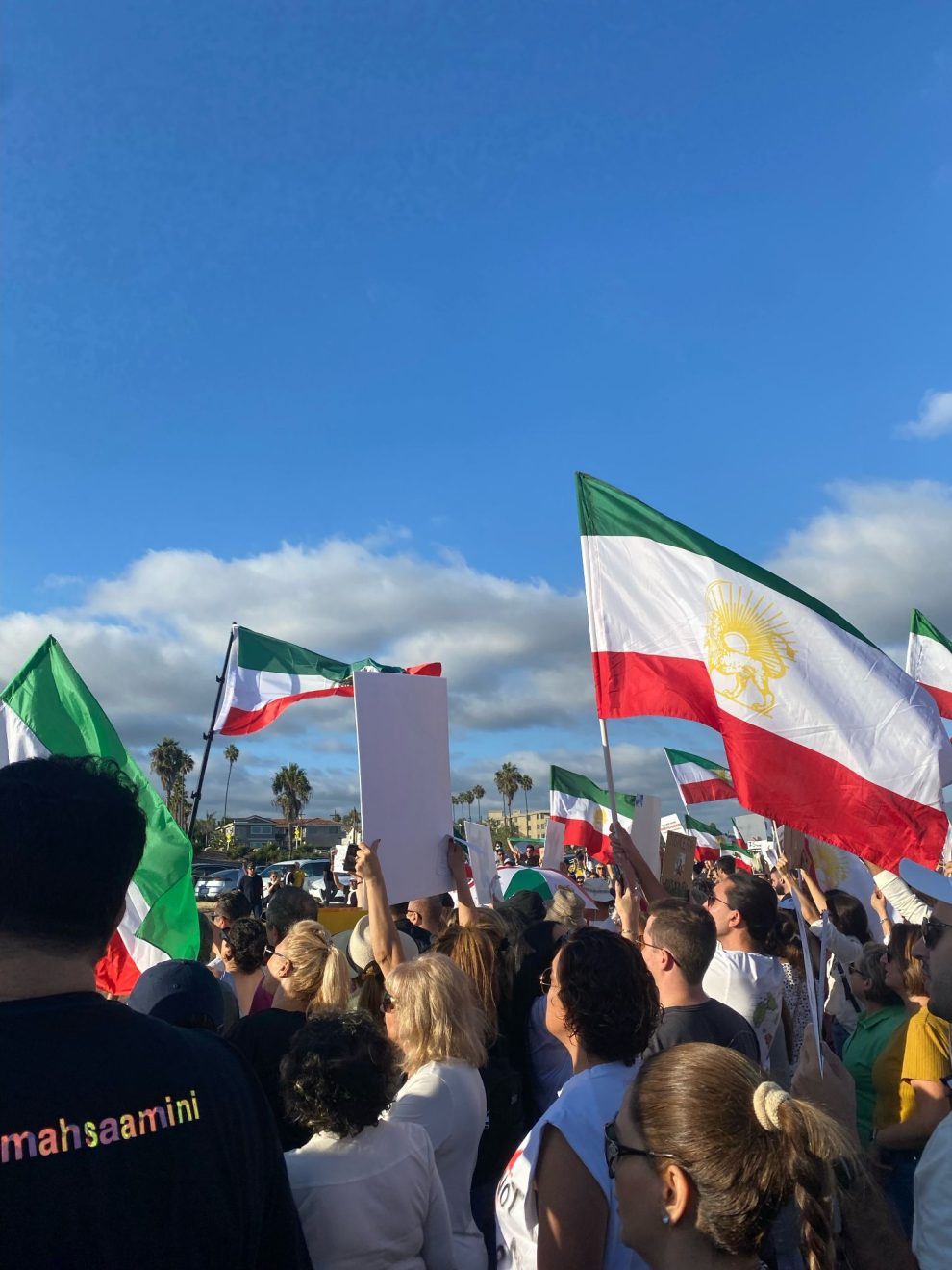 Amplification of this plea, a resounding cry of the Iranian people, has been disseminated internationally since Sept. 16, 2022.

On Sept. 13, Mahsa “Zhina” Amini, a 22-year-old Iranian-Kurdish woman, was traveling in Iran alongside family. According to the United Nations Human Rights Office of the High Commissioner, Amini was detained by Iran’s Morality Police on the basis of “improperly wearing her hijab” and transported to Vozara Detention Centre. Iran’s Morality Police, a group derived from Iran’s Law Enforcement Forces (LEF), has perpetually suppressed the voices of Iranian civilians, stripping individuals of their inherent rights and brutally torturing Iranians.

On Sept. 16, after three days of abuse at Vozara where she fell into a coma, Mahsa Amini died. Iranian authorities deny accounts of beating Mahsa, positing that her death resulted from preexisting health conditions and classifying her cause of death as heart failure. Eyewitnesses of Mahsa’s treatment from Sept. 13 until her passing on Sept. 16 oppose this narrative, and Mahsa’s father Amjad Amini denies Mahsa having prior health concerns in an exclusive interview with BBC Persian.

Following the 1979 Iranian Revolution, a compulsory “hijab and chastity” law became enforced by Iran’s regime classified as the Islamic Republic of Iran. Iran’s subjugation of women is not solely relegated to laws surrounding hijab wear; it also extends towards innumerable restrictions on women, including legislation that eradicates a woman’s freedom to divorce her spouse, allows girls of age 13 to wed and requires a legal crackdown on what the Republic vaguely constitutes as social vices (The Iran Primer, United States Institute of Peace). Beyond women’s rights and restrictions, all individuals under the Iranian regime are tormented by systematic oppression.

United Nations High Commissioner for Human Rights, Nada Al-Nashif, has strongly condemned Iranian officials and engendered awareness of the human rights abuses in Iran amongst the international community. On Sept. 22, the United States Department of the Treasury’s Office of Foreign Assets and Control (OFAC) sanctioned Iran’s Morality Police and other officials pursuant to Executive Order 13553 predicated upon severe human rights abuses in response to Amini’s death. Iran’s Supreme Leader Ayatollah Khamenei, President Ebrahim Raisi, and Iranian authorities are increasingly being condemned by U.S. leaders for their roles in these atrocities, including the U.S. Department of the Treasury and the United Nations. Iranians are calling for global leaders to join in solidarity.

Amini’s death is not an isolated instance, but rather the pervasive continuation of egregious human rights enacted against Iranians by the Islamic Republic. Despite deeming Amini’s passing as natural, Iranian authorities have since imprisoned Niloofar Hamidi, an Iranian journalist who initially shared Amini’s story. Iran Human Rights, a Norway-based human rights group, shares that the Islamic Republic has killed at least 154 people since the rise of protests in Iran following Amini’s death with numbers rising frequently.

Responses to Amini’s death from Iranian women are significantly emblematic of the overarching movement led by women in Iran. Women in Iran are the most prominent targets of abuse by Iran’s government, yet they hold roles as the most outspoken activists. The courage of women is exemplified as they place themselves at risk by protesting in schools, sprinting in Iran’s streets, chopping off their hair in indignation, and tearing down posters of Iran’s officials. Protests have broken out in every sector of Iran, and protests have been counteracted with excessive force, in cities such as Tehran, Mehrshahr, Shiraz, Hamedan, Sanandaj, Marivan and Mashhad. Protests have extended into university campuses, including at Sharif University, the third-ranked Iranian university, where Iranian forces recently tortured, detained and killed students protesting.

Iran International reports that over 150 cities have created rallies in solidarity with Iran. Iranian officials have censored their constituents by enacting a complete internet shutdown, which necessitates our international response to amplify the silenced voices of Iranian people. The advocacy perpetuated by the Iranian diaspora and current residents of Iran is predicated upon this idea: watching injustice occur without partaking in its opposition is a deafening, ignorant usage of privilege.

As an Iranian-American whose parents and grandparents fled Iran amidst the agonizing Iranian Revolution, I deeply grieve for both my Iranian diaspora community and my family who is still in Iran. Reconciling beautiful memories of pre-regime Iran with the present Iran characterized by hatred, terror and violence is distinctly agonizing for our community. We dream of a day when the Islamic Republic of Iran is no longer.

Our mourning is partially ameliorated by gatherings such as candlelight vigils and protests, serving as both spaces for collective grief and passion-induced activism. I am from Los Angeles, California and have participated in LA-based protests and ones in San Diego. I was also able to attend a beautiful candlelight vigil organized by the University of California San Diego’s Persian-American Student Association. As a third-year student at Point Loma Nazarene University, I am compelled to partake in these pertinent discussions around the Middle East through involvement with our Middle Eastern Association. If you are of Middle Eastern descent and/or hoping to learn more about the Middle East, you are welcome to join us at meetings (to stay in touch, follow @plnumea).

Non-Iranian people, we urge you to learn about the state of Iran, its implications for humanity and its powerful civilians. We ask you to join us in protests and advocacy with local and national officials. Acknowledging our privilege is essential; our privilege must prompt our action. Let us reverberate Iran’s voice in the spaces we comprise: