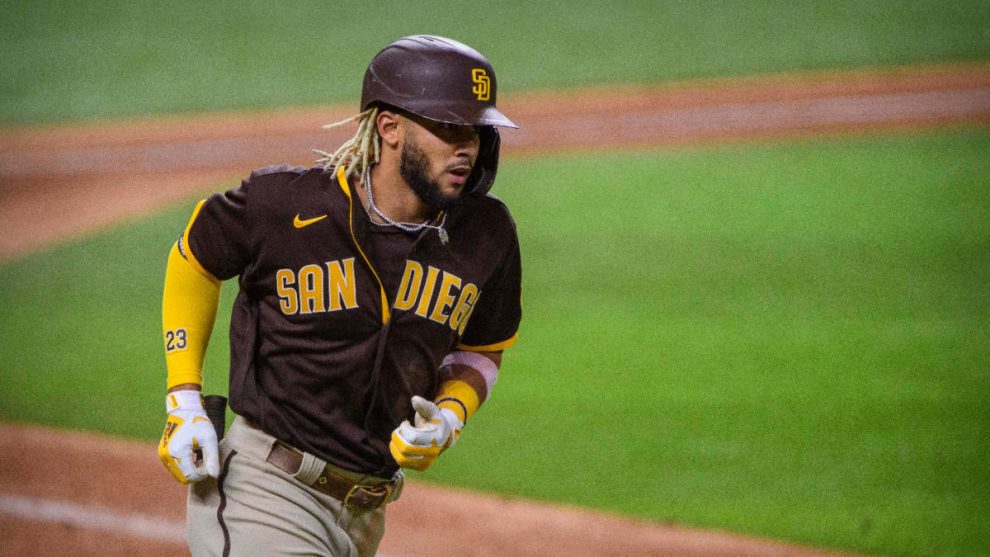 A rare sight—the San Diego Padres are still in playoff contention late in August. The team has not made it to the postseason since 2006 and has not won a playoff series in the 21st century.

However, with the MLB playing a condensed 60-game schedule, the Padres appear poised to make a strong playoff push. With such a short season, there is a much greater variance as to who will qualify for the postseason, so a few star players putting together a spectacular month at the plate can dramatically improve a team’s chances.

The Padres might have the hottest and most fun player in baseball right now: Fernando Tatis Jr. Tatis leads the MLB in home runs and RBIs, and he has led the Padres into second place in the NL West, which would qualify them for playoffs.

Tatis recently made headlines for hitting a grand slam in a blowout win against the Texas Rangers. Unfortunately, the headlines reported Tatis wrapped in controversy for breaking one of baseball’s unwritten rules.

Baseball has numerous unwritten rules—actions that are not banned but that many people in the baseball community discourage. Many of these occur when players disrespect the opponent, which can often lead to retaliation.

Last week, Tatis broke an unwritten rule by swinging at a 3-0 pitch and hitting a grand slam with his team already ahead by seven runs in the eighth inning. Tatis was unaware his swing violated an unwritten rule, but his manager Jayce Tingler rebuked Tatis after the game and said it was a learning experience for the young star.

Some ex-players, managers and fans criticized Tatis while others defended him over the apparent confusion about what the unwritten rules of baseball actually are (which makes sense when they are, you know, unwritten). Here are a few notable unwritten rules of the game.

Here is Tatis’ issue, but he claimed after the game that he was not familiar with this unwritten rule, and it is hard to discern what the real problem is. Teams have come back from big deficits late in the game, and it is difficult for a player to know exactly when they should stop trying.

This one makes more sense compared to the previous rule. Teams can keep trying and hitting well without needing to steal bases to further humiliate their opponent. Stealing bases with a big lead can feel like the player is going out of their way to show up the other team. Oh, and Tatis also broke this unwritten rule the day after his grand slam controversy.

When hitters watch their home run for a little too long or flip their bat excessively, the pitchers can get offended and respond by trying to hit the next batter. Obviously, this sucks for the guy who gets hit, but it may be a justifiable response after getting disrespected by a bat flip.

Many people believe players should have to end a no-hitter with an actual hit. Trying to bunt for a hit might seem cheap in the same way people get mad when trying to bunt for a hit in kickball. It may look worse to let a pitcher no-hit you than to break an unwritten rule, but maybe breaking rules is just rude.

This is a silly one, but if you are superstitious (and you should be), never mention a no-hitter while it is happening. This is a surefire way to end the no-hitter, just like players who miss a free throw or a field goal right after the announcer mentions how they haven’t missed in 20 attempts.

Respect and sportsmanship are important in sports, but the recent critiques of Tatis may seem unnecessary and uncalled for. After all, it’s not like he broke the unwritten rule of not cheating by using cameras and trash cans to tip off hitters at the plate.

PLNU ace pitcher Zack Noll shared his thoughts about unwritten rules and the Tatis situation with The Point, as well as some of his own experiences playing when tempers flared.

The Point: As a pitcher, what are your thoughts on Fernando Tatis Jr. hitting a grand slam on a 3-0 pitch in a blowout? Was it unsportsmanlike or simply someone playing hard late in a game?

Zack Noll: I think the younger generation of players are here to have fun with the game. I think there were a few ads that came out on social media last year about making the game fun again and that is what I think is going on here. Fans want to see action, and I believe Tatis delivered just that. In my opinion, if you are that upset about it, then you should have thrown a better pitch or not let it get to that point. I am all for the “new style” of baseball that is starting to surface because I think it brings a more competitive edge to the game, as well as making it exciting for not only the fans, but also the players.

TP: What are some unwritten rules you believe baseball players should abide by, and what are some you think are silly?

ZN: When running to a base, the rule is to stay in the baseline as well as slide or run through the bag. Some players in the past have come up with their cleats in the air or have not slid at the bag, causing some very serious injuries. For me, this rule is very simple yet not followed as much as it should be. It causes a lot of season ending injuries and will most likely lead to a brawl between both teams or batters [getting hit]. It is more of a written rule, but [it] gets overlooked easily. For unwritten, if there ever is a scenario where you want to hit the opposing team, you never ever aim above the chest area, no matter the circumstance, and I think that seems to get away from some pitchers as well.

TP: Have you ever been in a game where tempers flared because someone broke an unwritten rule or retaliated?

I have been in a couple of games where the benches were cleared but it was all opinionated on if the scenario was handled the right way or not. One off the top of my head was when our player slid into home plate rather hard while the pitcher was covering, but he slid right into the bag and as a player, he was known for going 100 percent on every single play. The other team thought he came in hard to take out their pitcher, and some things were said and we cleared [the benches]. In the end, I believe that a lot of the brawls and these unwritten rules are all opinion based. You have your old school players that have been in the league for 10-15 years and they don’t appreciate a 20-year-old tossing the bat in the air after hitting a home run off them. In the Tatis scenario, you have a guy playing out of his mind against a veteran coach who would think it was not the time to take a swing 3-0. I just think it’s all about perspective because the different generations of players seem to play the game differently now.