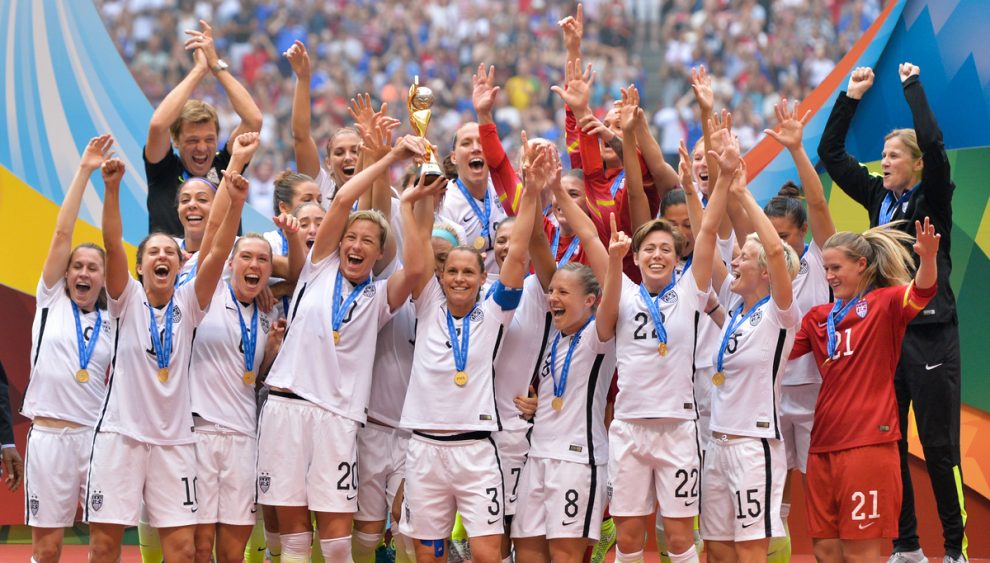 Auburn and Alabama meet in the final game of the regular season every season, and in 2013, Alabama was undefeated and ranked No. 1 while Auburn entered the game ranked fifth. A back-and-forth game appeared to be headed to overtime tied, but the officials put one second on the clock, just enough time for Alabama to attempt a 57-yard field goal to win. The kick was short, and Chris Davis caught the ball in his end zone and returned it 100 yards to upset Alabama in the most dramatic fashion and in the most dramatic moment in sports in the past decade.

In a remarkable comeback, Tiger Woods returned to the top of the golf world by winning the Masters. Woods dominated golf throughout the late 1990s and 2000s, but after health issues and scandals, he struggled to find success on the golf course. It had been 11 years since he last won a major. On a dramatic Sunday with poor weather conditions, Woods rose to the top once again, and he now has won 15 majors, two behind Jack Nicklaus’ major record.

For Cubs fans, it had been 108 years since they last won a World Series. Many believed the Cubs were cursed. In 2016, they led Game 7 of the World Series 6-4 in the ninth inning, but one strike from victory, Rajai Davis of the Cleveland Indians lined a home run to left field to tie the game. Then, there was a brief rain delay, adding to the craziness, before the Cubs rallied to score two in the tenth inning and win the World Series.

4.    LeBron wins a championship for Cleveland

Another franchise that had endured one of the longest championship droughts until 2016 was the Cleveland Cavaliers, who had gone 52 years without an NBA championship. They faced the Golden State Warriors, a team who had the best NBA season of all time by going 73-9 in the regular season and had also beat the Cavs the year prior in the Finals. LeBron James and the Cavs became the first team to overcome a 3-1 deficit and win the Finals.

The Patriots have been the most dominant football team of the decade, perhaps even the most dominant sports team of the decade. They appeared in five Super Bowls and won three championships. Two of them had dramatic finishes. In Super Bowl XLIX, they intercepted the Seattle Seahawks at the goal line, and the last-minute goal line stand preserved a 28-24 victory. Two years later in Super Bowl LI, they trailed the Atlanta Falcons 28-3 in the second half before the Patriots came back to tie the game 28-28 in regulation and went on to win in overtime.

In both 2015 and 2019, the U.S. Women’s National Soccer Team (USWNT) won the World Cup, headlining a dominant decade for the squad. The team has now won four World Cup titles, the most of any nation, and they won in dominating fashion, bringing women’s soccer to the forefront of national attention at times. They also won an Olympic gold medal in 2012.

Entering the 2015-16 English Premier League (EPL) season, few people expected much from Leicester City. They had only been promoted to England’s top division a year before and had finished 14th the prior season. Oddsmakers made them 5,000-1 odds to win the EPL, yet they won the EPL by 10 points, a substantial margin, in one of the most shocking underdog seasons of all time.

March Madness is a time of upsets, buzzer beaters and dramatic sports moments. In 2016, the tournament had all of those things. It also had the most dramatic championship of the decade. Villanova faced North Carolina, and with 4.7 seconds left, Marcus Paige of UNC hit a double-clutch, contested three pointer to tie the game. But Villanova would have the last word as Kris Jenkins caught a pass and hit a three pointer at the buzzer to win the championship.

Many Miami Heat fans had already left the arena in Game 6 of the NBA Finals in 2013 as it looked like their team would lose to the San Antonio Spurs and lose the championship. They made a late comeback, and with 5.2 seconds left, Ray Allen backpedaled to the corner and tied the game with a three. They went on to win in overtime and won Game 7 to win the title.

It has become increasingly rare to see athletes play for the same team for their entire career. Two all-time greats retired in the 2010s that played for only one team: Derek Jeter and Kobe Bryant. In 2014, Jeter announced he would retire from the New York Yankees, and in his final game, he hit a walk-off single. In 2016, Kobe played his final season for the Los Angeles Lakers, and in his final game, he scored an astounding 60 points and took over late in the game to win.