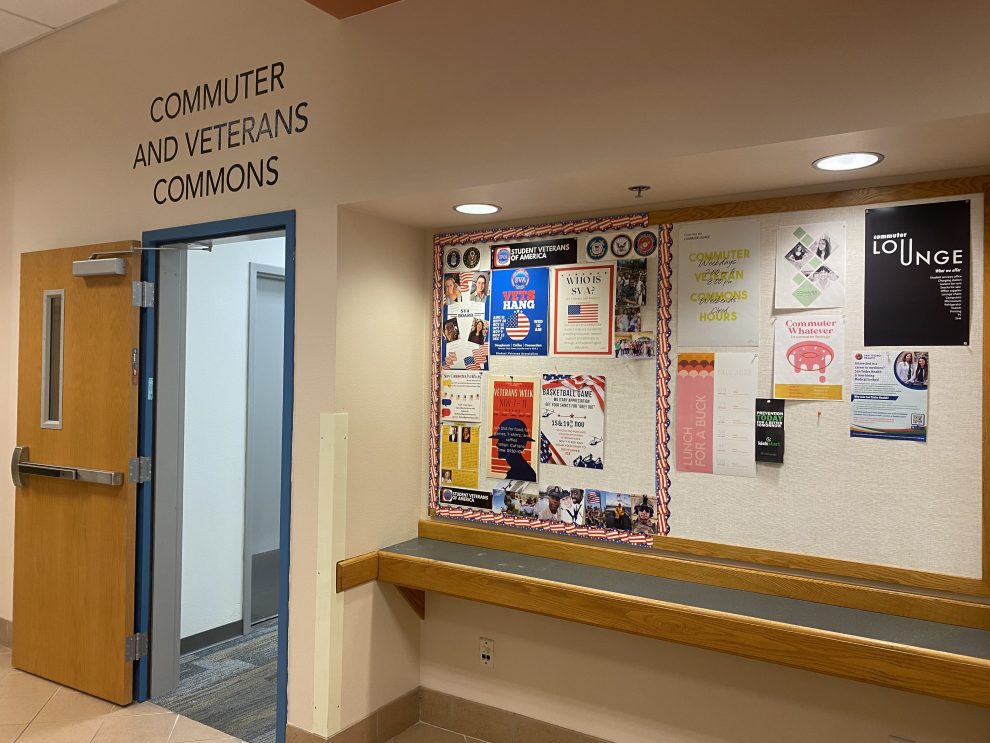 Have you ever begrudgingly woke up for a 7:25 a.m. or 8:30 a.m. morning class, complaining about how early it was? Now imagine for a second that you’re a morning commuter. Not only do you have to still wake up early, but you also have to wake up even earlier to avoid traffic. Imagine commuting in the direction of rush hour and battling the fear of getting caught in an hour’s worth of traffic that starts at 6:30 a.m. (and don’t forget the sense of urgency to beat traffic home which is often worse). This is the reality of my, and so many other morning commuters’ harsh schedules — now imagine giving these students the same amount of chapel requirements as on-campus students.

I commute from Chula Vista every morning. I have a morning class before chapel every day of the school week. So, in order to not be stuck an hour or more of traffic, I leave my house by 6 a.m. every morning, and the drive is about 35 minutes. I am not in morning classes by choice, nor am I commuting by choice. Juniors and senior commuters that have classes after chapel only have to attend 12 chapels for credit. Morning commuters, on the other hand, have to attend 23, the identical requirement for on-campus students.

This puzzles me. I have no problem with afternoon commuters having reduced chapel requirements; this reduction is supposed to allow all commuting students more grace in the midst of commuting. However, why do morning commuters have double the requirements — even though they require the same grace for their busy schedules? That’s an additional three to four weeks of chapel.

Why are morning commuters considered to be on the same playing field as on-campus students? Living on-campus is simply a privilege that we do not have.

Furthermore, most commuters do not have the opportunity to attend Time-Out chapels on Thursday nights. For example, I have a lab Thursday morning from 8 to 11 a.m. Why would I wait 10 hours for Time-Out? It could be said those 23 chapel requirements should still be feasible, even without using Time-Outs for credit. However, when you do the math, that is one less opportunity a week that an on-campus student has to attend chapel. I have ¾ of the opportunity to attend chapels compared to on-campus students, yet I am still required to attend the same amount.

I wanted to communicate with someone about this disparity of treatment, so I emailed Mary Paul, the vice president for Student Life and Formation. She referred me to the general chapel department email, so I emailed them about this issue, and in all possible brevity, they stated: “You are correct. You do not qualify for a further reduction in your chapel requirements because you have a class before chapel, which enables you to be able to attend three chapels a week if you choose to attend.” (They also attached a screenshot of the chapel requirement list.)

Man, did I feel listened to.

See us, and act upon your authority to fix this disparity.

The Point staff contacted the chapel department for a statement regarding chapel requirements for commuters compared to those on campus. Esteban Trujillo offered the following statement:

The chapel attendance policy states: Commuter students without classes before 12:30 p.m. on Mondays, Wednesdays, Fridays or attending only Tuesday/Thursday classes will receive an automatic reduction to their chapel requirements. Chapel reductions for commuter students are in place for students who don’t have class before or after chapel or on days when chapel is offered with the understanding that they are not on campus around the time of chapel.  Chapel attendance is a university requirement. The hope is that students lean in to the uniqueness of Christian higher education, attending chapel being an expression of that. Chapel has always been part of who we are as PLNU and our staff does it’s best to accommodate chapel requirements that can be fulfilled with ease. Furthermore, there are always opportunities to fulfill chapel requirements outside of chapel including the alternative chapel credits and the many offerings during Renewal Week.