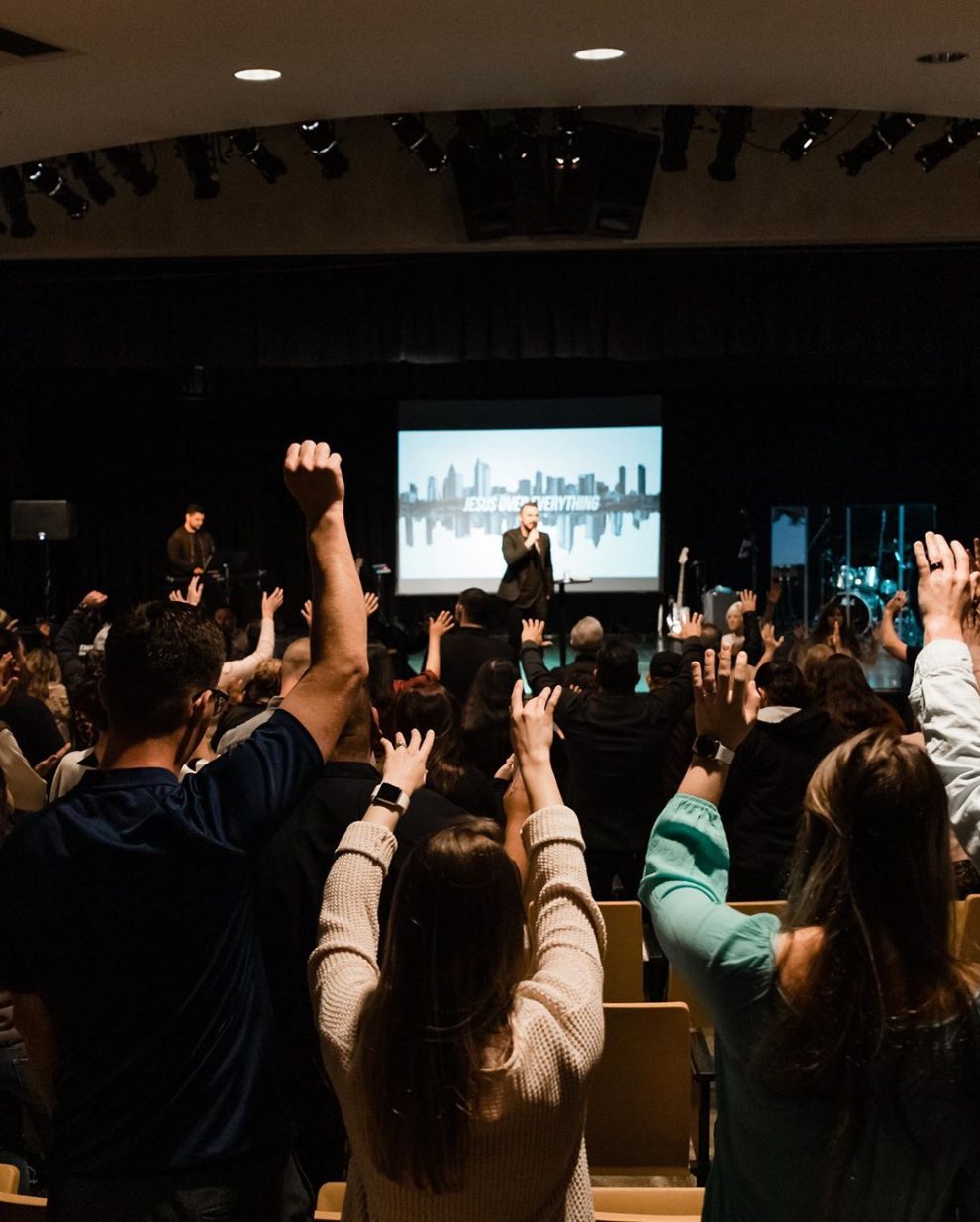 “Then Jesus came to them and said, “All authority in heaven and on earth has been given to me. Therefore go and make disciples of all nations, baptizing them in the name of the Father and of the Son and of the Holy Spirit, and teaching them to obey everything I have commanded you. And surely I am with you always, to the very end of the age.” – Matthew 18:20 (The Great Commission)

The chandeliers glistened from the second floor of The Villas apartment complex in La Jolla and the smell of Mediterranean food filled the common area. Children played on their computers in the corner while their parents talked and ate with each other in anticipation. They heard the calling and they obeyed.

The church’s mission statement: “The House is a church with a tremendous destiny and calling to reach our city for Christ. There are many aspects found in church growth, but the success here is found in the people. You are welcome, needed and important to our family. Come and dream with us as together we fulfill the Great Commission.”

The House SD has three weeks until they open their doors.

Branching off from The House Church Modesto, led by Pastor Glen Berteau, The House SD is anticipating a revival in San Diego.

Kylie Hilscher, 19, saw doors open and she ran straight through them. After commuting an hour to and from The House Modesto for four years, she began attending meetings about the new church plant in San Diego.

She was offered a job in San Diego without applying for it and her sister let her crash in her office for the time being. She had just ended a relationship and school was not her first priority. As doors to Southern California opened, ones back home closed.

The move, she admits, has been hard at times: making new friends, adjusting to a new city, and trying to find a place of her own has challenged her.

The napkin in her hands crumpled under the rustling of her fingers in the bustling taco shop. “I just felt out of place. It felt like me. It felt right.” Her voice tapered off.

Black skinny jeans. Black leather jacket. Black and white checkered vans. Toby Bowker saunters around the brightly lit dining area to catch up with every person in the room. He does not take a break to eat but he encourages everyone to grab seconds.

Bowker is the lead pastor of  The House SD.

Bowker lived in San Diego in the mid-90s and graduated from Point Loma Nazarene University where he met his wife of 23 years. He worked in secular radio for ten years before feeling led to work in a church. For two years he felt the call to move back to San Diego.  He saw San Diego bumper stickers, social media posts about San Diego, San Diego would be brought in conversations. But he did not want to leave The House Modesto.

He kept knocking on doors until they opened.

The thirty person congregation ascended the fire escape stairs and took a seat in the recreational movie room in the apartment complex. Couches lined the first row and spacious leather recliners with cup holders hugged the back of the room. They were instructed to meet two people they have never met. Ask them if they are a cat or dog person. A pianist, guitarist and vocalist get ready to lead them in worship.

A baby coos as her mother sways with her eyes closed singing to a contemporary worship song. The mother has a Bible verse tattooed on her upper arm.

“It’s all fun and games until you pack your U-Haul.”  Bowker has been involved in The House Modesto for over twenty years dating back to when it was called Calvary Chapel Worship Center. “Thank God we changed the name.”

One-word church plants are not uncommon in San Diego, whether they are multi-congregational, a team of people, or an extension of a megachurch—like The House SD.  Some have thrived and others have closed their doors.

The House is affiliated with the Assemblies of God, a branch of Pentecostal Christianity that believes in miraculous healing.

“We try not to get hung up on denominations… We are all wearing the same jersey and playing for the same team,” Bowker said.

“People would move from Modesto and write Pastor [Glen] saying that they need a church like The House in their new city. The Lord told him he could do something about that and the Lord gave him a DNA for his church to spread,” said Bowker.

Benefiel compares non-denominational churches in America to the American free market. “If you apply that to the church, you’re offering a better deal for less cost. So, in order to get people to come in your direction, you’re saying ‘look we’ve got smoke and mirrors, we’ve got relationships, we’ve got all these events we are doing’ but it’s not the cost of discipleship as much then that’s the temptation—to go to something that looks more like Christian clubbing than what we would consider ‘taking up your cross and following Christ.’”

This is in contrast to Europe, where there is a state church and it is not competitive. Benefiel compares the niche of one-word, non-denominational church to the number of restaurants that open up and eventually go out of business, close their doors. “It is interesting how things come and go here.”

Bowker is not turning a blind eye to the possibility of failure. “Every church planner deals with the same thing: is anyone going to show up? There are a million options [for churches] especially in a city this size… God didn’t call us to this city to fail.”  He said he is going to do every possible thing to make sure people know The House SD is in town—visiting college campuses, social media campaigns and passing out flyers.

The House’s door will remain open.

Long, glossy pamphlets were passed down the rows of the movie theatre as the night came to an end. Team members scribbled in the box where they wanted to help. Kylie will be helping with the media team—taking pictures, editing videos, and managing The House SD’s social media accounts.

“We hope to see you at launch Sunday! And bring 100 people with you.”