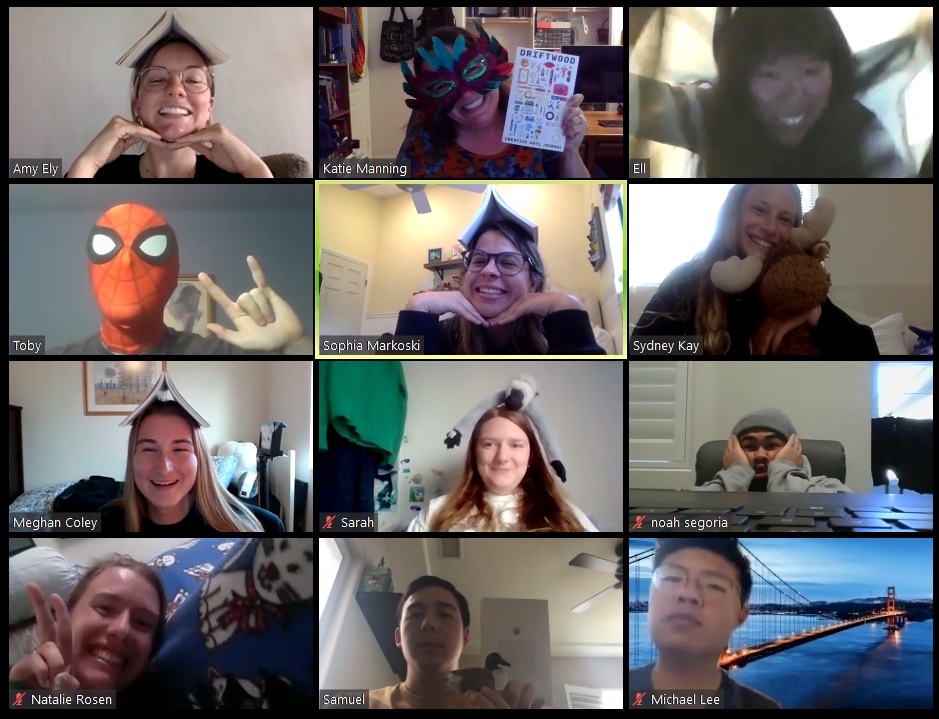 The annual event highlights pieces of work that were featured in the university’s annual “Driftwood” magazine. Because of the closing of campus following the COVID-19 outbreak, the future of the on-campus event was left in question, as it no longer had a venue.

Regardless, the show went on.

With the help of Zoom Conference calling, the event was hosted online and the performances began roughly at 5:45 p.m. on Wednesday, March 25, and lasted until 7:30 p.m. Attendees and performers alike were able to perform their art pieces and listen to others all in the comfort of their own home.

Each performance was allotted around five minutes each in order to feature every performer during the time of the Zoom call. During the conference call, many guests chose to perform poetry, fiction and nonfiction pieces.

The “Driftwood” is a compilation of the arts found here at Point Loma Nazarene University,” according to the PLNU Driftwood Facebook page. “Each fall semester, students submit their best fiction, non-fiction, poetry, art, photography, music, and film, then go through a rigorous judging process. Winners are decided in the spring semester, when the magazine goes on sale.”

According to Associate Professor of Writing Katie Manning, the open-mic event hosted around 20 people, “not counting parents, siblings, and kids who made special appearances to listen and say hello.” In addition, there were casual guest appearances by attendees’ pets that walked into their owner’s frame of view.

“It was smaller than our usual attendance,” senior writing major Sophia Markoski said. “But more people came than I thought.” According to Markoski, the event looked a little different than what attendees have seen in the past.

“When the event was on campus we had several chairs and tables set up in the ARC,” Markoski said. “We had a stage where students would stand and present their art to the audience. Perhaps the most tragic loss in this situation was that we didn’t get to order a giant pizza like we normally do; a crowd favorite.”

Although the event experienced some initial setbacks with the lack of a definite location, Markoski said  that the event’s personality was just as enjoyable and creative. The party even held a proper intermission that allowed performers and audience members to grab a glass of water, chat amongst other attendees and lurk their “at-home” concession stand that is their food pantry.

According to senior writing major Becca Jones, this showcase never falls short of the talent that is also featured in the annual magazine.

In response to the COVID-19 outbreak, the “Driftwood” staff has built an online platform to sell and ship purchased copies once it is safe to do so. If you are interested in learning more about purchasing this creative arts magazine, visit https://www.pointloma.edu/news/plnu-driftwood-sale-now

Tom Brady: An American Hero
Much Ado About Books