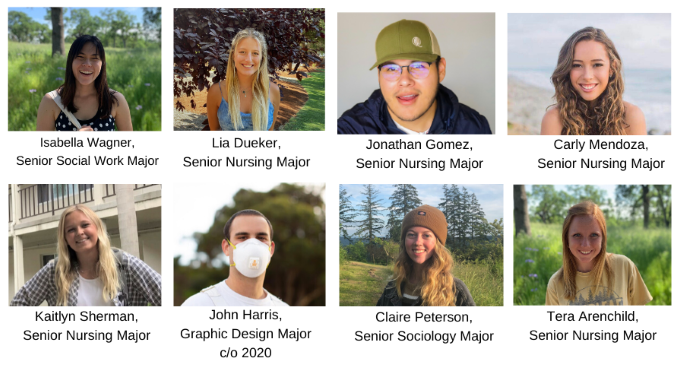 In response to current conversations about racism in the U.S., eight PLNU students created a petition to make Race and Ethnicity a required course at the university. The petition is in circulation via social media, with 835 total virtual signatures from students and alumni at the time of publication.

Senior social work major Isabella Wagner and her peers collaborated to create the petition and received support from faculty who currently teach the course.

“The class changed the way in which I view contemporary American society and helped me recognize many of the false narratives I had been taught that led to personal biases,” said Wagner, who took the course in 2019.

“I believe that education is the gateway to justice and that mandating this course could lead to a generation of students who are more devoted to positive change and racial reconciliation.”

The PLNU course catalog describes Race and Ethnicity as, “An analysis of historical and current social factors relating to various ethnic, racial and status groups” with a focus on discrimination and oppression.

The petition calls for Race and Ethnicity to become a required Foundational Explorations (general education) course, beginning with the 2020-2021 academic catalog. Part of the petition description reads, “By starting at the educational level, we hope that future generations in our country will be able to not only identify, but stand up against racial inequality.”

Required courses at PLNU are decided and approved by committee. Ben Cater, associate dean of Foundational Explorations, described the process of adding a required class to the curriculum as complicated. First, course proposals are submitted to the Foundational Exploration committee for discussion. If it passes, the proposal is then subject to review under the Academic Policy Committee. From there, it can move to a final vote from faculty, after which it can be included in the required curriculum.

Holly Irwin, vice provost of academic administration, explained that if a proposal was made and approved during the 2020-2021 academic year, it would not be effective until the 2021-2022 school year at the earliest.

“As committees review topics that are technical and philosophical, such as the proposed course’s pedagogy, how it will be staffed, what courses it might replace and many other details that would help the course be successful and meaningful, there is much latitude for differences of opinion,” Cater said. “It’s in this context that a proposal can be rejected, recommended for revision and re-submission or accepted.”

The Point reached out several times to Kerry Fulcher, PLNU’s provost and chief academic officer, but did not receive a response.

Wagner explained that reactions to the petition vary. While she received positive messages from many peers, she also experienced negative feedback. Regardless, Wagner and her colleagues intend to move forward.

“We plan to continue collecting signatures and want it as widespread as possible,” Wagner said. “When we present it in the fall, we also want to advocate for [Black, Indigenous and People of Color] faculty to be hired to teach this course. As our campus consists of many white individuals, it is key that this course be taught by diverse voices.”

Data on the PLNU website shows non-diverse students made up 54.6 percent of the entire student population in fall 2019, with 50.5 percent as white (the remaining 4.1 percent is listed as non-resident alien or other/unknown). According to the same statistics, 45.4 percent of students were “racially/ethnically diverse.” Out of the total 4,596 students enrolled at the university during this time, 2.1 percent were African American.

Chief Diversity Officer (CDO) Jeffrey Carr, was part of the group that met on June 11 to discuss the university’s opportunities to address racial justice. Carr described the group as very diverse, but shared there is currently no action plan in place that he is aware of.

“Many of us in our work, myself as CDO and some faculty, had already taken to the streets of PLNU and contacted faculty, staff and students to inquire as to what they are experiencing and any suggestions they may have to take steps. I think it would be very presumptive to think we know all the answers and just what is needed,” Carr said.

“As the CDO, I have shared numerous action plans over the years, but most were not taken seriously and in some cases summarily dismissed as inappropriate for PLNU.”

Associated Student Body (ASB) president for the 2020-2021 school year, Nash Manker, said the ASB Board of Directors acknowledged the petition in recent meetings.

“We want to use our roles to hopefully push staff in the right direction of approving things like the petition to require Race and Ethnicity as a GE [course],” Manker said. “The bottom line is, we don’t want to leave it up to staff and faculty.”

No official statement has been released by the university regarding the petition.