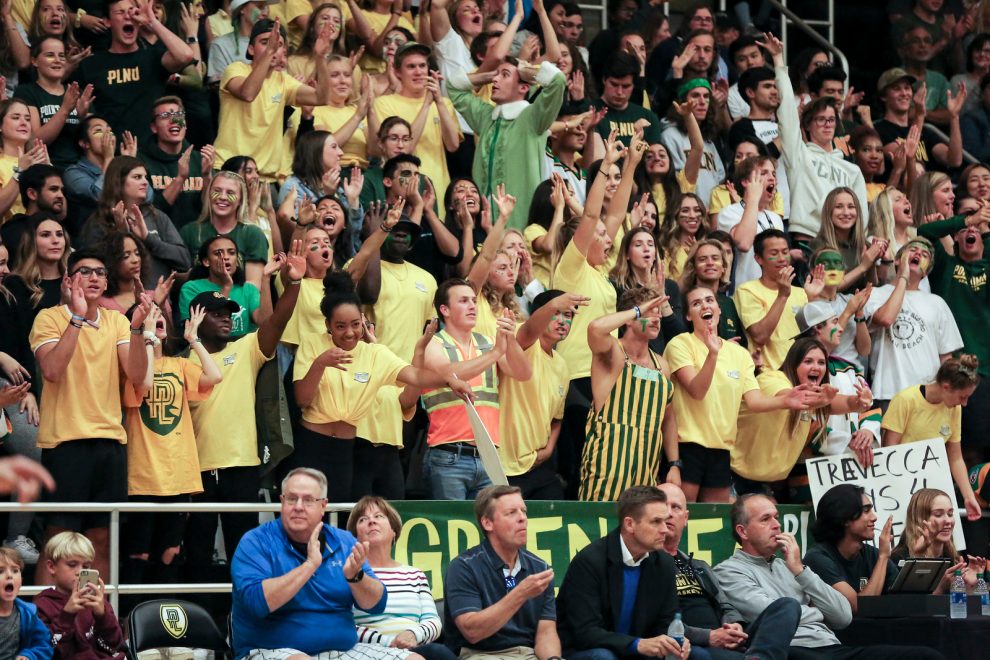 After the NBA Finals concluded on Sunday, the bubble experiments in sports ended. The NBA, NHL and WNBA all utilized a bubble method to conclude their seasons, choosing to isolate players and personnel and play without fans, which allowed them to finish seasons without COVID-19 outbreaks.

There was unison across leagues as they all determined this was the best and safest way to proceed. However, this could never be a long-term model for sports because of the financial ramifications for teams and leagues and the mental health struggles for players isolated from their families.

With the fall sports season underway, there is no longer unity in how leagues approach sports amid a global pandemic. Some teams are unable to play, others can play without fans and others are playing in front of fairly full crowds. Players are missing games, teams are being forced to shut down their facilities temporarily and schedules are fluctuating constantly.

Week five of the NFL season has seen chaotic adjustments as the league tries to navigate positive tests with players and teams. The Tennessee Titans have been at the center of attention with their 23 positive tests over the past three weeks, forcing two of their games to be postponed. Interestingly, their game on Oct. 11 will be only the second game in NFL history played on a Tuesday, according to John Breech of CBS Sports.

In total, the NFL has rescheduled eight games after Week Five, and the scheduling of games will only become more complicated if positive tests continue within teams.

The MLB showed seasons can be completed outside a bubble as the World Series is on schedule to wrap up by the end of October. However, the MLB should never be the model of how to run a professional sports league. They canceled games and had a large number of doubleheaders to catch up after teams like the Miami Marlins and St. Louis Cardinals had outbreaks during the season, leading to the postponement of several games. (The NFL cannot make up games with doubleheaders because of the physicality of the sport and travel demands.)

Then, the MLB wanted to ensure a smooth postseason, so they had teams enter into a quasi-bubble for the divisional series, championship series and World Series. The American League played in Los Angeles and right here in San Diego while the National League series took place in Houston and Arlington, Texas. The World Series will take place in Arlington. The bubble idea for baseball is to play the series with no days off like they typically would have. For example, a best-of-five series in five days or a best-of-seven series in seven days. This puts a major tax on pitchers, but it seems like a fair tradeoff to make sure the series can be completed in a safe, timely manner.

However, the MLB decided on Oct. 5 to make 11,500 tickets available for the National League Championship Series and World Series in Arlington. Since Texas has fewer coronavirus restrictions, they are able to do this while the series in San Diego cannot. If the focus is on player safety, why are fans suddenly allowed to attend games? All season, there have been practically zero fans at games, but now they want to make an exception. Exceptions appear to be the name of the game, and there is no better example of this than the NCAA’s return to play.

Here at PLNU, there are no fall sports. Across California, fall sports were postponed until the spring semester, that is until the Pac-12 Conference decided to change their mind and play a shortened season from Nov. 7-Dec. 18.

The Big Ten Conference and Pac-12 were the two major conferences who announced they would postpone fall sports, but other conferences like the Southeastern Conference and Big 12 Conference announced they would continue to play, albeit with restrictions on capacity for crowd sizes. In turn, players, parents and even President Trump pressured these conferences to bring back football for the fall, and football is officially back at the most prominent schools and some smaller schools. Athletics returned even while classes remain predominantly online.

“As much as I don’t agree with everything the NCAA has done, this is an area where they have been stuck from the beginning due to different state regulations across the country, so there is no way that one blanket approach will work,” PLNU Athletic Director Ethan Hamilton said.

The different state regulations are obvious when schools like Texas A&M host a crowd that appeared surprisingly full, given that the school announced they would cap capacity at 25 percent. The reported capacity of 24,709 at their game with Florida seems fictitious based on the many apparently empty seats when watching on TV. Dan Mullen, Florida’s head coach, said he felt like there were 50,000 fans in attendance and implored his own university to allow 90,000 fans at their next game.

While schools in the South fill stadiums on Saturdays, California has taken one of the most restrictive approaches to the pandemic, which complicates athletic competitions.

“In addition to the complexities in returning to practice or competition, the NCAA has created guidelines for testing that each school is strongly recommended to follow, and the access and costs for this testing makes things problematic,” Hamilton said.

The right course forward is difficult to determine, and the coronavirus worries are matched by a survey from the University of Wisconsin School of Medicine and Public Health that reports long-term effects on high school student-athletes without sports. They reported a 37% jump in student-athletes who reported feelings of anxiety and depression “that would typically require medical intervention.”

There is no easy or “right” solution, but there appear to be several bad attempts across American sports leagues. Sadly, the concern seems to be on political ramifications and financial incentives rather than the health and safety of players.

On one hand, people have to worry about the spread of a virus, while on the other, they have to consider the long-term repercussions of canceling competitions.

Movie Theaters in the Pandemic
An Apple a Day…