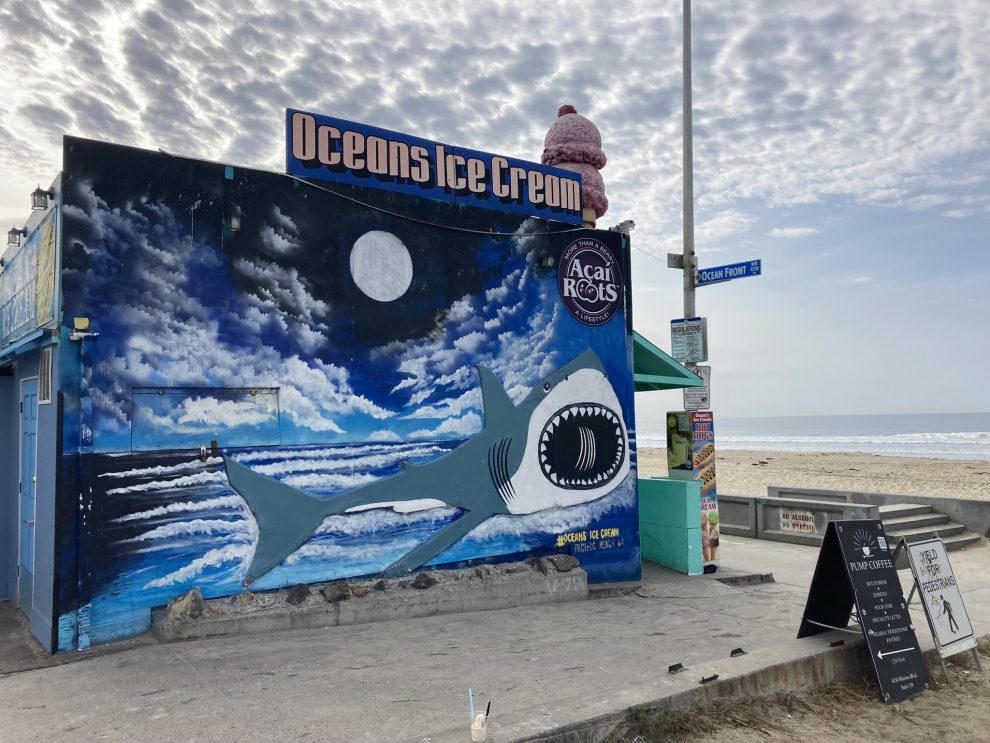 It was a cloudy March afternoon at Sunset Cliffs. Matt Shelton, an avid surfer and second-year international business major at Point Loma Nazarene University, was out surfing by himself at a local break known as Subs. Out of nowhere, a 12-foot great white swam through the face of an approaching wave, less than 10 feet from Shelton.

“I’ve always been afraid of sharks,” said Shelton. “But this was my first time with a great white in the water… I freaked out and caught the next wave in.”

Although Shelton had no more than a passing encounter with the creature, he said it made him consider the dangers of the ocean.

Shelton’s encounters with sharks did not stop there. Four months later, he witnessed a shark attack on a young girl in his hometown in North Carolina. The girl survived with a major laceration to her leg.

“It made me realize that they’re out there,” said Shelton. “There are other things besides humans.”

Keegan DeBever, second-year applied health science major, has been a lifeguard at Mission Beach in San Diego for the last four years. He has had several sightings and personal encounters over his time working there; however, not once has there been an attack.

DeBever noted how beachgoers regularly ask about the presence of sharks.

“I just tell them there are sharks in the ocean. They’re everywhere,” said DeBever.

Andrew Nosal, a PLNU biology professor, has done extensive research on sharks at the Scripps Institution of Oceanography. He has studied the behavior and ecology of sharks, including their movement pattern, navigation systems and mating behaviors. He has also conducted research on the perception of sharks, the effect of ominous background music in movies about sharks and how these perceptions affect the efforts for shark conservation.

“People are in the company of sharks way more than they realize,” said Nosal. “The fact that we don’t see more bites is a testament to the fact that they don’t make mistakes very often.”

Nosal noted that the waters off of Point Loma contain a variety of species of sharks: soupfin, sevengill, blue, mako, thresher and juvenile great white sharks to name a few. Of these species, however, only a few pose potential threats to humans – specifically great white sharks and occasional hammerheads.

With this said, shark attacks are tremendously uncommon. According to the International Shark Attack File at the Florida Museum of Natural History, San Diego has had 20 unprovoked shark attacks in the last century, two of which resulted in fatalities. As noted by the same source, people are nearly 50 times more likely to die from a lightning strike than from a shark attack.

The irrational fear of sharks that people have is perfectly understandable, according to Nosal. However, “it’s disproportionate to the actual risk that they pose,” said Nosal.

Nosal also discussed the importance of sharks in a healthy ecosystem.

“We should be excited to have sharks off our coast because it means that the ocean is healthy,” said Nosal. “There’s no such thing as shark-infested water because you cannot infest your own home.”

For those concerned about an attack and would like to mitigate the risk, Nosal has a few recommendations: