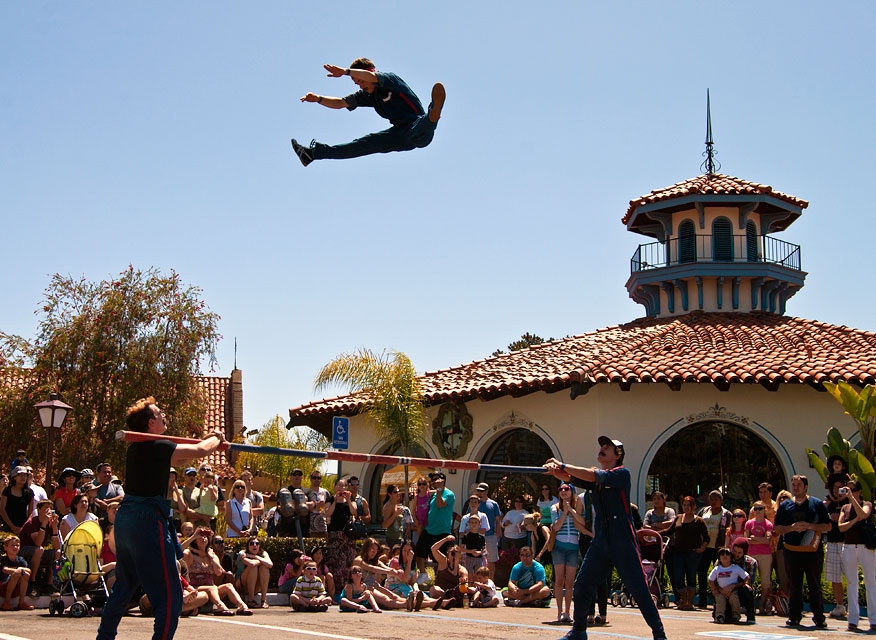 If you’re staying in town for spring break, here are some things going on in San Diego that you can check out for this upcoming week:

Friday March 6: At 4760 Adair St. from 4 p.m. to 6 p.m., GrlSwrl San Diego is having their second meetup for women skateboarders. It’s an event for skateboarders of all levels and all ages. The first meetup had over 30 people, and it takes place right in Ocean Beach. No cost.

Saturday March 7: At 849 West Harbor Drive, there is a Spring Busker Festival happening from 12 p.m. to 6 p.m. on both Saturday and Sunday. Right in the heart of Seaport Village, street performers from across the country will be showing unusual and comedic acts, including sword swallowing to knife throwing to pogo stick tricks and juggling on unicycles, according to seaportvillage.com. No cost.

Sunday March 8: In addition to the Busker Festival, National City Chamber of Commerce’s 2020 Mariachi Festival will be happening at Bayside Park in Chula Vista from 11 a.m. to 7 p.m. It is a “community-friendly event providing entertainment for families to come together and celebrate San Diego’s Mexican heritage through mariachi music, traditional ballet folklorico dancing, and a celebration of arts, culture, and culinary delights,” according to the Port of San Diego website. General admission is $10.

Monday March 9: At Queen Bee’s coffee shop, 3925 Ohio St. in North Park, San Diego Poetry SLAM is having their Grand Slam Finals. Poets have been competing since September of last year, and all of the qualifiers will be facing each other in this final event. Tickets are $5 and the event starts at 8 p.m., but it is recommended to get there early.

Oh, and don’t forget to see who Peter chooses on The Final Rose.

Tuesday March 10: Balboa Park’s Timken Museum of Art, Museum of Photographic Arts, San Diego History Center and the Veterans’ Museum and Memorial Center will all be free since it is the second Tuesday of the month.

Skateworld in Linda Vista is having their weekly $2 Tuesday, which means $2 admission, $2 roller skate rentals and $2 deals at the snack bar.

Thursday March 12: The 27th Latino Film Festival will have their opening night at AMC Fashion Valley. It is an 11-day event with over 160 films from Latin America, Spain and the United States. The full lineup is available on the San Diego Latino Film Festival website. Tickets start at $10 for students.

Saturday March 14: The 40th Annual St. Patrick’s Day Parade and Festival will be taking place in Balboa Park. The parade begins at 10:30 a.m. at Fifth Avenue and Laurel Street, and the Irish Festival will be from 9 a.m. to 6 p.m. No cost.

Sunday March 15: Have you ever tried salsa dancing? At Queen Bee’s in North Park, Salsa Sundays is always an option. Student tickets are $8 for salsa lessons beginning at 7:30 p.m. and social dancing until midnight.

In addition to these events, Wonderspaces Virtual Reality will be open in Liberty Station for the whole month of March. You can see four virtual-reality films that were also featured at well known festivals such as Sundance, SXSW and Tribeca. Tickets are $13 for students.