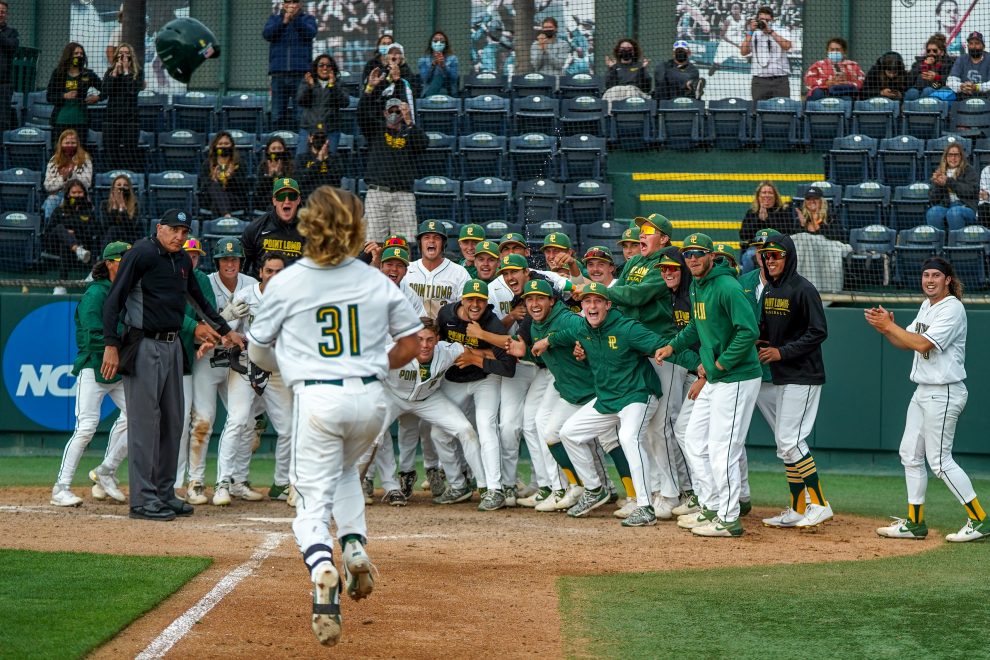 PLNU opened up the sports facilities to the public during the spring semester, following changes in health and safety guidelines in San Diego.

Although there are still strict rules and a limit on the number of fans, fans are now able to watch sporting events in person once again. The 6-foot rule still applies, and attendees can sit in pairs with room in between each set of seats. Nevertheless, fans have raved about getting back to watch the athletes in action, despite the restrictions.

“It has been a long wait, but it is exciting that we are at least able to see some of the games this year,” senior student Hayley Damon said.

Damon has been in attendance for most of the sports during her years at PLNU with baseball and volleyball being the sports she attends most.

“Although there have been great updates with the live streams of games, nothing beats watching these games in person by the ocean,” Damon said.

Throughout the spring, PLNU abided by state and county restrictions that did not allow concessions and required all spectators to wear masks, even when outside. Some spectators found this perfectly fine and brought their own food and drinks to enjoy the games with.

“Normally, I just go to Jensen’s and load up on snacks for the game, and it is actually a lot more efficient for me now because I don’t have to get up all the time to buy things during the games,” spectator Butch Noll said.

Fans like Noll and Damon are excited to be able to watch live sports in person again, but the players are also excited to have fans back in attendance. Many PLNU athletes find that playing with other people at the stadium brings an energy that isn’t there when alone.

“There is something about fans in the stands that brings an excitement that is hard to get when it is just with your teammates,” Baxter Halligan, junior pitcher and outfielder on the baseball team, said. “When you are out on the field and have a full stadium backing you, it is something special.”

The fans and players have been looking forward to this day since the season was cut short last year, and with added precautions, fans were able to return to games in limited numbers.

PLNU Athletics plans to allow more fans into sporting events in the fall as the school and state of California allow it, according to PLNU Assistant Athletic Director for Communications, Danny Barnts. Athletes cannot wait for more fans to return to the stands, and many fans cannot wait for the chance to catch a PLNU game by the ocean once again.