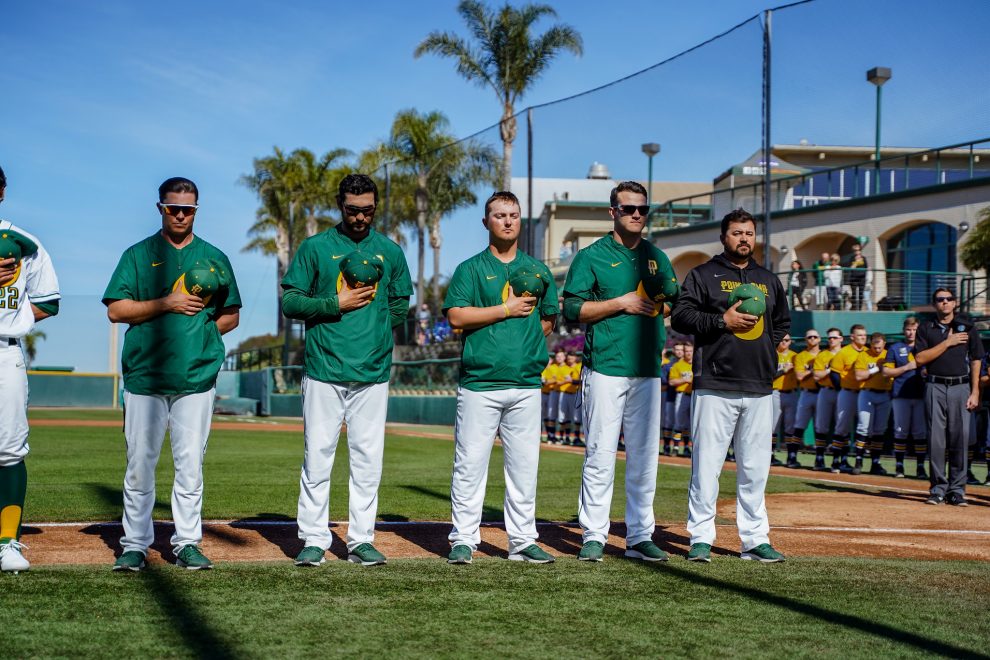 Baseball rarely garners much attention through the off-season, but the Houston Astros’ sign-stealing scandal has kept the MLB in the spotlight all winter. After the season ended in November, Mike Fiers—a former pitcher for the Astros but currently with the Oakland Athletics—reported that the Astros were stealing the signs of opposing teams using a camera in center field in 2017 when the Astros won the World Series.

The MLB conducted an investigation and found the allegations to be true: The team was utilizing a real-time camera feed to alert hitters about what pitches would be coming. Commissioner Rob Manfred announced that the Astros would be fined $5 million and lose draft picks. More importantly, Manager A.J. Hinch and General Manager Jeff Lunhow were suspended for a year before they were ultimately fired from the team.

There was an outcry from MLB players, coaches and journalists all winter, so for more information about the situation, The Point talked to PLNU Head Baseball Coach Justin James about the sign-stealing scandal.

The Point: As a former pitcher yourself and someone who has worked a lot with pitchers, what is your perspective on teams using this technology to steal signs?

Coach James: Sign stealing is a part of baseball, that’s kind of in the fabric of the game. What is hitting home in this case is getting it now, in my opinion, in an unfair way by using technology that other people don’t have. Also, it was already set in rules to not use technology for those reasons. One of the best comments [about the scandal] was that as an MLB player, you would rather face a guy on steroids than a guy who knows what pitch is coming. I thought that really opened my eyes to what the current MLB players were really thinking because knowing what pitch is coming every pitch is a scary thing for really anybody.

CJ: Hitting is probably the hardest thing in all of sports, and that’s also part of what makes baseball so appealing [because] the guys who are good at it, they have a special hand coordination and are so athletic. This [type of sign stealing] takes away from the cat-and-mouse game between the pitcher and the hitter, and it’s a hard ball they are playing with that can be hit back at people, so it becomes very unsafe, which is also concerning.

TP: You said that sign stealing is kind of ingrained in the game in different ways. How much, either when you were on the mound or when you are coaching, do you notice the other team or does your team try to pick up on those things?

CJ: All teams, for the most part, are trying to do it. There are definitely ways to relay signs and stuff like that since the beginning of baseball. We work on different sign systems offensively and on the pitching end to try to curb some of this [for opponents], but simple things like pitch tipping, which is showing kind of what pitch you are throwing in the glove, is something that has always been happening as well.

TP: When you see that in the dugout, do you communicate to your players about it?

CJ: We work on that in practice to try and eliminate some of that.

TP: And if you see the other team doing it, you are relaying stuff in to your hitters as well.

TP: Were the punishments fair for everyone involved in the Astros scandal?

CJ: Yes, to a certain extent because that’s what they said they were going to look at. They were going to punish the managers and upper management, not the players. I think that was a good approach until this got a bit bigger when there were some other ways they were relaying it. Probably now some players should have been suspended, very similar to the steroid suspensions, and I don’t think that would have been unfair.

TP: What do you think the response will be like during the season as an opponent?CJ: The current MLB players are not happy about this. There have been a lot of careers that have been ruined, possibly, because of this, so it’s going to be very interesting when teams start facing some of these batters they thought were stealing signs.