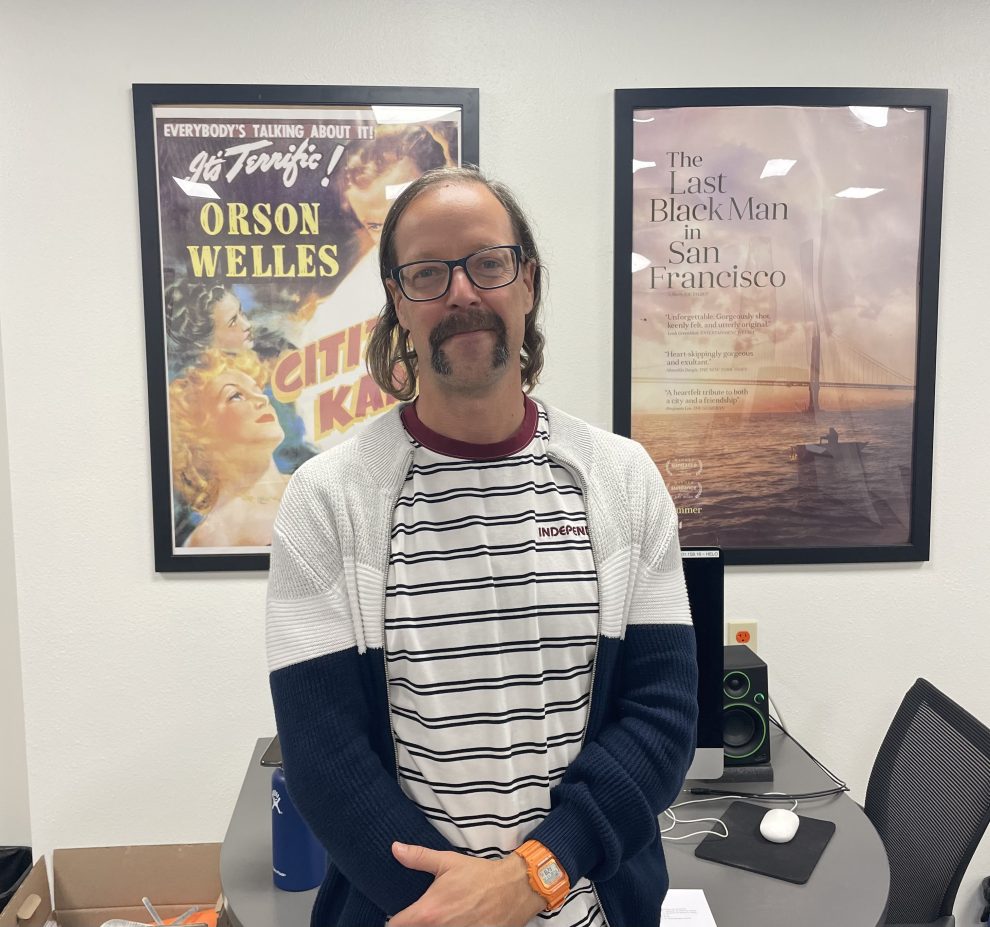 Whether you are an avid Letterboxd user or someone who just enjoys a good movie every once in a while, there is truly something magical about the big screen. For all the film bros here at Loma, the ultimate lineup of movies is coming your way. No one is better versed in the universe of media than our very own media communication professors. The best movie recommendations come from people who have an insider’s perspective on the movie making process.

Rick Moncauskas, an adjunct professor, media operations manager and radio advisor here at Point Loma Nazarene University, has been part of the TV studio on campus for nearly 12 years. Before coming here, Moncauskas worked in media production in San Diego and Burbank, California. Having such a lengthy career in television, he is well rounded when it comes to movie watching. His favorite genre is science fiction, but he notes that he also enjoys watching short films.

“My father was an engineer, he had science books and magazines laying around the house, and I got bored and I picked up some of his magazines and books and read them, and got interested in science,” said Moncauskas. “It’s a mixture of story-telling and science, I like it because I like the idea of thinking about ‘what would happen if this thing was different.’”

Regarding his favorite movies, the top contenders for Moncauskas include the “Ghost in the Shell” series of movies and T.V. shows, “Monsters” directed by Gareth Edwards, “Baby Driver” starring Ansel Elgort and the Christopher Nolan film “Memento.” Of all of these films, he was most vocal about “Ghost in the Shell” which is a Japanese anime series. Many “incarnations” of this franchise exist, with the most recent being a Netflix series titled, “Stand Alone Complex 2045.” Personally for Moncauskas, he prefers the older renditions of the anime when it was all hand-drawn.

“Everything that comes out that’s ‘Ghost in the Shell’ I’ll watch – even if it’s bad,” said Moncauskas.

While he may be a massive fan of “Ghost in the Shell,” he still has love for a very popular 90’s movie.

“My favorite movie from the last 20 or so years is probably ‘The Matrix.’ When it first came out I grabbed my pastor the next day and said ‘come on you’re coming with me to see this movie.’ And then I went and grabbed the music minister the next day.”

While many people consider themselves movie buffs, having worked in the movie industry since the early 70’s indicates that Moncauskas has years of experience in the inner workings of film. Working in an industry that creates these masterpieces could ruin the magic for some, but for Moncauskas, he tries to separate his profession from himself when viewing a movie, but can still pick up on clues and symbols that many movie-goers are blind to.

“It has influence over analyzing the film. I try to go in and not be a com. professor when I watch movies, I just want to watch it and enjoy it,” said Moncauskas. “Sometimes my understanding of how films are made gets in the way of me just enjoying it.”

James Wicks, a professor of media and film studies at PLNU, has taught here for 13 years. Having experience in the movie industry, he says that this has influenced the way that he views entertainment. It has made him more analytical and philosophical. His passion for movies and television started when he was a teenager.

“I was fascinated in high school with films that portrayed themes of justice, and in college it was all about watching art films,” said Wicks.  “Now, it’s about blending the two ideas preferably in non-linear ways. There’s so much left to create and explore.”

While Wicks was living in Taiwan, he stumbled across “Miller’s Crossing,” a 1990 film by the Coen Brothers about an Italian mafia leader and an Irish mob boss and their feuding. While he says that this movie is not the best movie he’s seen, it holds the spot for one of his favorite movies of all time.

“…I found myself lost in it,” said Wicks.
“It was the first time I realized that I wasn’t sure if the writers would eliminate the main character or not. It’s a crime mobster film, so the genre was exciting to me at the time, but it was the writing that captivated me. I was hooked. It felt somehow both beautiful and thoughtful.”

Even as someone grows and their tastes change, entertainment can be transportive and transformative.

For the Loma students interested in broadening their film horizons, Wicks offers three directors with a plethora of movies under their names. Agnes Varda, a French film director responsible for the spark of the influential “French new wave” of film style in the 1950-60’s, Chloe Zhao, a Chinese filmmaker who has worked on many independent films and even directed Marvel’s “Eternals”  and Japanese animation director Hayao Miyazaki. Miyazaki is famously known for co-founding Studio Ghibli which has a very unique art style in its films.