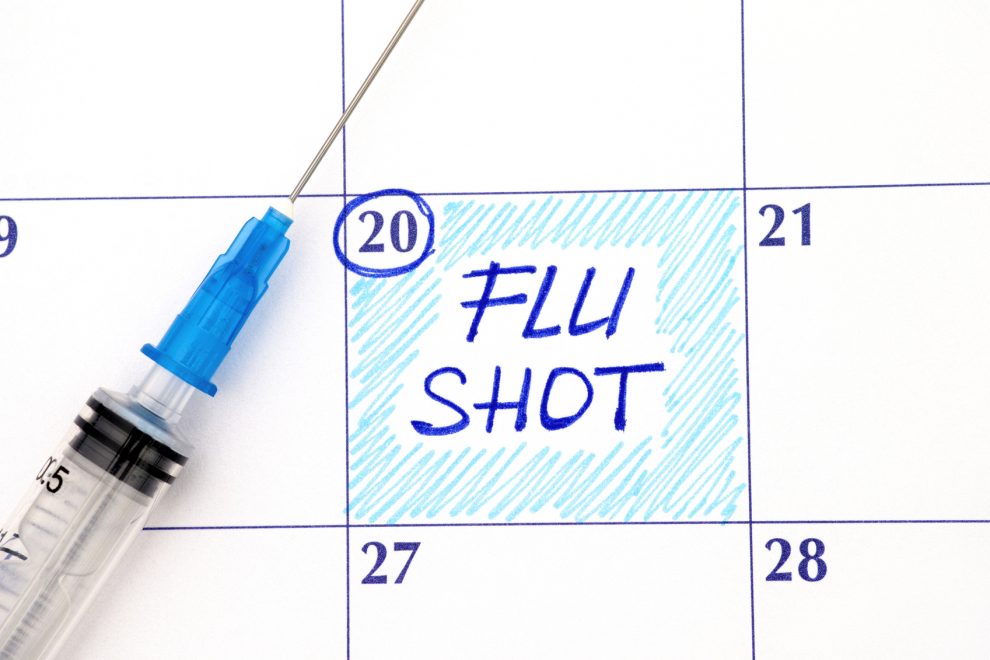 According to the County of San Diego Influenza Watch final report, 35 adults under the age of 65 died with the flu infection and there were 9,655 reported cases in San Diego between July 1, 2018 and June 30, 2019. There have been three flu related deaths in San Diego since July 1, 2019.

Three nursing students went to National City Fire Department every Tuesday, starting on October 14 from 9 a.m. to 1 p.m. and administered free flu shots as their clinical. Three different nursing students took their spots halfway through the semester. According to associate professor of nursing Monique Sawyer, they will be offering approximately 150 flu shots at the fire department this semester. Sawyer’s classes focus on public health.

National City Fire Department proposed the flu clinic to the PLNU nursing department because they saw that there was a need in National City for free flu shots, since there is a large population of underinsured families, according to Sawyer.

Sawyer said firefighters are trained in emergency medicine. Therefore, flu shots are not in their scope of work even though they are qualified. Sawyer offered the flu clinic for nursing students who are enrolled in her class and need to complete clinical hours.

“We always have a few deaths in the county from the flu that turns into pneumonia or something else with complications and we do have a ton of hospitalizations related to the flu too. So [the flu shot] is just a simple thing to do to protect yourself from possibly getting really sick and hospitalized,” Sawyer said.

There will be an additional clinic Saturday, Nov. 16 from 9 a.m. to 1 p.m for community members who work or attend school on Tuesdays. The Fire Department will be giving free tours of the station and there will be activities for children to do.

We sat down with Monique Sawyer, a PLNU nursing professor who specializes in public health to learn more about the flu virus and how the flu vaccination works.

The Point:: “How important is it to get a flu shot?”

Sawyer: “It is so important. A lot of people feel like, there are so many myths or misconceptions out there… People will say ‘I got sick when I got the flu shot last time’ and that’s totally a myth because you can’t get sick from it, it’s not a live virus. It is most likely that you were already coming down with something and then you just happened to get sick right after you got the flu shot. I think it is really, really important for people who are in high risk populations for getting really sick from the flu. So like [younger people] might not get super sick but if you’re over the age of 65 or anyone younger than age five, so people who don’t have strong immune systems. Then people with chronic health conditions, heart disease, lung disease, diabetes, those kinds of things, if they get the flu they can get really sick and then get hospitalized.”

The Point: “What happens to your body when you get a flu shot?”

Sawyer: “Essentially you are putting into your body little bits of the dead flu virus, so it’s not live so it can’t make you sick, but it basically triggers your immune system to then make antibodies to fight against the flu virus. So like little soldiers, essentially. So if you do happen to come into contact with the flu then your immune system immediately goes, ‘Oh, I know what to do’ and can fight it off.”

The Point: “How effective is the flu shot?”

Sawyer: “It is not 100% effective, you’ve probably heard. We follow the southern hemisphere because they get the flu first in the world, and so we look at what they are getting, and every year they create a new vaccine based on the strains [of the flu virus] based on what they are seeing in the southern hemisphere and hoping that those are the same strains that come north and then they will have the right vaccine to fight it. But sometimes we don’t get the same exact strains and, last year was one of those years, where the strains morphed into something else halfway through the flu season… [The shot] is really tricky and it is not perfect but it is better than nothing.”

Flu Shot Clinics Near Us