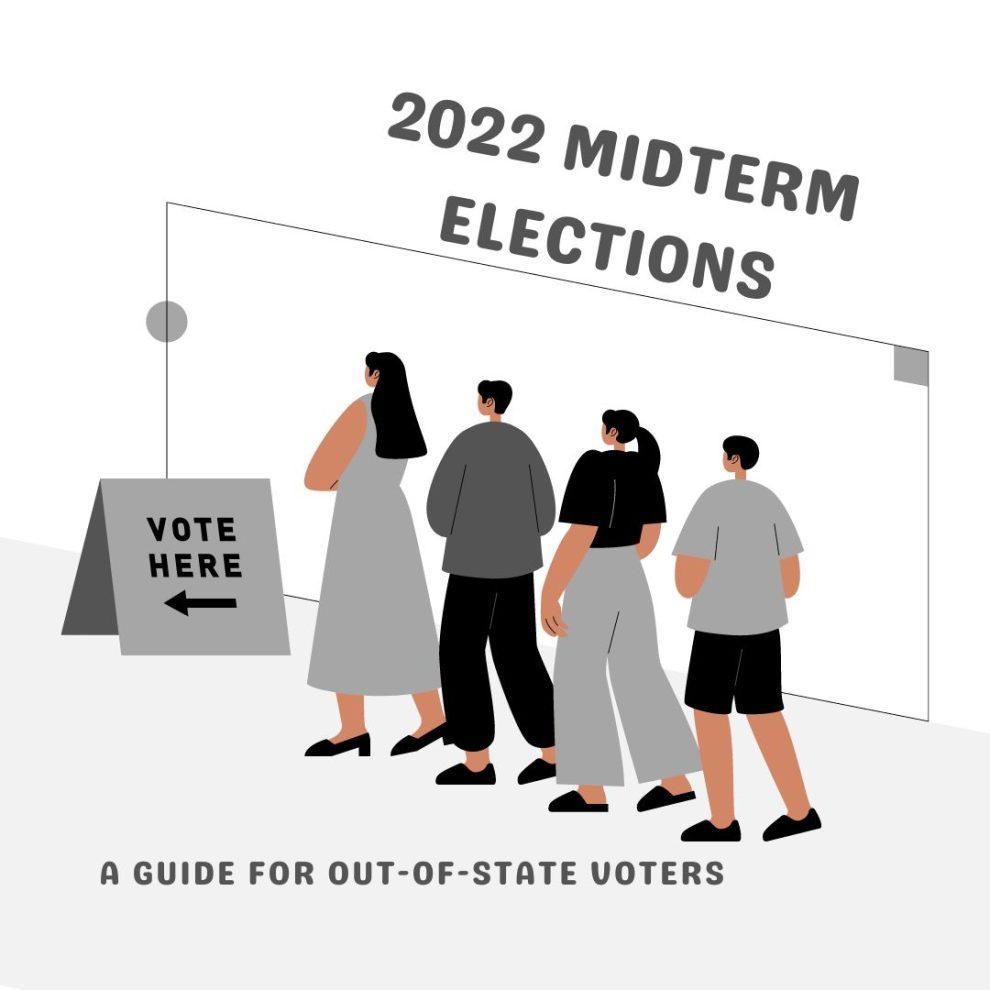 In an interview with The Point, Lauren Cazares, a policy advisor at the San Diego Regional Chamber of Commerce, said college students, especially out-of-state students, may experience unique challenges when it comes to turning in their ballot. One of these challenges is deciding in what state they will vote in.

PLNU’s student population is made up of 23.94% out-of-state students and 0.84% out-of -country students, according to the College Factual demographic report.

Director of Community Life at Point Loma Nazarene University, Scott McGowan, said out-of-state college students have a responsibility to consider where they will vote. McGowan said students should only register in one place.

This decision, according to McGowan, creates a significant opportunity for students’ personal exploration.

“Those students get a unique opportunity to actually consider what that responsibility means, and then think about which of these places does it matter more for me to be civically engaged?” McGowan said. “And so, my recommendation is that you think about which of those places would you be more likely to actually go vote with your feet. Not by going to a polling place, but by going and getting involved in something that you’re voting [for].”

Cazares said students should also consider where their vote has more power.

“If you’re a Democrat, and you are currently registered in a red state, that state probably needs your vote a lot more,” Cazares said.

Cazares said to also consider the logistics of registering and voting in different states. In many states, it is now too late to register and request an absentee ballot. Students can refer to a CNN article, “There’s a lot at stake with Midterms this year. Find out how and when to vote in your state” for voting deadlines in every state. Cazares said if students are in a time crunch, there is still time to register to vote in California. The registration deadline in California was Oct. 24, but students can still register at the polls conditionally.

“If your home state is one of the many states that it’s too late to register for this election, don’t make that the reason you don’t vote,” Cazares said. “Just vote here. Because [in] the state of California, you can register at the polls, and get a ballot at the polls. It’s a little bit more complicated than that technically…you get [a] ballot, then they have to verify information before [they] can count [it].”

For students wanting to vote in the state of California, Cazares said California makes it simple for them to do so. California sends registered voters mail-in ballots automatically and allows same-day voter registration.

“We try to make it as easy as possible in the state of California for college students to vote because people think it’s difficult, people think it’s a lot of work and people are disenchanted by the whole thing,” said Cazares.

Cazares said the involvement of Generation Z in voting, specifically in local elections, has the potential for big change.

McGowan said that college students have a unique opportunity to influence local government. Students voting in San Diego specifically have the ability to impact this year’s city council race, McGowan said. McGowan said he believed that if the PLNU student body voted in this election, there would be a significant enough number in the total votes cast in the district to make a change.

Additionally, McGowan said the city of San Diego is a lively political environment for students to engage in.

“San Diego has vibrant, interesting, local politics,” McGowan said. “We are a bi-national city. Right on a border. National immigration policy is often informed by what we decide as a city we’re going to do. We are a global city in terms of our port. We are a military city.”

McGowan hopes students research candidates and measures if they decide to vote.

Fourth-year biochemistry major, Miya Rutz, is voting in this year’s midterm election in her home state of Hawaii.

Rutz said she thought voting in Hawaii was her only option.

“Since I’m still a citizen of that state I thought that that was the only option I had,” Rutz said.

Rutz also said she felt passionate about voting in Hawaii because of her opportunity to vote for the Office of Hawaiian Affairs.

Rutz said the biggest challenge to voting as a college student is staying informed.

“I feel like staying informed is a challenge because you hear people around you speaking and say you don’t do your own research, you’re just gonna get swayed by who you are surrounded by,” Rutz said. “I feel like that has been a challenge for me.”

For reminders to vote and other voting information and links, PLNU students can refer to announcements like Lomalink, sent to all student school email addresses, and the Toilet Paper that is posted in on-campus restrooms. Students can also expect an email from the Associated Student Body President in his weekly Thursday emails and an email from McGowan on election day.

For students voting in the state of California and who attend PLNU, the closest polling location is located at Dana middle school at 1775 Chatsworth Blvd.

For information on voter registration status, students can visit: https://voterstatus.sos.ca.gov/

For information on the nearest polling location, visit: https://www.vote.org/polling-place-locator/

For a full list of polling locations, visit: https://www.sdvote.com/content/rov/en/elections/election_information2/vote-center-locations.html