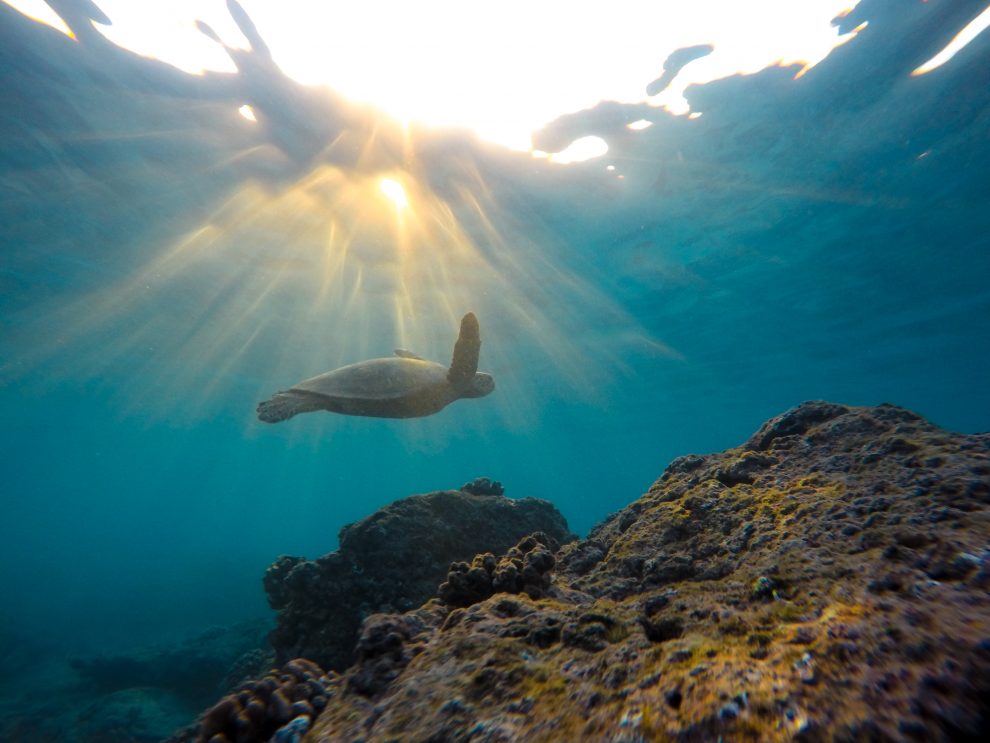 It was a warm, winter day in January 2021 on the shores of Hilo, Hawaii. A slight breeze flowed through the coconut trees and the sun shined brightly over the North Pacific Ocean as I swam leisurely in the warm water.

Growing up in Southern California and living only miles from the beach, I learned how to swim at a young age. That day was the first time I ever swam in Hawaii’s crystal clear waters.

Back home in Orange County, at this time of year, the water temperatures were dropping below 55 degrees. Only Laguna Beach offers semi-clear water at certain parts of its beach and don’t even get me started about how dirty the water is in Huntington Beach.

As I pondered these things and swam, my friends in front of me stopped swimming, turned quickly to face me and pointed to a moving object coming right toward me.

It was big, it was green and it was slow.

I treaded water quietly and carefully to not startle the giant turtle moving right past me.

Without a care in the world, it seemed like the sea turtle was in no rush to get out of our way. After passing through, I felt a rush of excitement and awe.

I gazed across this enormous gift which God created.

It is massive, unpredictable and terrifying. Yet, it is a place where I find an unexplainable sense of contentment.

In the Bible, the book of Psalms 104:25 states: “There is the sea, vast and spacious, teeming with creatures beyond number — living things both large and small.”

Today, scientists seem to agree with the author of the Psalms. According to the National Oceanic and Atmospheric Administration (NOAA), the ocean covers nearly 71% of the Earth and more than 80% of it has yet to be investigated, mapped and studied.

For Chris Caron, a senior mathematics major at California State University, Long Beach, there is a certain appeal to being immersed in nature. The concept of being disconnected from everything when in the ocean is unlike anything else.

“It’s humbling to be in something that’s so much bigger than you. I think one of the biggest lessons the ocean and surfing has taught me is being okay with things going not how you planned them to go,” Caron said.

What is even more extraordinary is that scientists also estimate nearly 91% of ocean species have yet to be discovered.

However, one particular species of the ocean that gained major attention throughout the years is the killer whale, also known as orca.

Killer whales have been SeaWorld’s biggest theme park attraction since 1985. Shamu was the name of the first killer whale brought to SeaWorld San Diego in 1965. “Shamu” is now used as a stage name for killer whales in performances at SeaWorld parks.

They are one of the top marine predators and the largest member of the oceanic dolphin family. Killer whales can weigh up to 11 tons and reach up to 32 feet in length.

With their distinctive black and white bodies, they are one of the most recognizable marine mammals. Found in every ocean in the world, they are the most widely distributed of all whales and dolphins.

As famous as they are, killer whales are an endangered species and all killer whale populations are protected under the Marine Mammal Protection Act.

In 2013, the documentary “Blackfish” further put SeaWorld and their killer whales into the spotlight. The film focuses on the story of Tilikum, a captive killer whale that took the lives of several people, and emphasizes problems within the sea-park industry.

Then in 2016, SeaWorld announced it was discontinuing its program of artificial insemination breeding of captive orcas.

So, where does SeaWorld go from here without their killer whales?

A number of killer whales in SeaWorld parks are still alive and will continue to live at SeaWorld for the rest of their lives. However, SeaWorld announced in 2016 they partnered with the Humane Society of the United States to work against commercial whaling, seal hunts, shark finning and ocean pollution and increased their focus on rescue operations.

Lori Weisberg, a reporter for the San Diego Union-Tribune, said she thinks there is a direct correlation between the bad publicity SeaWorld received after “Blackfish” was released and SeaWorld’s current shifting focus to education and conservation.

Weisberg has covered SeaWorld for more than a decade and the biggest revelation she discovered is the enormous impact a documentary can ultimately have on a company. She said it has changed how people think of a marine park.

Weisberg added that SeaWorld has gone through CEO after CEO over the years.

“The public reaction from the documentary forced SeaWorld to rethink everything. They could not ignore it,” Weisberg said.

SeaWorld San Diego ended their theatrical killer whale shows at San Diego in January 2017. San Diego was the first of the three SeaWorld parks to premiere “Orca Encounter,” a more educational presentation that gives insight into various aspects of a killer whale’s life.

“It’s still a show. Before the pandemic, they were packing the shows in,” Weisberg said.

SeaWorld has always had rides and roller coasters, but in the last two years it centered its focus more on that aspect of the park.

However, one might wonder why anybody should care about what SeaWorld does with their marine animals.

For Joshua Spielman, a senior childhood adolescent development major at California State University, Fullerton, the way we treat animals and how we steward the earth is indicative of how we treat one another as human beings.

“If animals are no more than a means to a profit, then what does that say about how we treat people?” Spielman said.

Natalie Haglan, a senior nursing major at Point Loma Nazarene University, said it matters what we do to other living things because it reveals part of our character.

For Kaeli Thompson, a senior psychology major at Emory University, the question of why we should or should not care about what happens to other living creatures goes back to the book of Mark 12:31.

“We are called to love your neighbor as yourself; so I try to live my life in a way that helps other people flourish — this includes not hurting them or seeking to cause harm,” Thompson said.

Whether you consider yourself an animal person is not important. Thompson said she did not grow up with pets and does not have a particular fondness or liking toward animals in general. However, she believes the commandment in the Bible to love your neighbor as yourself extends to animals because God created them too.

“By keeping orcas in tanks, that would essentially be a bathtub for us, and that’s causing them a lot of harm,” Thompson said.

I stayed in the water long after the sea turtle traveled away to another part of the ocean. I thought about how well humanity is taking care of our oceans and the residents that live there.

After the sea turtle left, little fish came and swam near me. They too eventually left and traveled elsewhere. 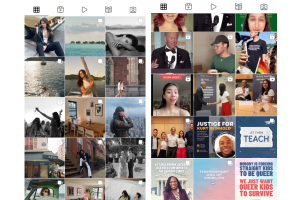 What Anti-Maskers Say to Me, What I Say and What I Want to Say
AAPI Student Experiences at PLNU