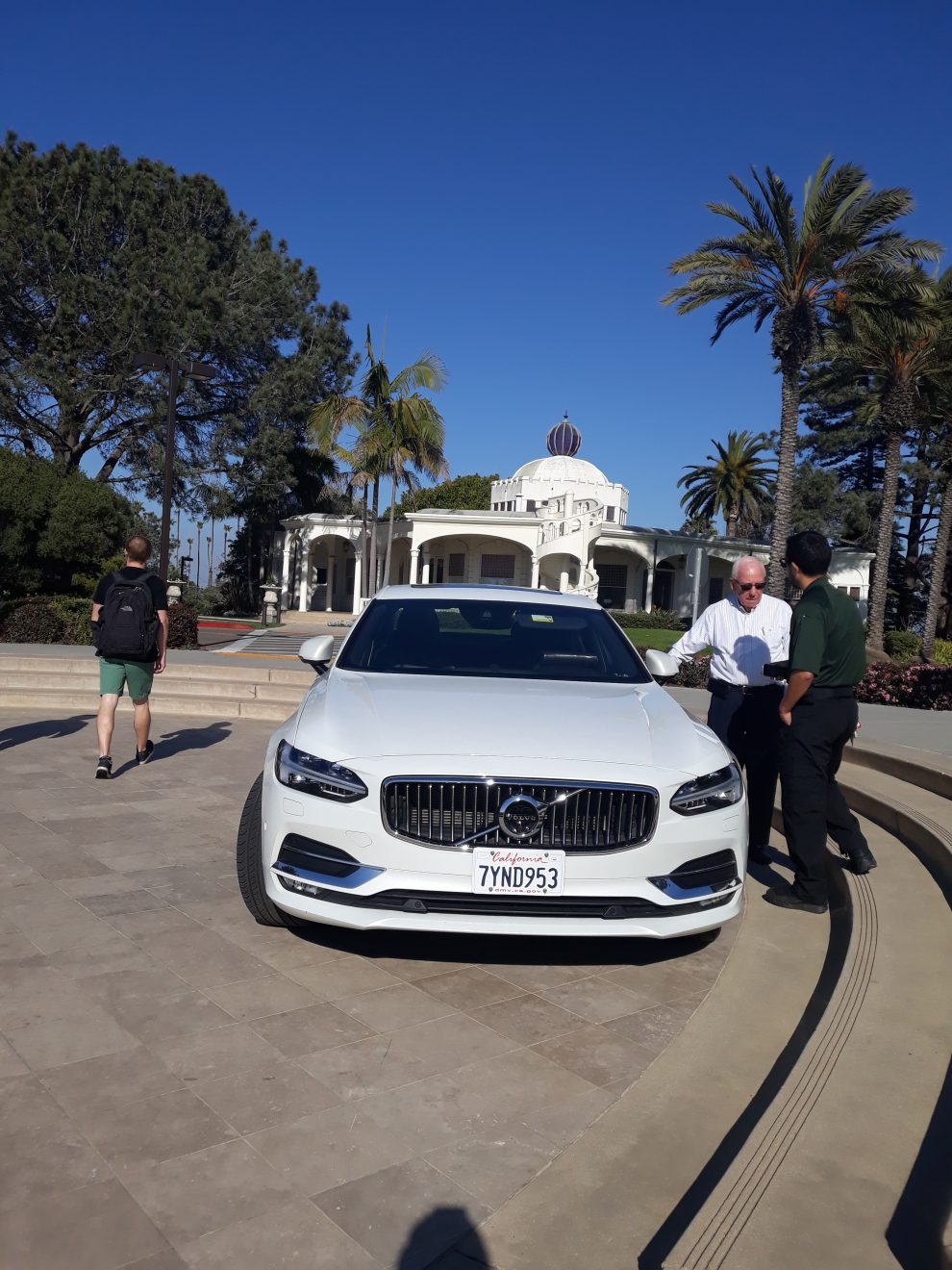 A PLNU Alumnus drove his car down the stairs in front of the cross and got stuck last Friday; 80 year old John Jackson just wanted a picture of Mieras Hall. Jackson said he didn’t see the stairs and thought the patio area could be used to make a U-turn.

“He just turned into the little circular area and then he stopped for a second, and then he gunned it and went all the way down the stairs,” said PLNU student Lydia Lovsted, who saw the beginning of the event unfold as she walked by.

Public Safety arrived shortly after the incident. While this situation is not a common occurrence at Point Loma, Public Safety Officer Dan Wilson noted that this was not the first time a car has gotten stuck in this spot. Evidently, a drunk, naked driver — not a student — once drove his car down the stairs, according to Wilson.

Many students passing by the parked car at the bottom of the stairs were confused as to what had happened. Other students had formulated theories about how the car ended up unharmed.

“I thought maybe someone placed it there on purpose,” said freshman psychology major Brynn Lantrip because the car was in pristine condition.

Jackson only wanted to snap a picture of Mieras Hall, where his one-of-a-kind grandfather’s clock will be located once donated to the school. As he was leaving campus after attending the Bresee Society Donor Dinner, he attempted to turn his car around when he realized he was going to pass the building.

After rolling down the steps and realizing there was no easy way to get out, Jackson made light of the situation. He spoke with The Point shortly after, saying there was no damage to the car. He said, “The only thing that got damaged is my ego.”

A tow truck arrived on scene; however, it was decided that the car should not be towed out. Jackson confirmed that trying to tow the car out would have been an out of pocket expense. Insurance does not cover this circumstance and may have resulted in damage to the car that had thus far survived with only a minor scratch in the paint on the bottom.

Instead, the AAA driver determined the best course of action was to prop two pieces of wood against the stairs for the car to smoothly roll out. Jackson was able to drive home with no damage to the car other than the paint scratch. As he recounted the events over the phone, Jackson said, “It’s called life, and you deal with it.”

New California Laws to Know in 2020
2020 Wiley Lectures: Rethinking the Bible as Poetry