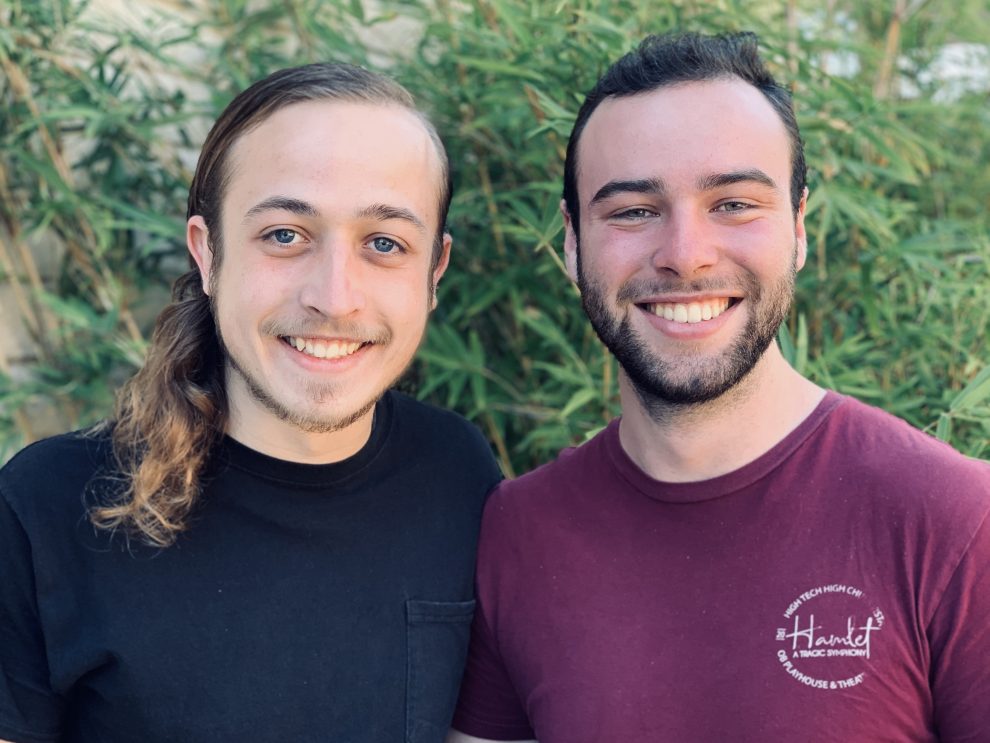 When missionary kids arrive at PLNU, they may find themselves preparing to adapt to a new culture for the second or third time in their lives. These “third-culture kids” face a set of challenges particular to them, yet their peers — most of whom moved to San Diego from another city in the U.S. — might pass their whole college career without knowing what that means. When talking about what it is like to be a missionary kid (or ‘MK’) at PLNU, Marisa Neptune, Levi McClurg and Simeon Robart all used the same word to describe themselves: misunderstood.

Neptune, a sophomore nutrition and food major, lived in Colombia and Brazil most of her life while her parents were on mission there. She highlighted her unique experience as a potential barrier to forming relationships in college. “You can sympathize, but you can’t empathize,” she said, addressing anyone who isn’t a missionary kid.

McClurg, a sophomore physics and math major, said “Not everyone is a missionary kid and not everyone can understand that.” Life abroad with their families has exposed MKs to people, places and obstacles that most American teenagers can hardly imagine, McClurg said. But the hardships don’t end once they land back in the U.S., which is another aspect of missionary life the majority of their peers can’t relate to.

For McClurg, arriving at college was “legitimate culture shock,” even after travelling to countless different nations with his parents. “When I first got to Point Loma my freshman year, it was so strange for me to be surrounded by so many white people, even though I am white,” he said. “I feel like I can only half relate.”

Neptune said being an international student is already hard, but being a missionary kid comes with additional frustrations. Simeon Robart, a sophomore math major at PLNU, added to that notion, saying one of his most significant struggles was “just being in American culture and being treated as though I am a part of it fully. It’s disorienting and it’s also a little bit demeaning.”

“If you go solely based off my appearances, you would get an idea of me that is completely contrary to who I actually am,” Robart said. “We look American, and our passport, our citizenship says were American, but our heart says otherwise.”

Samuel Kwapong, Director of the Office of Multicultural & International Student Services, is the main point of contact for missionary kids and other ‘TCKs’ (third-culture kids). Through his department, international students have access to student clubs, workshops on American culture and mentorship opportunities.

Kwapong said his main responsibility to MKs and other international students is to “let them feel like there is a home here for them.” He also talked about the importance of uniting all international students as a way “to create a voice on campus.” Their partnership with Multicultural & International Student Services and other TCKs equips missionary kids to challenge unfriendly school policies as well as to combat loneliness.

Despite the hardships MKs have to go through, Neptune, McClurg and Robart all said that if they had a choice, they would do it all over again. Not only did their struggles shape them, but each of them said the advantages of being a missionary kid outweighed the disadvantages. “We grow up with a macrocosm view of the world and not a microcosm view … because we have experienced more of the world than the average American,” Neptune said. “You see the world differently, and so you live differently.”

McClurg said “knowing how to relate to a breadth of people and cultures” as a huge benefit of his upbringing. “I wouldn’t trade that for anything,” he said. “It was surreal to grow up in that kind of environment.”

Although being a missionary kid has challenged her idea of identity, Neptune said fully embracing the mix of cultures she grew up in has allowed her to relate to others in a special way. “I always felt like I had so many cultures in me that I was never fully one,” Neptune said. “But then, more recently, another international student from Brazil said, ‘I see you as 100% of all of them,’ and so now, I do feel like I fit in with all.”