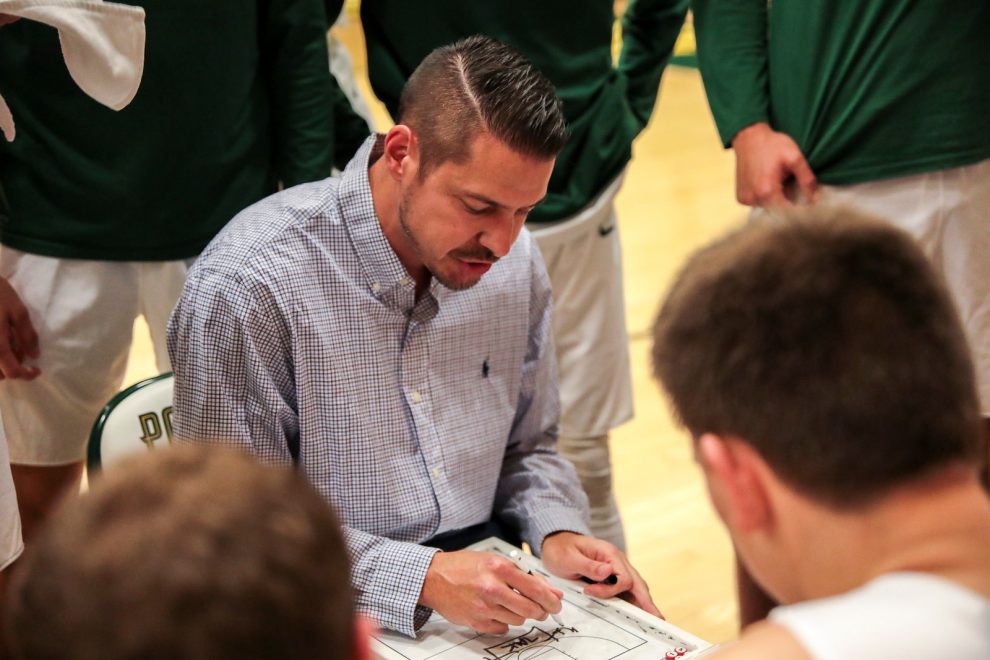 The NBA Finals are underway with the Miami Heat and Los Angeles Lakers facing off for a championship. The Lakers have been led by stars LeBron James and Anthony Davis while the Heat battled injuries of key players like Goran Dragic and Bam Adebayo. So, the series appears to be a battle between star power and depth of talent. While casual basketball fans may watch the finals to witness highlight-reel plays, PLNU Head Men’s Basketball Coach, Matt Logie, uses these games as a learning experience, watching to see what he can glean from professional players and coaches and what he can apply to PLNU basketball. The Point interviewed Logie to hear some of his takeaways from the finals.

Andrew Hansen, The Point: When you watch the NBA or even college basketball games, what are some things you pay attention to as a coach? Is it always a chance to learn and maybe implement new things with your team?

Matt Logie: When I watch other teams play, be it college or NBA, I’m looking for ideas or concepts that would apply to our team or systems. I love to study best practices in the game, so when I watch highly successful teams play, I’m looking to see what habits they utilize that we can emphasize within our program or ways in which we can improve what we already do.

AH: With the NBA Finals, what are some key takeaways you have?

ML: I’ve been very impressed with the playoff run the Miami Heat have made due to the makeup of their team and how the sum of their parts really is stronger than what you’d expect on paper. Their togetherness and toughness have been really enjoyable to watch. The thing that has really impressed me with the Lakers has been their ability in transition — both offensively and defensively to win that portion of games, as well as their ability to adapt quickly to their opponents in each series.

AH: Has it been strange to see NBA teams start to use zone defenses when for so many years, it was all man-to-man? Why do you think coaches like Miami Heat coach Eric Spoelstra have turned to this defensive adjustment?

ML: It’s funny you mention the zone defenses. I was texting with a coaching friend of mine whom I worked with and who has spent many years in the NBA about this very same thing, and it really just comes down to not facing it very much. Zone defense shouldn’t be very effective at the NBA level because of the shooting and skill level of all the players; however, you still need to have a structure in place to attack zones, and if you haven’t seen it much, you probably don’t spend a lot of time on it. These playoffs have really been fun to watch the coaches try to adapt on the fly and install different zone sets during and between games.

AH: What do you think will determine who wins the finals?

ML: Unfortunately, thus far the injuries to Miami seem to be tough to overcome, especially when you factor in that the Lakers are more talented to begin with. Ultimately, I think the two stars for LA are just too impactful and dominant with their impact on games for Miami to make this a long series, but if we have learned one thing about Miami this postseason, it’s that they will not quit.

AH: Do you pay attention to how coaches manage games or the in-game adjustments they make?

ML: The NBA level has so many idiosyncrasies that are different than college — shorter shot clock, more side out of bounds plays, advancing the ball on timeouts, etc. — that you can learn a lot about special situations, and that is something I definitely pay attention to.

AH: Who are your favorite NBA coaches and teams to watch and what do you like about watching them?

ML: Generally speaking, I have always really enjoyed watching the Spurs play because they play the right way, share the basketball and have a very intelligent approach to the game. My favorite team to watch currently is the Portland Trailblazers [because I] recruited and coached C.J. McCollum while at Lehigh [University]. To see where his game is today and how Terry Stotts utilizes his backcourt of Damian Lillard and McCollum together is really fun, and Coach Stotts is a very good offensive mind as well.