On a high school campus, college students visit to present a short play. This play is facilitated by a survivor of human trafficking, who shares her personal experience with the audience. These students hear how teenagers are groomed and manipulated into trafficking situations, according to junior sociology major, Elaine Giles.

This is a program PLNU’s Center of Justice and Reconciliation (CJR) puts on called kNOw MORE. It is an interactive, drama-based program centered toward middle and high school students about human trafficking prevention and awareness, according to CJR student staff member and junior criminal justice major, Lauren Perez.

“It’s specifically tailored for teenagers,” says Perez, “because teenagers are the most susceptible group to be victims of human trafficking. The average age of a girl [to be trafficked] in San Diego is 16.”

After watching the play, the students can interact with the play by intervening to make changes that would keep the character out of trafficking, explains Giles.

PLNU students can be actors in the program working with the high schoolers. This position does not require any acting experience, says Giles.

“There is a call for actors and peer group facilitators,” says Program Director Catherine Schrock. “We hire and train actors to perform the drama.” Along with acting, they also lead small group discussions, according to Schrock.

After altering the story, students see a presentation on statistics and warning signs of trafficking. At the end of the program, students take a short quiz used to gain data on the effectiveness of the program.

“I look at the pre and post surveys that students and faculty take,” says sophomore international studies major, Finley Stitt. “We evaluate what people thought sex trafficking was before the program and then looking at the results after to see what they learned. I look at those and enter that data in.”

These surveys help develop the program to have the best impact possible.

“We take a pre and post survey to help us measure the quality of the program,” says Schrock. “It is for us to improve as well as document to our supporters that we can see some change.”

Students also have a chance to disclose abuse after the performance. Each student is given an exit slip of paper answering if they have a question, if they don’t have any questions or if they need to talk to someone about themselves or a friend.

Every student must fill out their name and their school. The slips are given back to the school, which is equipped to respond. Child welfare services may get involved if there is anything of great concern, according to Schrock.

Though the kNOw MORE program has been performing in schools, a trio known as the Collective will be providing a full education on human trafficking.

The Collective is made up of three programs: PROTECT, Project ROOTS and kNOw MORE.

According to San Diego County District Attorney Summer Stephan, the Collective will bring training into public schools in San Diego County. A three-year grant from the UBS Optimus Foundation will fund this training.

The District Attorney press release states, “The Collective empowers students in elementary, middle and high school and teaches them about human trafficking in schools and neighborhoods, through a three pronged approach: in-school prevention education, after-school intervention, and interactive multimedia training.” 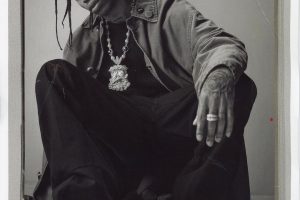 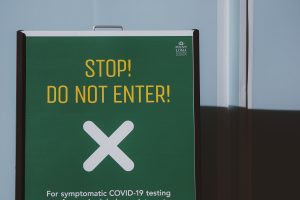