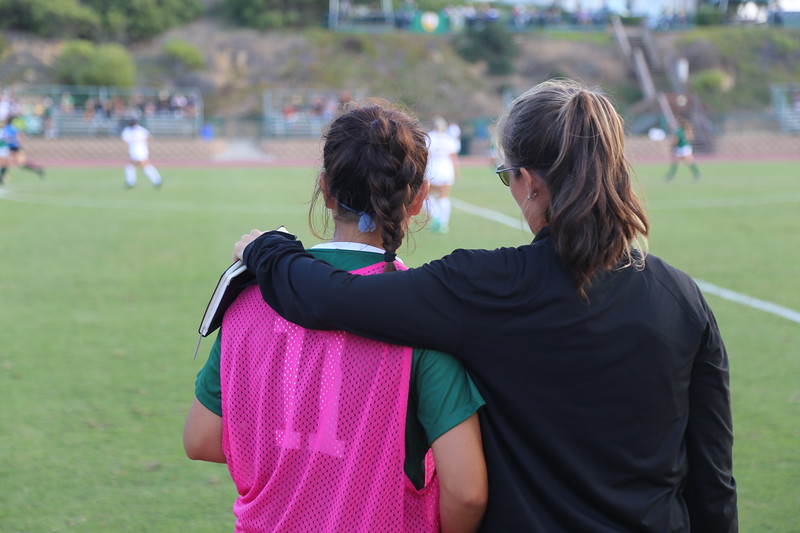 To build a successful program at the collegiate level, recruiting is extremely valuable and requires a lot of effort and attention from coaches. It is a never-ending process as the coaches are constantly trying to help their team win games in the moment but also prepare to win games in the future.

“The recruiting and evaluation process are never-ending,” Matt Logie, PLNU head men’s basketball coach, said. “We are always in the process of evaluating ‘How can we get better [and] what does our program need?’ As we identify program needs, we then set out to find the best possible student-athletes that can make us better in the future.”

Logie is in the midst of his first season as coach at PLNU, and although it takes time to build a new program, he and his staff have quickly made their mark by landing Brian Goracke as a top recruit for next year. Goracke is the top recruit in Oregon, and despite the Division I offers he received, he chose PLNU.

“Brian was someone we identified very early on in the process from a talent standpoint,” Logie said. “However, most importantly for Brian and for us, his fit in the intangible areas as a student, his character, his passion and his work ethic all set him apart. Ultimately Brian had the most trust in our coaching staff and PLNU that he could become the best version of himself [and] compete for championships.”

Another new coach at PLNU is Kristi Kiely, the head coach of the women’s soccer team, who just completed her second season as coach at PLNU. There have been a lot of changes to the program since Kiely took over, yet the team has won the PacWest the past two seasons and advanced to the West Regional Championship game this fall.

“What is unique to our situation is that we are new as a staff, so the recruiting process has looked a little different for us because we haven’t really known what our numbers will be,” Kiely said. “There has been a lot of change in our program, [but] I give a lot of credit to the players here, even the ones I haven’t recruited because they have bought in, and I think that is the reason we have had the success we had.”

Though talent on the court or field is important, both Logie and Kiely pointed to the intangibles off the court as the most important thing when looking at recruits.

“Once we know [the talent] piece, our program really focuses on three intangibles: character, passion and work ethic,” Logie said. “It has been my experience that those three categories are highly predictive of an athlete’s ability to reach their full potential.”

Kiely echoed Logie’s emphasis on intangibles and work ethic. She finds that players with high work rates and slightly lower skill levels always win out when compared to more skilled players without the work ethic.

“I can do a lot of work with somebody who is competitive, willing to work hard and is really dependable,” Kiely said. “I like StrengthsFinder a lot, so if you have the strength of responsibility in your top five, I feel really good about you [as a recruit].”

To find quality recruits that possess both the skills, intangibles and meet the high standards to attend PLNU, it takes a lot of time from the coaches. It is an everyday task, but Logie pointed to the importance of club and AAU tournaments going from April to July because coaches can watch talented players from different high schools and play across the country. As they move along in the process, he also stressed the value of building relationships between his coaching staff and the recruits and the recruits’ families.

It is not a one-time evaluation of talent when recruiting players, and Kiely likes to watch scholarship players play 3-5 times while recruiting them.

“[Recruiting] is all year, but there is certainly a lull in the fall because we travel so much,” Kiely continued. “I’m at this level because I want to be a good mom and a good spouse, and I wasn’t at the SEC level [at Arkansas]. I am trying to do a good job setting boundaries and not recruiting as much as I did.”

As many youth sports now play year-round, the demands on coaches continue to grow. PLNU coaches must prepare for practices and games while still recruiting future players, and for many of them, they also try to spend as much time as possible with their families, which is quite the daunting task.