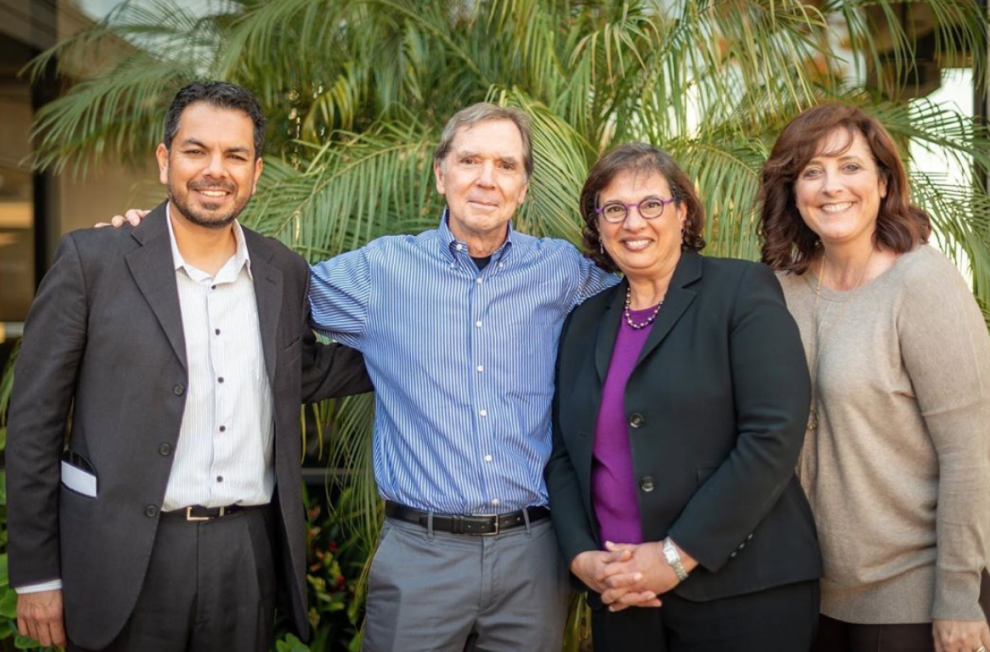 “We can’t take our freedoms for granted. In particular, our freedom to write and report,” said Tom Jones from the Society of Professional Journalists as he gave the opening remarks at the 25th annual Writer’s Symposium by the Sea.

PLNU hosted its annual Writer’s Symposium last Tuesday through Thursday with three writers and six opportunities to hear them speak. This year’s writers included Sonia Nazario, Pico Iyer and Alice Walker. Each evening, one writer sat down with the director of PLNU’s journalism program, Dean Nelson. Nelson held one-on-one interviews in front of both a live audience and for future televised programming.

Sonia Nazario kicked off the event on Tuesday at 7 p.m. in the Crill Performance Hall. The subject of the interview was her acclaimed book, “Enrique’s Journey: The Story of a Boy’s Dangerous Odyssey to Reunite with his Mother.” This piece tells the story of a 17-year-old boy from Honduras traveling to the U.S. in search of his mother. “Enrique’s Journey” is a common choice for a reading requirement in middle schools and high schools.

Nazario spoke about her personal journey to becoming a journalist. After moving back to Argentina during what is now known as The Dirty War, Nazario said she bore witness to the aftermath of the murder of two journalists.

“The first people they [the government] went after were the storytellers, the people who wrote the first draft of history,” Nazario said. “I decided I’m going to be a journalist, I’m going to be a truth teller.”

Nazario became a journalist and has written for both The Wall Street Journal and the L.A. Times. Frequent in her articles were topics regarding social justice issues, women, Latinxs and the poor.

“I went into journalism as an act of activism,” said Nazario. “I was an activist in what I chose to write about. I think the grit the migrants bring has helped lift this country for centuries and has helped make America great.” Nazario said she has chosen to be an activist for immigrants and immigration reform in the U.S.

Nazario talked about immigration as love — from parents who come to the U.S. to send money back to their children to the children who come in search of loved ones.

Nelson interviewed essayist and novelist Pico Iyer on Wednesday evening in Crill. He came to speak about his book “The Art of Stillness: Adventures in Going Nowhere.” This book is a part of Iyer’s TED series explaining connectedness and staying put.

After spending several years accompanying the Dalai Lama and living in Japan, Iyer said he has finally mastered the art of stillness. He explained how he lives a simple life in Kyoto, Japan. He does not own a cellphone or have social media, and he spends five hours at a time at his desk, followed by a walk. But Iyer didn’t always live this life in Japan. He moved to Kyoto after his house in Santa Barbara was destroyed by a wildfire.

“Home is what lives inside you,” Iyer said.

While discussing the philosophical nature of his writings, Iyer explained that his work is not for everyone. Some find Iyer’s writings and essays too abstract to comprehend. His wife is from Japan, and, as Iyer explained, her English isn’t the best. After reading his book, she said: “Nothing happens?”

Nelson’s interview with Iyer illustrated how disconnecting from the world can lead you to be more connected and grounded with what’s around you.

Concluding the symposium was activist, poet and Pulitzer Prize winner Alice Walker. Her most notable works are “The Color Purple” and “Taking the Arrow Out of the Heart.”

Nelson dove right into the creative process behind Walker’s work by asking her if love for her characters was intentional.

“So you did want me to feel that way?” Nelson asked.

Not only was empathy discussed, but sustainability was another topic Walker addressed. She stated her belief that, though she isn’t sure how, humanity must reduce plastic waste.

“If we don’t take responsibility for how we live everyday, there is very little possibility we will survive,” Walker said.

“If something is calling to me, there’s a reason,” Walker said. “I think of my work as medicine.” Walker believes the reason “The Color Purple” has stayed so relevant is because it is a form of medicine that is long overdue.

Walker’s work as a poet and activist has not been without consequence. Walker has been arrested for her work regarding social justice issues.

“I’m free,” said Walker. “It means I take responsibility of my life for myself.” Walker said that she refrains from violent protest.

“Writing saved me from the sin and inconvenience of violence,” Walker said. “Of course, I have felt violent. It’s a natural human instinct when you’re oppressed. But when you teach people to hate, you teach them how to hurt themselves.”

Debunking the ‘Myths’ of Therapy
Discernment in Drinking