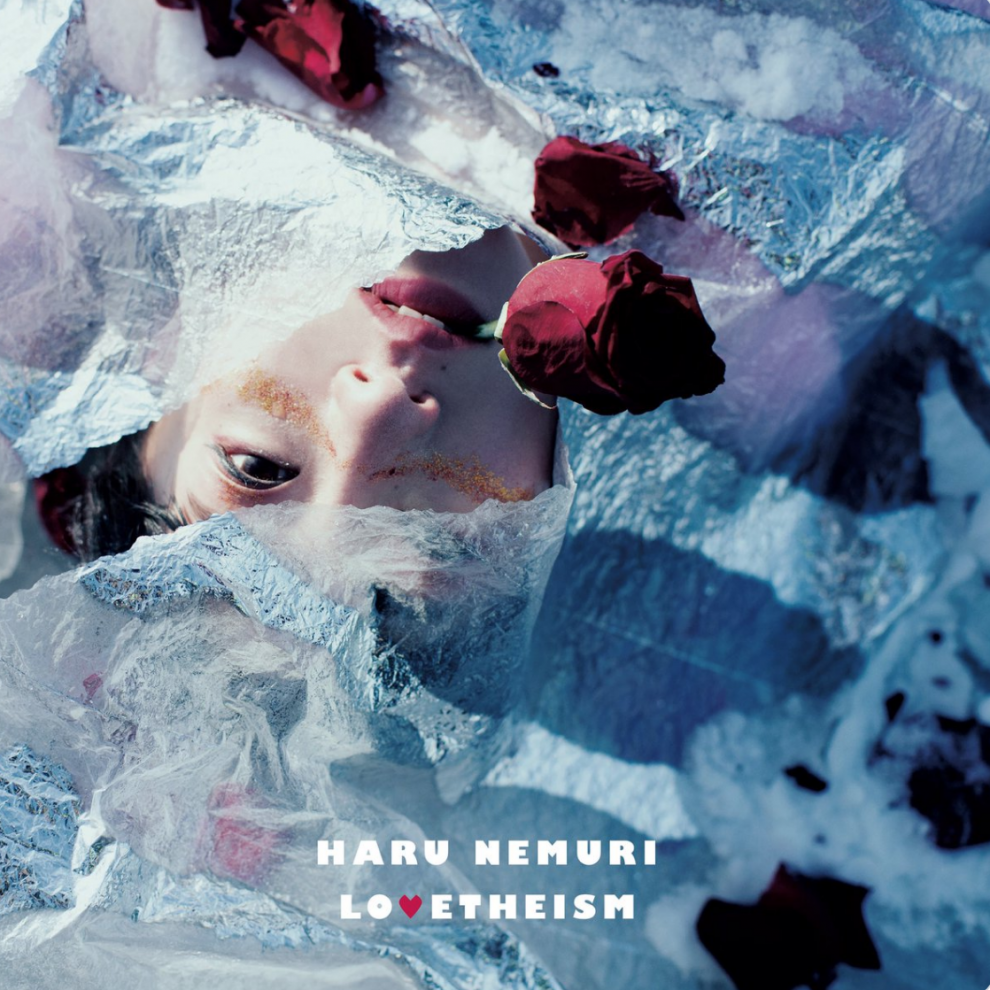 Japanese rock artist Haru Nemuri returned with her new album “LOVETHEISM.”  Her previous album “harutosyura,” an industrial hardcore punk collection, was full of passionate deliveries and a crystal clear production. It was one of my favorite albums of 2018, so I was highly anticipating this album to release.

The album opens up with a deceptively bombastic horn fanfare that initially sounds a little campy and cheesy. But, it is followed by this heavy, distorted guitar growl that blends with the sheen of the horns and Nemuri’s familiar vocals. A concurrent theme develops as the second song comes in. A lot of the glimmery synths and heavy guitar riffs from Nemuri’s last album come back on this second song along with her aggressively paced lyrical delivery.

The second track builds really well based on the intensity of the first track, but instead of the brass fanfare, Nemuri blows out into an impassioned banter. The artist is singing at an overwhelming pace until all she can do is scream to get sound out while the instruments are speeding out of control to match the vocal intensity. It flows so well into this shredding guitar solo and is crisp in contrast to the smashing cymbals and drums. The engineering really shows off in this portion and throughout the tracks by keeping all those instruments so clear despite the multitude and fortitude of them.

The song “Pink Unicorn” spices up some variation by having this recessive, five-beat pattern that keeps you engaged. The vocal delivery also ebbs and flows out of the time signature producing a disjointed and edgy feeling. All of that drops away into an ambient refrain that sounds abyssal and blown out until being interrupted by a scream and a return to the rushing five-beat time signature.

The eponymous song “LOVETHEISM” is reminiscent of a chant or a hymn with an undercoat of gloss and sparkles. The simple and on beat chanting and drumming is really simple in contrast to the former track and matches how I would chant if I were a religious member of this new “LOVETHEISM”. It’s a short and hypnotizing anthem before moving back to the guitar-driven bangers.

The album is only a 25 minute listen, but the energy and power are consistent over its short duration. I was really impressed by how much she was able to pack into 25 minutes; it feels as well developed and as long as her last album that was twice as long. “LOVETHEISM” is an exciting and well-developed project that lives up to the excitement of Nemuri’s last album. I can’t wait to see what she makes next.