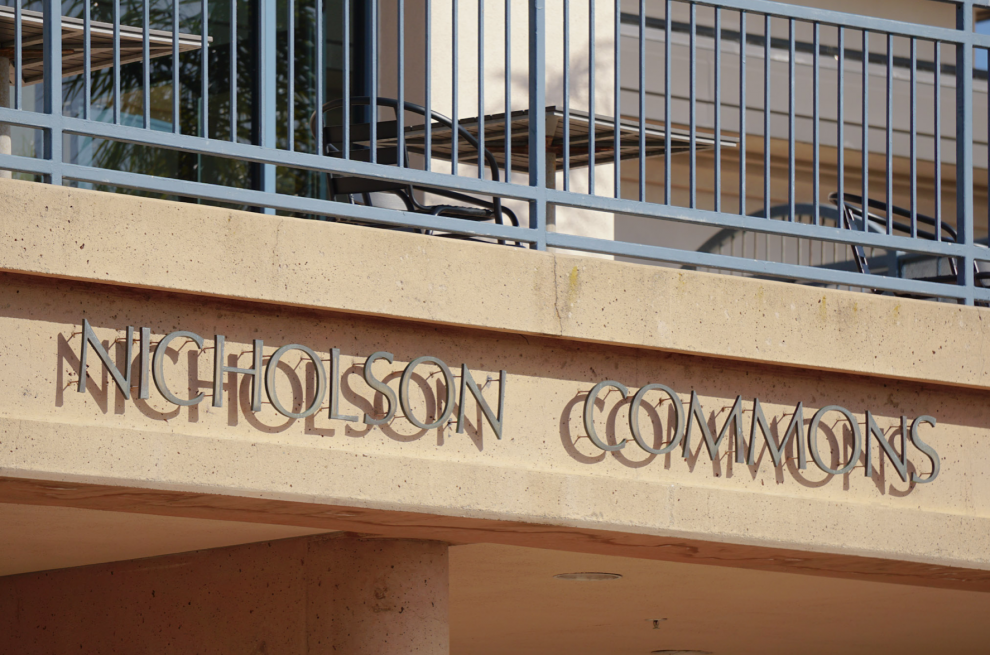 The caf at Point Loma Nazarene University looks safe enough; there’s a balcony with an ocean view and dairy-free soft serve, so how bad can it really be? However, PLNU’s dining hall might just be the spookiest place on campus. No one is safe. These are just a few of the bone-chilling tales from the caf.

Nightmare at the Salad Bar

It’s a pretty ordinary dinner in the caf; Lauren is making her way back to her seat from the salad bar. She sits down and starts chatting with some of her friends. The food is surprisingly good, and everyone is enjoying their meal. Lauren’s salad is especially appetizing, it looks straight off of a cooking show.

Mid conversation, Lauren reaches for her fork so she can finish eating her delicious salad. She looks down at her food and does a double-take. Her brain goes into overdrive trying to process what she is seeing: there next to her fork lies a cucumber, and inching across it is a small white worm. Eyes widening, Lauren lets out a scream and pushes her chair as far away from the table as she can get. Her friends look up in mild confusion and concern, only to see her frozen in shock and frantically pointing at her plate. They curiously gather around and stare in horror at the salad.

Lauren was pretty traumatized later that night, “how did it get there? I’ve eaten salads almost every day here, how many worms have I eaten? I don’t think anyone I was sitting with will ever eat a salad again.”

Picture this: it’s been a long, hard day, but your evening is looking good after a nice dinner with friends. You decide to do some self-care and treat yourself to ice cream. This is the situation I found myself in last week. I wandered over to the soft serve machine feeling pretty excited about the nice dessert I was going to have. Then my friend whispered in my ear, “careful, you’re being watched”. Now if that isn’t scary enough, a quick glance around the caf and I realized exactly what my friend was referring to: caf kones was sitting about 15 feet away from me.

If you don’t know, there is an account called “caf kones” on instagram that features embarrassing pictures of PLNU students eating ice cream. Emphasis on embarrassing.

I wasn’t feeling very excited about having my picture sniped by “caf kones”, so I quickly planned an escape route and started to make myself a cone. This was the exact moment that the soft serve machine decided to break down and ice cream was no longer being dispensed. I now had a half finished cone that looked less-than-appetizing and was exactly the kind of thing that would be featured on “caf kones”. I looked up, locked eyes with the infamous caf kones as he reached for his phone, and ran.

I hid in the nearest booth where a few of my friends were eating, and told them of my close call. Unfortunately when I got up from the table, ice cream still in hand, I noticed that caf kones was nowhere to be found. The man had vanished into thin air. Like a ghost if you will.

I told myself I was probably overreacting, maybe he went to the bathroom, but then I saw it. A hand holding out a phone peeked around the nearest pole. The person sitting next to me gasped and pointed: “caf kones!”

That was the final straw. I grabbed my bag, said a quick prayer, and ran for it. I will never be able to eat ice cream again.

Josh is a nice, easygoing young man. He was having dinner and decided he wanted something sweet. He made his way over to the jello station, which was already a questionable decision but we can come back to that later.

He reached for a container of red Jello, only to find that the condensation on the outside of the glass had frozen to the plate it was sitting on. Later he informed me that “he didn’t want to make a scene, and tried to lift up the Jello as inconspicuous as possible.” Unfortunately, the glass container seemed to be frozen solid, and people were starting to stare. Palms sweating and desperate for dessert, Josh yanked the Jello one last time and it broke free.

“I watched the bowl in my hand come speeding toward my face, and tried to stop it. In slow motion, the Jello flew out of the glass bowl, splattering all over the floor and my brand new light wash jeans,” recounts Josh.

The situation really could not be going any worse for him. He ran to get napkins, and anxiously tried in vain to clean up the spilled Jello. More people had begun to notice, and the cafeteria workers had brought over a mop. It was probably the farthest from inconspicuous that a person could get. To try and save the last shred of his pride, Josh fled the caf. The poor guy will never be able to look at jello the same again.

Night Surfing: The Appeal and Risks of Paddling Out After Dark
Covid and Concerts