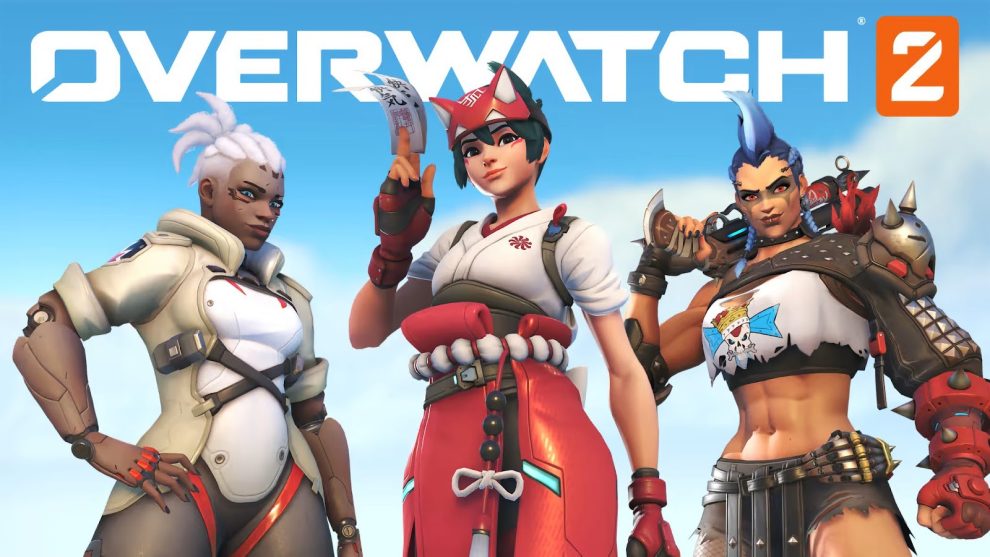 No one in the gaming community was ready for the shutting down of Overwatch to make room for the release of the free-to-play Overwatch 2. Rather than being a new game, Overwatch 2 is better described as a reimagined sequel intended to fit the “battle pass” format and appeal to more modern players.

Trailing behind the free-to-play aspect, the most significant change Blizzard developers made is downsizing the six-player teams to five players, mixing up the dynamics Overwatch gamers ran ragged and breathing new life into the game structure. Developers also established three new characters, a new game mode and new map appearances. However, not all changes have been received well and the launch day was unsuccessful.

On Oct. 3, Overwatch officially went offline to encourage players to turn their attention to the free-to-play version. After releasing in May 2016, Overwatch left quite the legacy, quickly rising to fame for its unique characters and entertaining player-versus-player structure.

Even though there were multiplayer first-person shooter games before Overwatch, Overwatch was a huge success because of the ease at which players could pick it up while maintaining a competitive atmosphere. The game also became popular in the esports genre, attracting professional gamers and streamers to play.

It was hard for many to let go of this beloved video game that was a part of many players’ childhoods, especially as it was replaced with the battle pass version that players have criticized. Even amid an emotional goodbye, fans were excited to see the reimagined gaming player-versus-player classic. Anthony Rader, a competitive Overwatch player since 2016, followed the Blizzard news since Overwatch 2 was announced in 2019. ”I was sad to let go, but I was more ready to get in the new game than anything else,” said Rader. Sweetening the deal, veteran Overwatch players, like Rader, could transfer player data into the new system, meaning players would not lose any cosmetics, stats and ranks that had already been purchased or acquired in the original game. But did the game live up to the hype?

Critics of Overwatch give the game a relatively positive review, while upset gamers in the Overwatch community expressed extreme outrage; however, the negative commentary beats around the bush regarding the original game going offline rather than the quality of the new release.

Even so, the critique of Overwatch 2 draws on the transition into a “pay-to-play” structure. This shift prioritizes players willing to pay for game bonuses. For example, if you want to customize your costume and weapons – or play as Kiriko, one of the three new characters – you’ll either need to play a lot of the game, which is difficult for casual players who cannot advance as fast without paying, or invest in the battle pass for these options. Seasoned veterans of the game liked the appeal of paying once for the game, becoming familiar with the characters and playing on level terms.

Not all changes are currency driven, such as the team structure alterations, a new game mode and character additions; however, these changes alter the appeal of the game for some members of the community. The issue was about team dynamics where players could form “greatest of all time” (GOAT) teams consisting of three tank characters and three support. These teams were impossible to beat if not countered with the same exact team dynamic.

Rader said, “The core issue was if the other team ran GOATs, it was incredibly hard to play a damage per second (DPS) character.

After a year, Blizzard implemented role lock, forcing each team to play two of every role, killing GOAT teams.” Players would instead be required to play a maximum of two of one character types per team, and to even the playing ground, Overwatch would match team make ups with exact competing team dynamics. “This came with a significantly longer queue time problem but ultimately made sure you had a proper composition for better play,” said Rader.

When Overwatch 2 announced the change from six to five player teams, the queue times were shortened because there are few players needing to be matched and less drive to play a shield reliant game. Thinking on the implications of the five-player team, Rader said, “They removed one tank, which is probably for the better. Short handed fights are more winnable and you can buff tanks without making it so they oppress the game. So far the game feels faster but really doesn’t stray far from the original.”

Launch day on Oct. 4 was not a success. The servers were plagued with distributed denial of service (DDoS) attacks that flooded the system, resulting in extended wait times to load the game and random booting out of players. In response to the failed launch, Rader said, “It’s true this stuff happens, but it was not aided by the fact that they did not put out Overwatch 1 content for 3 years, which resulted in confusion around the marketing and what was free and what players would have to pay for.”

Rader was disappointed with the outcome because for a company as big as Blizzard, problems like DDoS attacks and game bugs should not be apparent on launch day. Rader continued, “It’s not entirely their fault, but when they don’t release content, have terrible marketing, have multiple sexual assault scandals and are owned by Blizzard that made Diablo Immortal—which was a free-to-play fiasco—it’s hard to continually give them good will.”

Rader hopes that Blizzard is working to fix these problems and will be able to turn things around soon. On Blizzard’s end, the developers have taken Overwatch 2 offline several times since launch day to troubleshoot the game and attempt to prevent DDoS attacks.

Six years after the initial release of the first Overwatch, Overwatch 2 maintains the charm of a nostalgic pastime, but it has issues that can make or break the gaming experience in the new version. Off-game, Blizzard put “Defense Matrix” into action with this release in order to improve online community interactions. Furthermore, developers have promised a story-driven mode that requires an additional purchase for players to immerse themselves in the attractive lore of Overwatch. But before anything more can happen, Blizzard must fix the issues from the release and launch. Perhaps in the future Overwatch 2 can be redeemable with Defense Matrix and story mode, but it is my recommendation to wait for the battle pass drama and DDoS attacks to cease before picking up this game. No matter your opinion on the launch, remember to touch some grass.