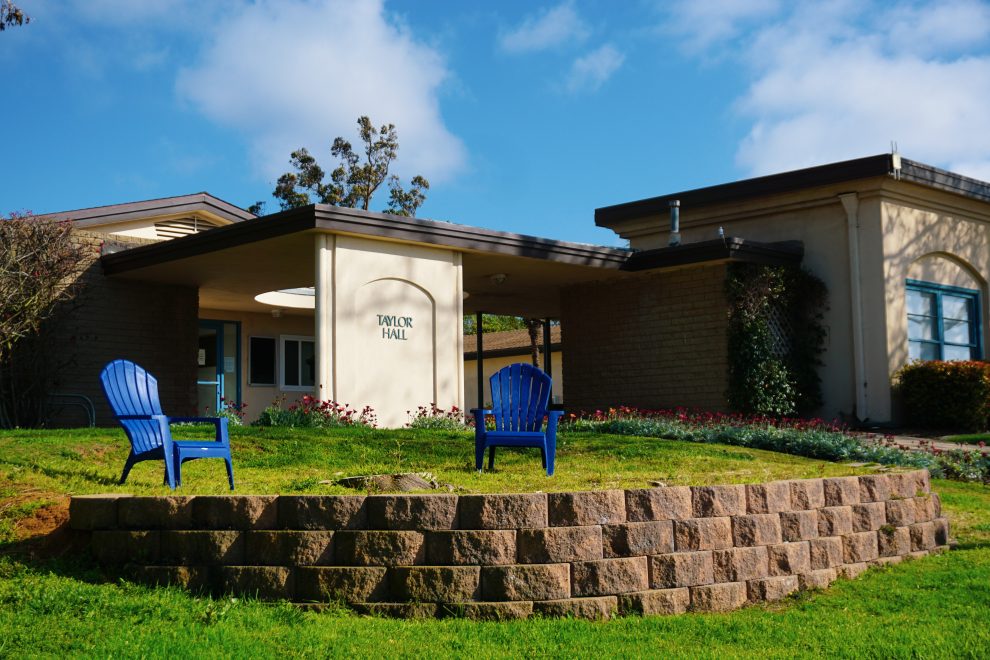 The start of this Fall semester has presented new, exciting, and sometimes awkward learning moments with Point Loma Nazarene University back to full capacity. All undergraduate students returned to campus for the first time in over a year. 811 traditional first-year students and 338 transfer students were offered admission and stepped onto campus as new students this year; however, for the first time in PLNU history, another group of PLNU students also took their first steps: the first-year students of 2020 who remained remote last semester.

Huff: Coming into college as a first-year student can be scary, shocking, and disorienting for almost all of us. But it can also be really hilarious; the switch from the top of the food chain (senior year of high school) to the bottom of the food chain (freshman year of college) creates some great stories.

So far my most “freshman” moment was two weeks into the school year. I had been really confused as to why I always felt late to one of my favorite classes; I noticed they started class without me and I couldn’t figure out why my favorite teacher had the audacity to start class early. It was when I checked the schedule that I realized that I had not in fact been showing up three minutes early to class, but two minutes late. And I sat in the front, which made everything ten times worse.

Thankfully, my professor laughed when I stayed after class to apologize profusely for my lateness. This humorous incident is one of thousands among my peers. Coming into college after COVID-19 has been a huge blessing, but also very disorienting.

I came into this semester feeling a little blind. I didn’t know where anything was, I had never been in a dorm room, and I already had a massive transition to deal with on top of everything else. I was really excited, but I had no idea what I was getting myself into.

To be honest, the beginning of college felt like summer camp, but that might just be the communal shower drain in the Klassen bathrooms talking. I kept looking around and thinking, “wait, this is my life?” It was a relief to hear from other first-year students that this was something that everyone was feeling.

Now, three weeks in, I am surprised to already feel at home in the PLNU community. There’s still a lot of adjusting left to do, but I feel like PLNU has really worked hard to make first-year students feel at home. Having so much time off campus during COVID-19 made the staff extra eager to make campus life memorable. The first day of class my professors all gave the same ten minute speech on how excited they were to have us in the building, in person. It’s weird that for so long we took in-person classes for granted, and now it feels like a miracle.

Speaking with professor Knowles, I gained a little more insight on how relieved professors are to have students back in the classroom.

“There’s something about having that physical space that does allow us to navigate that in a different way,” said Knowles. “It feels like more students are able to hang out and check-in and chat. In some ways Zoom made it more accessible for folks who were safely in their own home; but for others, it feels like having the in-person contacts creates that space of safety.”

Knowles offered some encouragement by speaking on the abundance of community at PLNU.

“I think especially to first-year students and students who are living on campus, this is such a beautiful time to connect with folks who are going through those same struggles, and with folks who can support you in a unique and wonderful way.”

She noted that dialogue between students, especially students of different years, is more valuable than we would think.

“I would almost encourage dialogue between students of different ages,” Knowles commented. “For instance, seniors have had a different experience of PLNU and can almost share with first-year students and those younger years what college is typically like. You’ve never alone and we’re all ultimately journeying together.”

I would echo this by saying that the times I have felt most welcome on campus have been when older students such as alpha leaders and students during NSO reached out and started conversations.

All things considered, I am three weeks into my life at PLNU and feeling excited about the years ahead. I came in with a lot of questions, and many are still unanswered, but what I have learned has made me hopeful for the semester and all that follows. I’m sure I will still have some incredible “freshman” moments (I’m waiting for the day I drop a plate in the Caf), but it’s all worth it, and at least I’ll get a good story for the school newspaper.

Alfaro: During my first week on campus this semester, I pulled a major first-year student mistake as a second-year student.

I crafted a really good breakfast plate in the Caf and decided to admire the ocean view by eating on the patio. I set my food down and forgot to grab a coffee, so I left my food outside and ran in to get my drink. As I walked back to my table, I was stared down by several students sitting at tables next to the windows with a mixture of disappointment and sympathy. I looked through the window and lo and behold a seagull was scarfing down my french toast, fruit, and, get this, my scrambled eggs. The seagull ate my eggs. They are ruthless; no one is safe. It was at that moment I knew on the outside I may look like a second-year student, but I am most definitely a qualified, and honorary, first-year student.

I attended my college classes from my bedroom at home last year because I have high-risk family members and I was scared of getting COVID-19 myself. Coming onto campus this semester was a bit of a shock — brand new people, classroom dynamics, not to mention the ruthless seagulls. I honestly had no idea what I was getting myself into.

At first, I felt very alone. Despite being a class of 554 students (Common Data Set) who also went through online school during the fall, I felt as if I had missed out and I was the only one who didn’t go to college in person during the spring.

It was strange getting an email in July asking if I wanted to volunteer at the new student orientation. How am I supposed to show first-year students around campus when I don’t even know where anything is? Where is the “second-year-student-who-didn’t-move-on-campus” orientation?

I learned I was not the only one who felt this. From transfer students who came last semester, to other second-year students like myself, to even professors who started teaching in spring of 2019, I think a large majority of us felt like coming on-campus a year late was a bit of a shocker.

Knowles could relate to what I was saying. She started teaching at PLNU during the spring of 2019.

“I had been in the classroom only a month and a half before I moved online,” said Knowles. “Predominantly, my experience has been on Zoom, but I am readjusting to having a live audience. I’ve been curious if there’s so much demanding folks’ attention that being present in class also feels like there’s a new level of challenge to that.”

I would say her observations are correct. Knowles noted that she’s seen much more pent-up anxiety and distraction in her predominantly first-year student classes.

“There are these demands, especially for first-year students, being in this college environment, coming out of a strange period where school has been a certain way and now all of a sudden it’s full force back on,” said Knowles.

I can relate. I am feeling the whiplash of being in contact with so many people, never spending time alone, and juggling homework. It’s a stark contrast to last semester.

To ease into this strange transition and begin to feel more at home on campus, Knowles offers this advice:

“All of these shared experiences are so deeply healing and really beautiful. My encouragement is for folks to be engaged with one another in whatever way that looks like as much as possible because I think that human connection fills you up. It helps you feel, it gives you meaning. It’s where all the good stuff is. There’s just an abundance of that available in college in particular.”

I now feel like I am a true second-year student. At first, it was hard to know where I belonged; the anxiety was present in the strange middle ground of being a first-year/second-year student. However, I am making friends and adjusting. Finding other students like Reyna and also Professor Knowles who are also going through this strange transition made me feel less alone. Additionally, my roommate and other new friends have helped me get caught up socially with the rest of my grade level. I had my first Ortiz’s burrito two weeks ago!

Of greatest importance, I can say (for the most part) the seagull and I have cleared things up and are on good terms. To know there are others like me on campus who are blooming a bit late and trying to figure it out has been the most therapeutic way to cope with the loss of last year.

By: Elaine Alfaro and Reyna Huff

Stupid Cupid
How to Succeed by Failing