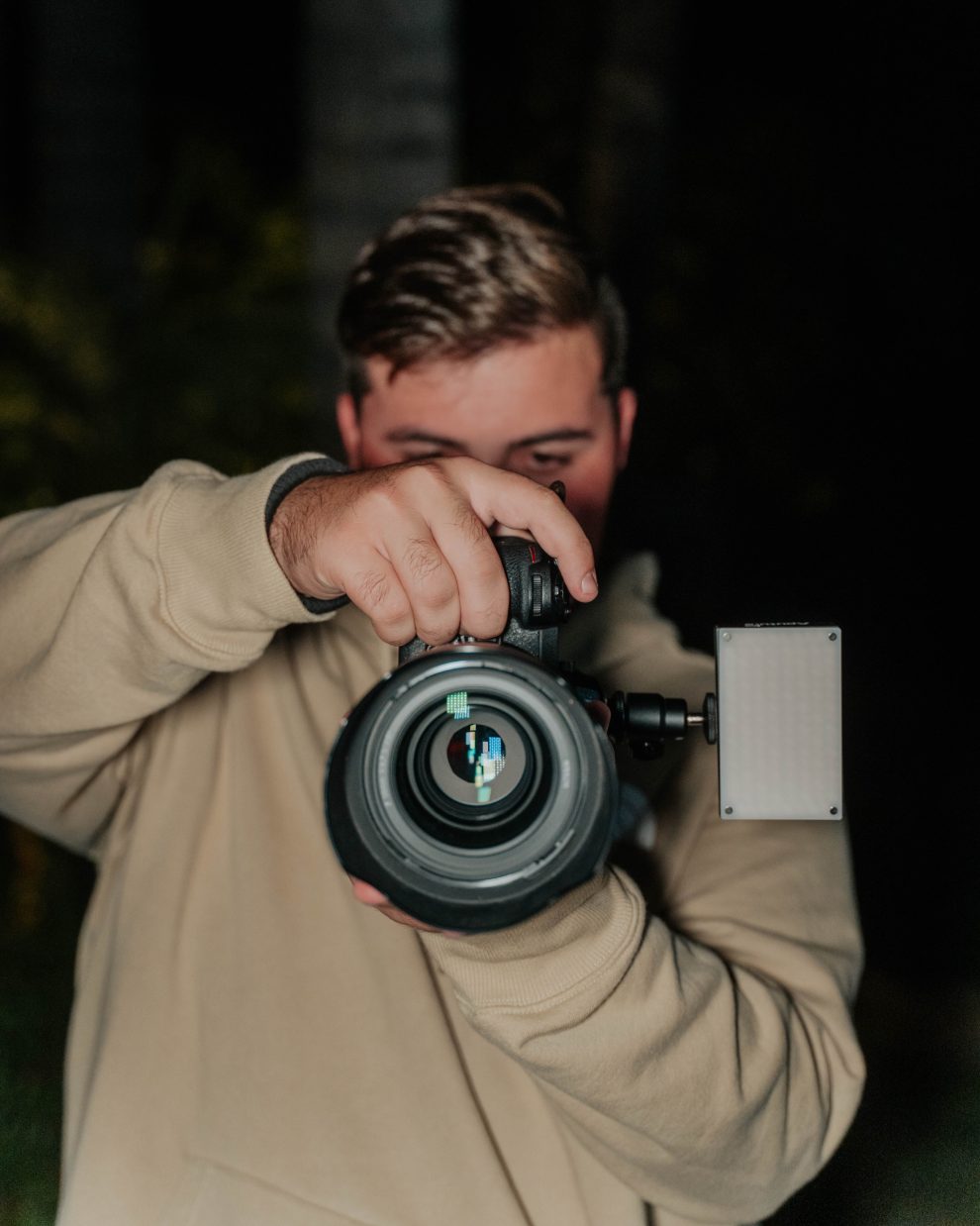 With 107 thousand followers on Instagram and 699 thousand on TikTok, Damian Brunton, 18, has a star-studded social media presence, featuring collaborations with Bryce Hall, Riley Hubatka, and other prominent TikTok stars and athletes. What started with a torn ACL turned into a full-time videography and photography career for Brunton.

Brunton, who initially planned to carry on his passion for soccer to the collegiate level, was left wondering how to fill his free time following an injury that brought his soccer career to a close his freshman year of high school.

“My dad is a professional photographer and has been shooting photos for around 30 years. He wanted me to try photography but I never gave it a try because he did it and I wanted to do my own thing,” said Brunton. “When I tore my ACL, he was like ‘well now you have nothing to do so why don’t you go shoot photos.’ I went outside, took a photo of a tree in our front yard with a really cool sunset behind it, and I’ve fallen in love with photography since then.”

It wasn’t until October of his junior year of high school that Brunton’s work began to be noticed by popular TikTok accounts. Brunton had around 50-60 followers on TikTok when he decided to post a video with his friend Shyla Ignacio, who had a similar following at the time.

“We weren’t anything on social media,” said Brunton. “I filmed a video of her dancing on my camera and I posted it, put some photos between it, and it got 900,000 likes and blew up.”

It was then that University of Nevada, Reno football running-back Dylan Overstreet, who had 100,000 followers at the time, took notice of Brunton’s work and reached out asking for a collage video of his own. Brunton agreed, which resulted in another hit video.

With over 14.1 million likes surrounding his uploads on the app, Brunton attributes his work to starting the high quality trend on TikTok where content creators use a professional camera to shoot their videos. Brunton typically follows the format of combining videos of a TikTok star/athlete with high resolution photos integrated between the clips.

After taking off on TikTok, Brunton has been able to create a full work schedule for himself, moving in between Los Angeles and his hometown of Sacramento and collaborating with an increasing number of prominent accounts. With the growing presence of TikTok celebrities making their way into the mainstream media, such as the new Hype House reality show starring various personalities from the app, there is increasing stigma and attention surrounding the types of celebrities Brunton works with on the app.

“Very few people know how to handle fame, [so] a lot of the influencers in the Hype House let the fame get to their heads and treat others accordingly,” said Point Loma Nazarene University third year psychology major Haley Martinez. “The show shows how it can emotionally scar you and make you conceited.”

“Personally, I think our generation has given way too much attention to these random people and that has given them a lot of power,” said Thomé. “The power goes right to their head and honestly messes up their life.”

Contrary to this stigma surrounding TikTok celebrities, Brunton has found his collaborations with the various influencers he has worked with to be a pleasant experience.

“Most of them are so nice in person, it’s crazy how they are portrayed on social media,” said Brunton. “They are so welcoming and wanting to take photos and it’s really cool being able to work with them.”

“When I started, it was just for fun shooting photos with my friends,” said Brunton. “It’s been crazy ever since then.”