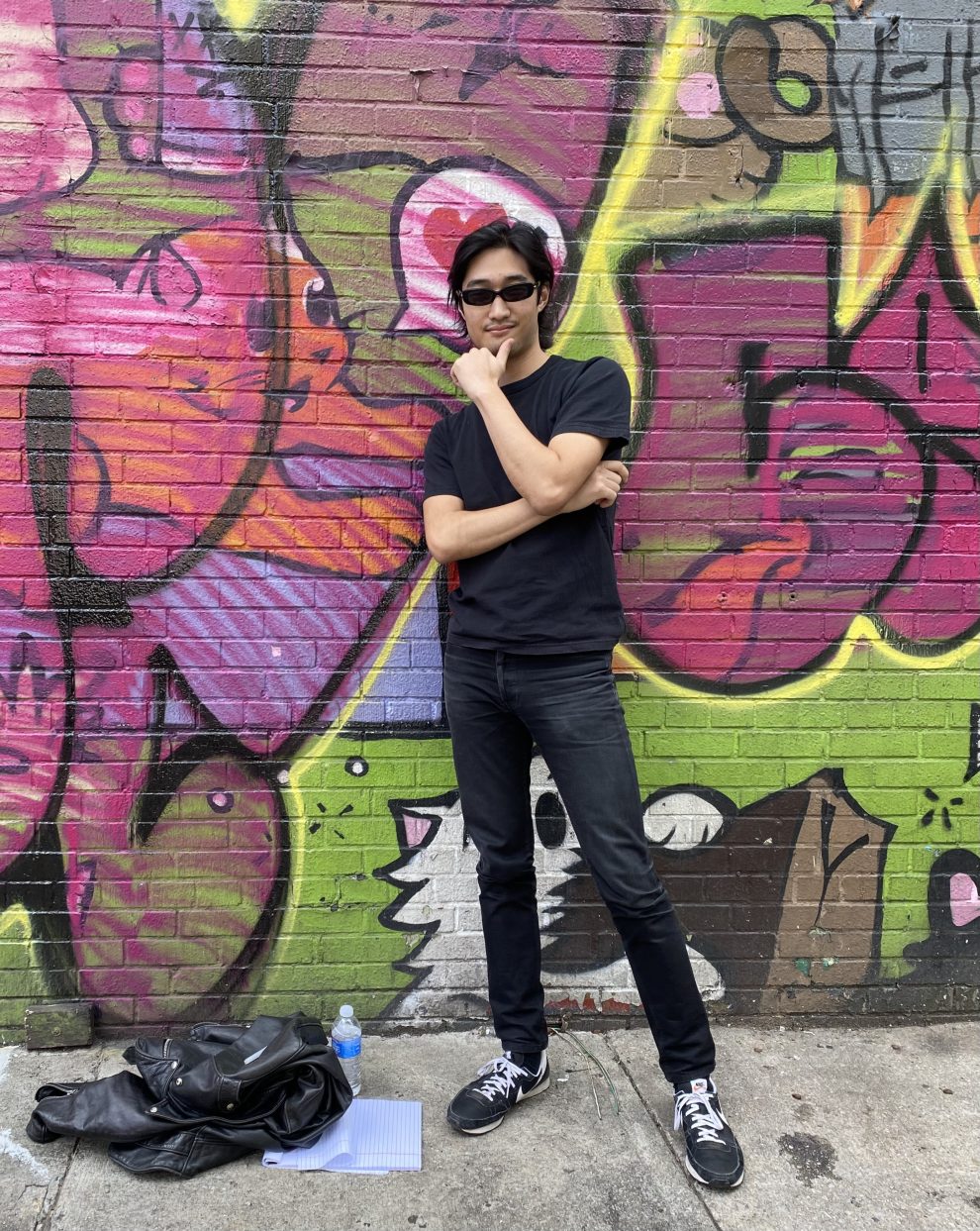 This is a recurring column by Charis Johnston, who is studying and interning in New York City this fall. She will be interviewing Point Loma Nazarene University alumni as she finds them, so the column may appear in The Point sporadically. For interview subject suggestions, DM @charis.johnston on Instagram.

Stephen Yoon graduated from PLNU in August of 2019 with a Visual Arts degree. He has been living in New York for a little over a year, having moved for a job working on an animated documentary, “The Conspiracy.” The 26-year-old contemporary artist asked me if I liked living in New York and when I said yes he stared at me, confused. Yoon said I’m not a real New Yorker until I have a breakdown on the subway.

The Point: Why did you choose to move to New York post-grad?

Stephen Yoon: I’ve always wanted to move to New York, even since middle school. I applied to New York schools for college but they were just too expensive. I was living in San Diego post-grad sort of working on stuff and figuring out what I wanted to do during the pandemic. I felt like there was such a deficit of creative jobs in San Diego because really, if you’re not military, biotech or biomed, you’re kind of straight-out-of-luck. I had gotten laid off during the pandemic doing graphic design, but there wasn’t too much work in San Diego left and I wasn’t willing to move to L.A. I applied to this position that was super random – it looked sketchy as hell.

It was a job in New York, seeking illustrators and artists that had training in traditional work but a working fluency in digital work. I applied and I was like, this feels like the perfect job, this is exactly what I do in my freetime. I applied on a Sunday, interviewed on Tuesday, got the job offer Thursday and then moved the following Thursday. I figured if I wasn’t going to take this, what would I take? It seemed like the perfect opportunity.

I’ve always been interested in film and I wanted to pursue film in middle school, which I guess coincides with this idea of wanting to go to New York. The problem with film is that it’s the most rewarding creative endeavor, but it’s also the most collaborative creative endeavor. It’s the one creative art where you really can’t do it by yourself and I really didn’t like that.

How am I, a broke b****, supposed to get a whole team together to make this happen? It’s really the perfect storm because everything has to be right, everyone has to do their job, or else a perfect movie on paper can just be horrible. To be able to draw for a film and say that I worked on one deeply, moved to New York and doing art successfully checked off all the boxes for myself. You have goals as a kid, [but for me] it all happened at once, which is kind of crazy. After six months I was like, I don’t know what I do now, I kind of completed all my five to ten year goals.

TP: Do you feel like you have answered the question: What do you want to do with that degree?

Yoon: I feel like what I wanted to do with art changed so rapidly within the last three or four years. When I entered college I wanted to do entertainment art, I wanted to work for video games or some production in movies and T.V. As an artist and as an Asian American, you want to have expression and show off your talent but you also want to feel useful and you want to have a lucrative job. It’s kind of a stereotype, the whole Asian culture [of] if you’re not a doctor [and] you’re not a lawyer… you can do art but it has to be graphic design or something that makes money.

I never considered being a real fine artist until I went to Loma. I think in a way the art curriculum is almost better than ivy league schools [Yoon felt like he could compare this based on conversations he has had with other New York artists who attended ivy league universities].

What was going to be a three month job turned into a year-long production, which recently wrapped up in August, leaving Yoon looking for his next project.

TP: What does your day-to-day look like as a contemporary artist right now?

Yoon: It’s hard because I’m still in this mindset where I have to try to be lucrative and it can be really hard to operate as a person, regardless of what you do when you feel like you need to do something that feels right, but maybe isn’t right to you. When your parents [ask you] ‘when are you going to get a job?’ or your friends [ask] ‘what are you doing?’ – there are these expectations that are placed on you or projected on you and that has very much affected me.

I’m not a big fan of ‘grinding’. I like the hustle but I hate the grind. There’s the whole idea that you need to do your time and be in the sh** to get somewhere big. If you want to be the manager, you have to do your time as an intern first and then you can be a low-level-whatever, then maybe after five years of suffering you can move up. That’s so ridiculous. If you’re genuinely better and you have people skills, there’s no reason why you shouldn’t be [the hypothetical] manager. Just because the dogma of corporate America [says] you have to do this and that just to be qualified for a certain thing is completely ridiculous. It is this sort of mentality, I think, that keeps people down: this is the only way and if this is the only way I can do it, then it’s the only way everyone else can do it.

Artists, publishers and writers – they don’t need the establishment to make money anymore. If you can get a following, you can make more money than most people that work in the actual business. In the old world, you needed a publisher, gallery representation [or] an agent to even be in the field. It was true, you did need to put in the work to get the job, but it’s not like that anymore.

Yoon fumbled with his white legal pad littered in inky black scribbles, doodles, layout designs and notes. Sketchbooks are overpriced and he did not feel the need to waste money putting his “chicken scratches” on anything official. Yoon said that as a kid he drew on all his homework and each of his notebooks were full of drawings, but he never used a sketchbook. He writes, conceptualizes ideas and attempts to push past the fear of failure in the pages of his legal pads.

I can’t do routines. I could never be a part of the grind, I don’t work well at all. There’s a difference between motivation and discipline. I could be struck with the greatest idea in the world, but if I am not going to sit down and do it, what difference does it make? I just have to make sure that when I’m struck with inspiration, I work six times as hard in that hour, whereas someone else would [work] for six hours.

Yoon: Things take time. They take a lot of time. They take more time than you think. I didn’t achieve these goals until I was 26. I was doing nothing for basically three years. We are so used to instant gratification: why am I not this yet? And I still suffer from that.

Things take time and you don’t have to work that hard.

I feel like it’s drilled in your head from [the time you are] a kid that you have to work hard all the time, it’s all about the grind, you have to hustle, 24/7 work. Nah, dude.

I didn’t have great grades, I barely did my homework, I didn’t study ever. People draw for hours a day, I maybe would draw for an hour during class and maybe a little bit after school, per week. Even when I work here, I don’t work overtime. Don’t work on the weekends. Just live. I think because of this I have more energy and more thought to put into the time I do work as opposed to chipping away at a rock with a toothpick.