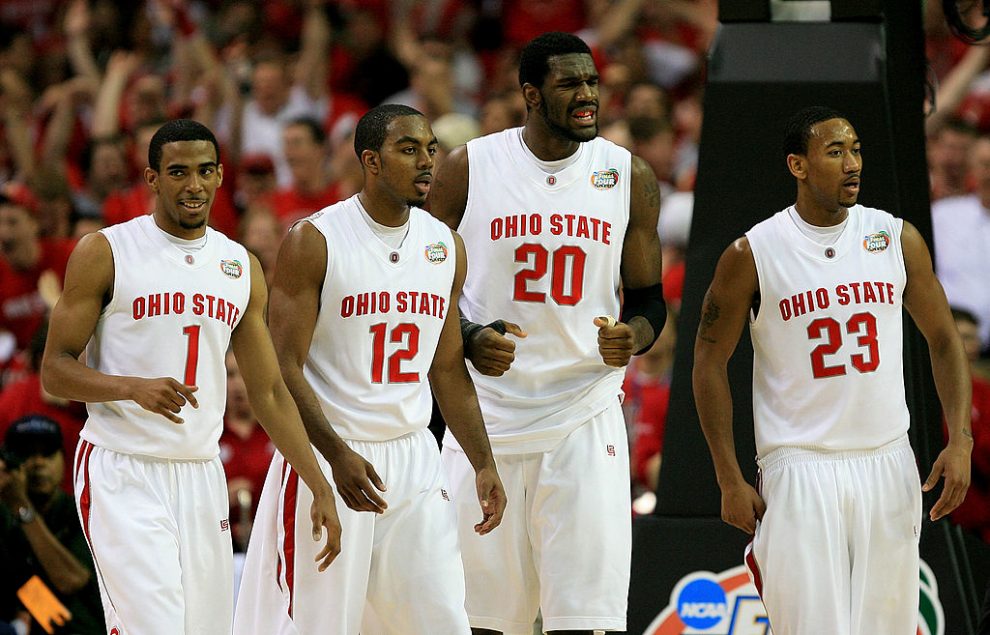 March is usually the best month of the sports calendar for sports fans. March Madness offers the chance to watch games all day—even a few at once if you want—each finish more exciting than the last. The NBA regular season hits the final stretch, so the intensity of games picks up, and baseball season begins. Usually sports offer an escape from the harsh realities of the world, but not anymore.

Without sports to watch, life is really boring for degenerate sports fans like myself. For the rest of the semester, I will be watching old games (since that is the only option) and giving quick takeaways from the games in a new series called Check the Replay.

In the spirit of March Madness, I watched several games from the 2007 March Madness, Kemba Walker at UCONN and the 1992 regional final between Kentucky and Duke. Then I was blessed when CBS replayed the national championships from 2008, 2019 and 2016 on Sunday, three incredible title games with big-time shots. (Yes, I have a lot of free time, and yes, I really miss sports.)

1.     I fell back in love with the 2007 Ohio State team, led by one-and-done freshmen stars Greg Oden and Mike Conley. Conley was incredibly composed as a 19-year-old, and his hesitation dribble was just filthy. Oden was an absolute monster, and even though Kevin Durant is unstoppable today, I can see why Oden was the number one pick in the 2007 NBA Draft instead of Durant. He was in foul trouble a lot and also looked a bit out of shape, but when he was in the game, he dominated the game offensively and defensively. He dunked with such force and did a pull-up on the rim every time he dunked, and he also played with agility in the paint. His 25 point, 12 rebound and 4 block performance in the 2007 championship game against Florida was surely what locked up his status as the top pick.

2.     Speaking of the 2007 championship game, what an incredible game to re-watch. Florida was trying to win back-to-back titles, and Tim Tebow had also led Florida’s football team to a national championship victory that January…over Ohio State no less. Florida beat Ohio State in basketball too by a score of 84-75, led by Corey Brewer and Lee Humphrey lighting it up from beyond the arc, and Al Horford put up an impressive 18 points and 12 rebounds against Oden, as Horford’s ability to knockdown mid range jumpers was crucial. Also, Oden has one of the most ferocious blocks on Brewer in the first half.

3.     It is incredible to realize how much basketball has changed and how much better players and teams are today. Teams were so bad at shooting threes, but they also didn’t take very many, even as recently as 2011. Kemba Walker was cold-blooded and a deadly shooter, and every shot Lee Humphrey took at Florida felt like it was going in, but there were not too many other players who inspired much confidence from three-point land. My biggest takeaway is that the quality of the game has just improved so much!

4.     On the other hand, there are some great things about watching old games and the difference in style of play. Defenses were so physical, and while teams did not shoot as well, they moved the ball and moved off the ball much better, and my favorite part was watching them run fastbreak offense. Instead of settling for threes, players got out in transition and ran 3-on-1 or 3-on-2 regularly and got layups or dunks. The pace of transition was exciting to watch.

5.     Even when you know what happens, the clutch shots and great moments are so fun to watch again, and I appreciate them more now than when I was eight or nine. Ron Lewis hitting a shot for Ohio State to send the game to overtime against Xavier with an all-time great call from Gus Johnson. Mario Chalmers sent the national championship to overtime with his three. Kemba Walker crossed over and stepped back against Pittsburgh in the Big East tournament. As a kid, I tried to replicate all of these shots in my driveway, and now, I had an excuse to watch them over and over and over again.

6.     People hated Duke and Christian Laettner so much in 1992, and when he stepped on Aminu Timberlake, the commentators didn’t need instant replay to immediately blast Laettner. Everyone in the arena was booing Laettner lustily during his free throws after. (Go watch ESPN’s 30 for 30 I Hate Christian Laettner for more content on white players at Duke that everyone hates.) Meanwhile, Laettner was unbothered and proceeded to hit the most iconic shot in college basketball to defeat Kentucky on their way to a national title.

7.     How the heck did they not show the score or time during the game in 1992? They only flashed them up periodically, and it makes no sense.

10.  Thank you, CBS, for putting on three of the best national title games in a row on Sunday to fill my day and make it feel like March, at least for a little while.

Where can you “Wear Justice” if you have nowhere to go?
Young Life Photo Series