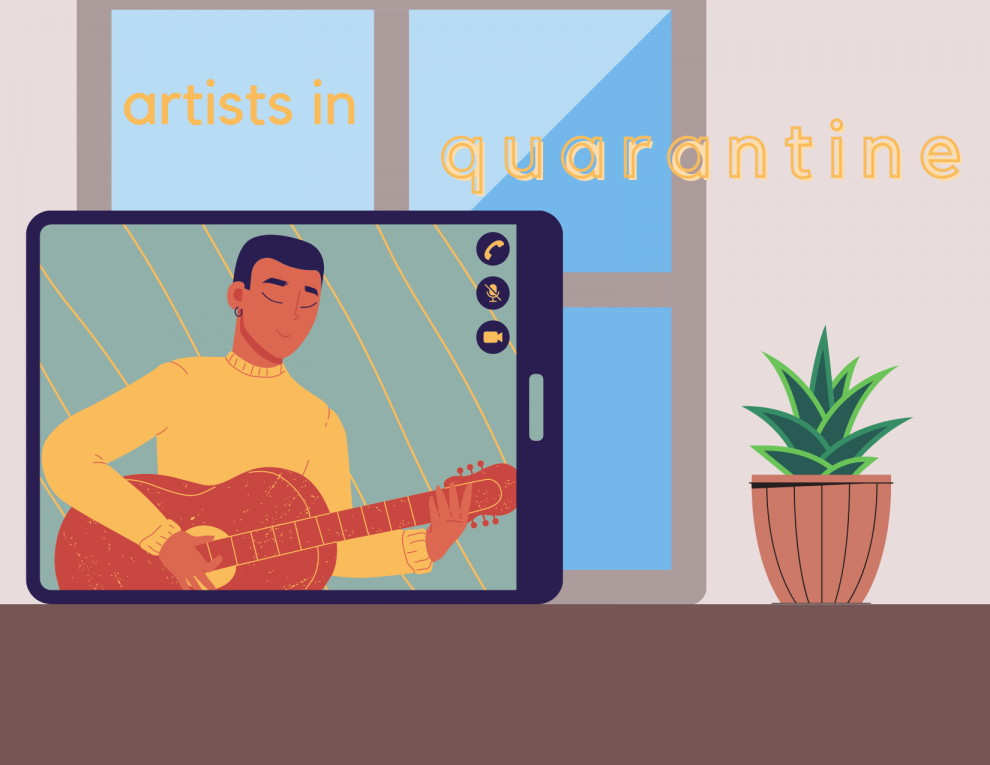 Trevor Tillman is a man of many talents. Both a poet and musician, the PLNU senior said he felt called by God to use his time in quarantine productively. This included finishing his soon-to-be published book of poetry and recording an EP of worship music. Tillman felt driven by his frustration and free time to continue his artistic pursuits. He spoke with The Point about his time in quarantine and the effects on his art.

TP: How has your work progressed or been influenced by time spent in quarantine?

TT: At the beginning of quarantine, I felt God told me “you have all the time in the world for the next few months. You can’t complain about the things you want to do when you have the freedom to do them.” So, I decided to exercise more and finish and publish my poetry book while also working on a worship EP, which I am currently recording right now. I didn’t get inspired by anything during quarantine. I continued the work that I already started, which was inspired by my own experiences out of which I dug deep wells with God. It is out of the deep wells with God that my worship flows, and in doing so, fuels my creativity to create.

TP: When did you start expressing yourself through art?

TT: I was not an artistic person growing up because I played sports, but I started singing my freshman year of highschool. As I grew in my gift, I learned different styles and techniques of singing that I still use now. As I progressed in high school, everyone began to encourage me to sing more because they liked my voice. As I became more confident in singing over the years through multiple opportunities, I realized if I do make music, I want it to be for the Lord. When the opportunity to make music arose last November, I took it. Nick Luna, who is a junior, sent me an instrumental after I performed a spoken word in chapel and asked me to write some lyrics to it. It was the same song that inspired me to create a whole worship EP because I saw a creative side of me come out that I don’t always get to express.

I didn’t start writing poetry until a month before college. It was a polytheistic co-worker of mine at the time [who] encouraged me to write poetry because he said I gave good speeches. So I went home and gave it a shot. To this day, I don’t think I wrote a more powerful spoken word laced with such rhythm, rhyme and meaning. It was my first poem, and others’ reactions to it inspired me to continue, but also write a book of poetry that would have people encapsulated and touched by the presence of God. Poetry became my emotional outlet. It is therapeutic for me because I am able to express myself in words that I normally wouldn’t use. Poetry is the language of the silent or the silent language of the loud. It gives a voice to the voiceless, who can be the shy student in the back of the class or the outspoken athlete who doesn’t talk about their feelings.

TT: I am publishing a book that should be out in November and this is one of the poems from my book, but also I am releasing a worship EP so stay tuned for that.

The Prison of Conformity
By: Trevor Tillman

The bars of the prison I’m in rust away
With the sea of tears that have drenched them
My heart screams to set me free
But my mouth says “keep me here because it’s better to be in prison community than to be alone.”

I realized that I have walked myself into a prison society
built but on the backs of perpetuated lies that I had a key for
But I stayed there
I sat there and stared at the other men and thought to myself, I wanna be like them

A man whose conscious is sacrificed on the altar of cultural relevance
Although I had the key
It was inside me
So I reached down my throat and threw it up
and opened the gate to my freedom
and walked free
Unconsciously leading others to do the same
We walked free from a society that
whipped us,
smoked us
and drank us into submission
I realized I didn’t have to fit in because I was born to stand out
Where my confidence and self love met the insecurities of my flaws
Is where grace met me there
Grace met me like a mother’s warm embrace loving me whole
My shackles have fallen off
I am free to be me