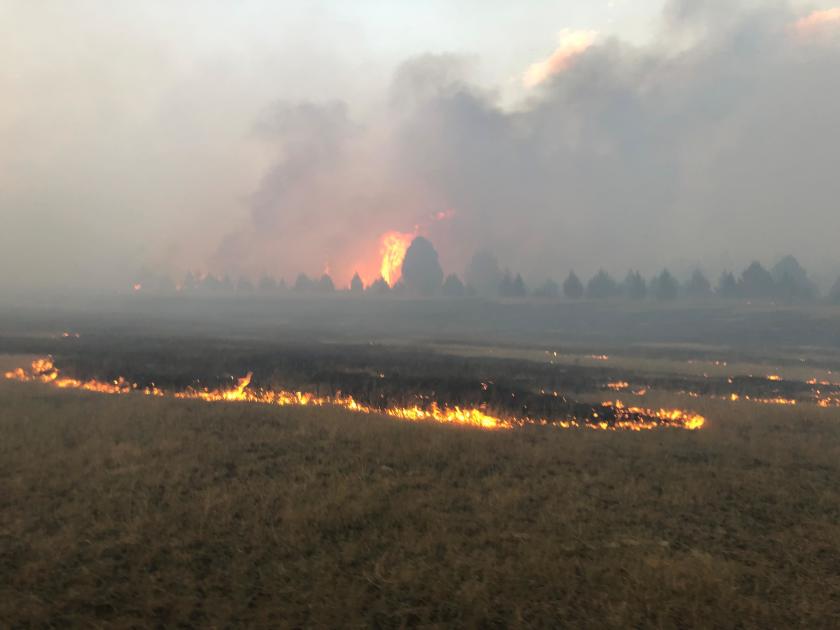 One of the many things I enjoy about Northern California is its beautiful and abundant plants and trees. For the past few years, I’ve typically spent a good amount of time planning out my fall break in an area that showcases the season’s best colors. It didn’t take much time to decide I wanted to spend time visiting my boyfriend in Northern California. As I boarded my flight to Vallejo, I had no idea that more than half of my weekend would be spent looking for light or power. The trees that I so admired would soon be turned to ashes.

By Sunday morning, I had no access to any of my belongings and was stranded in a city with no power. I woke up early to meet my boyfriend’s family for breakfast and soon found out that a fire had broken out on Interstate 80 in Vallejo, Ca. “The fire won’t jump the freeway,” my boyfriend’s dad said. “The apartment will be safe.”

What seemed like minutes later, news had spread that the fire had jumped the freeway and was spreading to the hills of Cal Maritime Academy. Not only was this my boyfriend’s university, but his apartment was perched right outside of it. By the time the university had called an evacuation of all of its residents, it was too late for us to grab our things. The only thing we had brought with us was our wallets.

The rest of the weekend was filled with uncertainty. PG&E had shut off the power to many of its residents in Vallejo and the counties surrounding it. On Sunday afternoon and through the evening, we drove around trying to find places with power. We found a Starbucks that was 30 minutes out from his apartment. It was one of the few places we spent hours at just to recharge our phones and computers. By Sunday evening, my first text message went through to my mom to update her on the fires.

Luckily, my boyfriend had friends who lived in the areas not affected by the power outage and we were able to find refuge there by Monday. For hundreds of students at Cal Maritime, they were evacuated with no place to stay or cars to get them there. Although I returned back to San Diego Monday evening, safe from the danger of these fires, I knew that the temporary inconveniences from my weekend were humbled by the vast damage these fires had caused to the community.