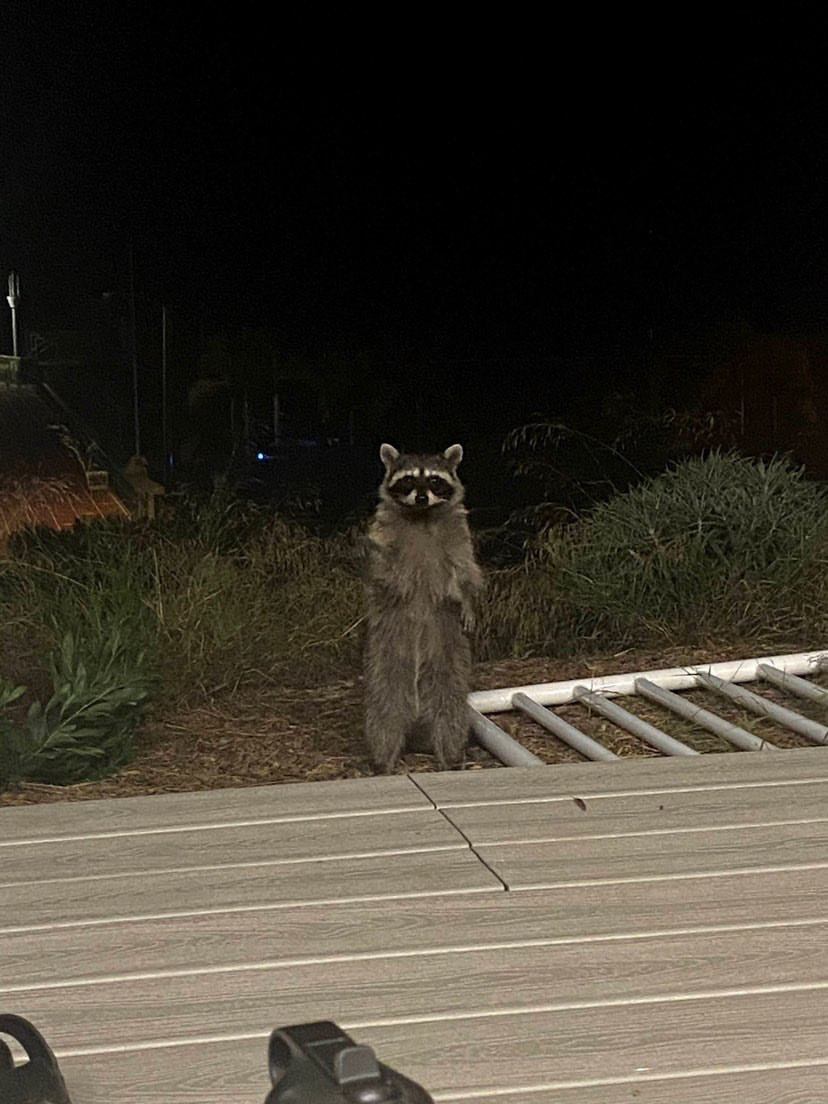 Living on campus sure is an awful lot of fun. Every night is like a new adventure. There are a ton of people here, which is kind of scary sometimes, but we are kind of like celebrities to them. They love to take pictures of us and give us food. My mom says we should not accept food from them, but they always seem so eager to share it with us. I guess they always have way too much of their own food. I’m not going to complain about them sharing with us, that’s for sure.

I love wandering the campus at night after a good day of sleep. There are less people out so it is a little less overwhelming. But last night I did something really crazy.

The moon had risen several hours ago. I had overslept but I was still a little tired. But my brother, Ronnie, was wide awake and ready to go out on the town. So I shook off some of the moisture from my fur and headed for our gutter exit. We climbed through the hole and the crisp night air was such a relief after being in that stuffy underground hole all day. Sometimes I want to move out of our house and onto one of the hills so we can live in the trees, but one big plus side of living in the gutter is that it is a lot easier to keep our food to ourselves. We looked around and there were not very many people out and about for once, which struck us both as odd. Mom says that people sleep at night instead of during the day. That just seems so silly to me. I think they would get too hot walking around in the day.

The exit to our gutter is on a hill, and we usually turn to walk up the hill, but I was still tired so we decided to go down instead. There isn’t anything too interesting down the hill. There are a few more buildings and people, but not as many as there are up the hill. We know that the people live inside the buildings because when we wander around outside they record us through their doors and windows. I wonder what we did to get so famous.

Ronnie and I made our way down to one building and we were circling it looking for scraps. That’s when I discovered it. An opened door. I had never been inside the dwelling of a human before and I couldn’t contain my excitement. But that’s not even the best part. Inside the room with an open door was a little table. On that table was a plastic bag. If there is one thing I know about humans, it is that they keep good food in plastic bags. I couldn’t contain my excitement.

Ronnie read my mind. “Rocky, don’t! It’s not worth the risk.”

“Raccoons were born to take risks, Ronnie,” I said.

And then I was off. I darted for that plastic bag like it was a pot of gold at the end of a rainbow and snatched it with my little paws. The bag and I both fell to the floor and I wrestled with it trying to get the prize box of food from inside it. It smelled sweet yet with a hint of spice. I hoped for cajun pasta.

I could hear Ronnie yelling at me that people were coming, but I was too focused on getting the food. I knew time was of the essence and I wouldn’t be able to free the box from the bag, so I dragged the bag as quickly as I could from the human’s room to the door I came in through that was still left open. I risked one glance backward and saw the humans laughing and taking pictures of my theft. They must have left it out for me after all, since they don’t mind me taking it.

Ronnie still thought I was crazy and kept asking me what I was thinking as we made our getaway. But I didn’t care if I was crazy. All I cared about was the feast we were about to indulge in. He helped me drag it into some bushes across the sidewalk by the building, and with our combined strength we were able to tear into the bag and break the styrofoam box open. The scent was intoxicating, both sweet and savory. We dug in.

After our indulgence, Ronnie and I both laid on top of one of the white, cement walls. We laid on our bellies facing each other, with our little legs dangling on either side.

“You know,” Ronnie said, “I really like living with these humans.”

And I agreed. These humans treat us well.