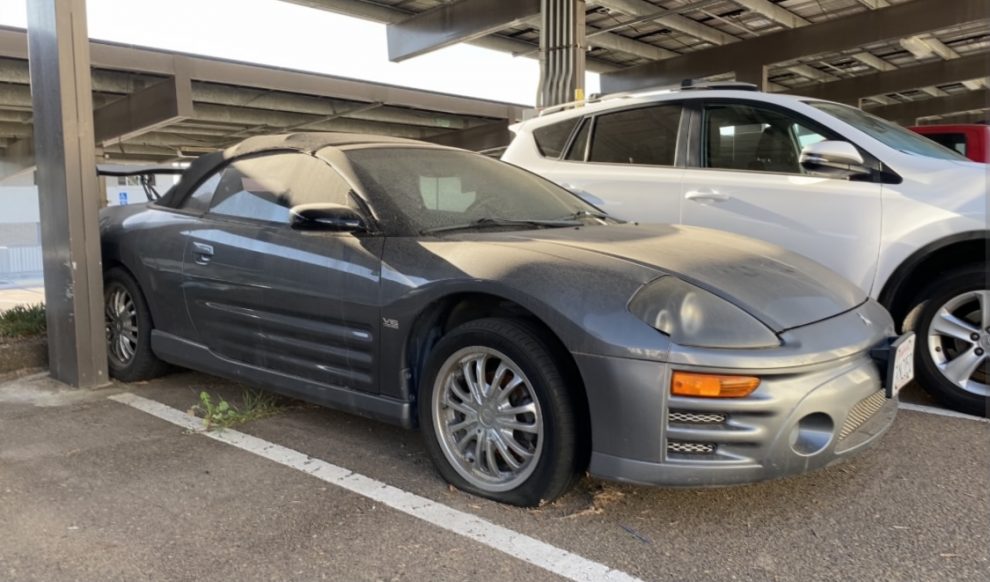 It has been over a year since my owner abandoned me on this cliff side, early one fall morning. It started out like any other day. My owner and I drove to their school so that they could attend their classes while I waited for them where they parked me. You see, my owner’s occupation was called a “student,” and they reported to their superiors who are called “professors” in buildings called “classrooms.” The occupation of a student is very demanding, so at first I thought that my owner did not return to me because they were working overtime. However, they always returned to me before the sun set. The sun has now set and risen many times, and I have come to terms with the fact that I may never see them again.

I have now learned the patterns of this place like I never did before. My owner and I would come here everyday, but most other students stay here all the time, sleeping in the buildings of the parking lot I am left in. I never knew that students lived here. However, many moons ago the other students began loading up their own cars, trickling out one by one, all speaking of going “home” before driving off with their cars. I want to go home, but I no longer know where my home is.

Several months ago I felt an ache in my front right tire, and the air began escaping painstakingly slow. I was powerless to stop it. By the end of the night it was completely flat and my full weight pressed my rim into the jagged asphalt of the parking lot. The rest of my tires have been able to stay strong for now, but I fear they too will soon give in.

Twice I have thought that I would be saved. I was approached by two different men on two different occasions, both dressed in a uniform that indicated they must have some level of authority. But when they approached me all they did was force a ticket under my stiff windshield wiper. Can they not see that no one will be returning to collect these tickets? Is it not clear that I have been abandoned?

The students have now returned again after several months of absence. After over a year of standing stagnant the dirt is caked onto me so thick that the students draw vulgar images on me, mocking me. It is humiliating. Do they not know that I have feelings? Even the other cars around me are beginning to share their sympathies, but like me, they are powerless to end this nightmare.

This is my desperate plea to be towed. It is time for me to leave. Will anyone listen to my plea?