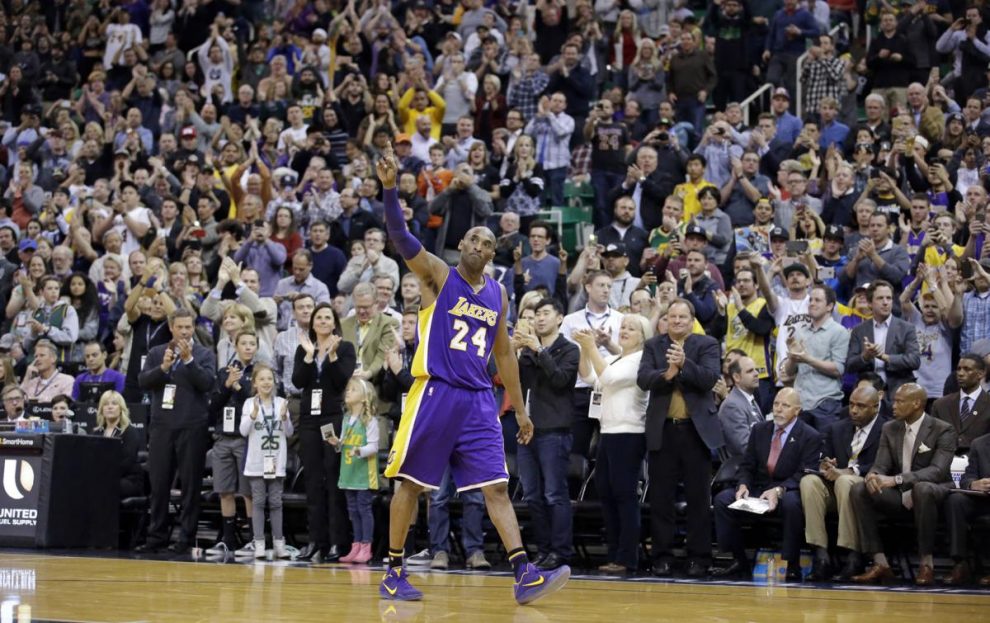 On Jan. 26, Kobe Bryant, his daughter Gianna and seven others died in a helicopter crash near Calabasas, Calif. It is fair to see this as one of the most sudden and tragic events in the NBA, and maybe even sports history, and teams, players, journalists and fans have mourned and celebrated the man who affected and inspired so many. Seemingly everyone has a different memory of what Kobe meant to them, so here are just a few of the lessons that we can all learn from Kobe Bean Bryant.

Greatness is something that is taken for granted far too often. In the world of sports, people are always on the lookout for the next great player. When Kobe came into the NBA in 1996, he was constantly compared to Michael Jordan, the player he clearly modeled his game after. As Kobe built his own legacy and Jordan retired, the question was always “Who is better?” After LeBron James came into the league in 2003, Kobe and LeBron were always pitted against one another as fans and sportswriters wondered who would rank higher in their subjective list of top players in NBA history. At the end of Kobe’s career, people began to criticize his shot selection and complain that he was not playing smart, analytical basketball. Kobe was always one of the most polarizing sports players, you either loved him or hated him. I think it is telling to see the friendships that Kobe built with LeBron and so many other players trumped the outside noise. Teammates and opponents alike loved and admired Kobe so much. They appreciated his greatness, which is something that fans sometimes forget to do as they constantly compare players and look for the next big thing. It seems silly to do that now, so let’s simply sit back and enjoy the greatness of Kobe, LeBron, Roger Federer, Tom Brady and more because nothing lasts forever. Love him or hate him, you have to respect the greatness of Kobe.

One of the coolest things to come from Kobe’s death is all of the stories about Kobe after he retired from the NBA. He was always a maniacal worker on the court, and it can be hard for many players to adjust to life after basketball, to find something new that they love to pour their lives into. For Kobe, it was easy. He wanted to be the best dad for his daughters and the best husband that he could possibly be. He invested himself fully into his family, especially with Gigi, who seemed poised to pick up right where her dad left off in the basketball world. In all of the tributes to Kobe, the pictures and videos of him with his family are the ones that are heart-breaking because the impact and pain is unimaginable. This also extends to the families of all nine people on the helicopter because, as Michael Fox says, “Family is not an important thing. It is everything.”

Kobe Bryant never went to college, going straight from high school into the NBA at the age of 17. Now, it might seem like you don’t need college if you have a 6’6” frame, unbelievable athleticism and incredible basketball skills like Kobe, but Kobe’s success was never limited to his physical gifts; it was always about his work ethic and will to win/succeed. His workouts and preparation are legendary and mind-boggling because he never let anyone outwork him. He never feared failure and never backed down from a challenge. Kobe also pursued his interests with a hunger and passion that allowed him to be successful on the court and off it. Many stories also came out about Bryant’s obsession with successful people, and he always wanted to meet with people who were successful in different industries. He obviously had unbelievable success on the basketball court, but he also won an Oscar in 2018, less than two years after he retired from the NBA. Yes, Kobe was an incredible basketball player, but his work ethic, commitment to his passions and desire to learn new things meant he would have succeeded in anything he did.

4.     Tragedy forges the strongest of bonds.

The outpouring of response to Kobe’s death has been remarkable and inspirational. In a nation and world so often divided by issues like political stances, spiritual beliefs, racism or even more trivial questions of the greatest basketball player of all time, it was refreshing to see the unity of the response to Kobe’s death. Players and teams across the NBA took 24-second and 8-second violations to honor the two numbers Kobe wore, athletes in other sports donned Kobe attire in their games and matches, the Chiefs and 49ers lined up for a moment of silence at the 24-yard line, and so many more things have been done in honor of Kobe Bryant’s legacy. People in Los Angeles were united in their grief, yet they were truly united because tragedy can bring people together in ways that almost nothing else can. The tragic wildfires in Australia united people across the globe, and many tennis players focused their attention on supporting Australia in its time of need as many of them were in Australia for the Australian Open. Shootings and acts of terrorism are tragic in the most horrible way, but they do bring people together in grief and bring them together as they seek restoration together. Tragedies bring people together at their worst, yet they might actually bring out the best in people as everyone comes alongside one another, unified as one.

The Return of Intramurals